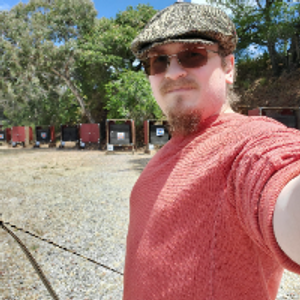 Follow
GRMendell
1 Post • 2 Followers • 1 Following
Posts
Likes
Challenges
Books
Challenge
Challenge of the Month XXXI
Write a story about astral projecting into the room of your sleeping enemy. A psychopath crawls through the window and is skulking toward the bed. You have the ability to stop the violence, should you choose, by scaring the shit out of the perp, or you decide to simply observe and taste the sweet wine of revenge. But, you know it comes with a cost: Your conscience. Does this person really deserve death, or close, or will your intervention put you at peace with the past?

I don’t know how I knew it was time. For months I had poured over the tome in my hand, following its guidance. The astral plane holds many risks was a sentiment echoed across every chapter, not only penned by the author in their rigid script but inscribed in the margins by those who possessed the book before me. One must not travel too far without practice and conviction: I was certain I had both. For months I had wandered the confines of my home, observing the tether to my body as it lay slumped in the dark room clouded with incense, practicing manifestation, each minute fighting against the blooming curiosity in my chest. He’s only an hour’s drive away, I can remember thinking to myself, I could be there within minutes. Even as I did my best to focus, ears open for the clicking sound mentioned by the worried scribbles in the book, I couldn’t help but play and replay what he did to me, and how good the look on his face was going to be when I manifested in front of him, how dumbfounded he would be as I…

But I wasn’t ready back then. I don’t think I was ever ready, but somehow I knew it was time. Time to see him. I took my time with the ritual, preparing the circle with runes practiced by rote, hand shaking with anticipation. Images of him crept into my mind as I fetched the incense and candles from the sturdy wood dresser. He had me pressed up against this. “No one will believe you” he whispered. I hastened to get the matches. All around me were phylacteries of memories from that day, from that whole month: all opened at this moment, revived to fuel my hatred. I turned off the lights and knelt in the circle, my defense against the things which waited in the shadows. One by one I lit the candles, beacons of amber in the darkness. My compass through the void. Guided by dim light I started the incense, sandalwood smoke filling the air in a matter of moments. That’s my anchor. It took tremendous effort to get him out of my head, but I needed a clear mind to separate myself from my body. I am above a lake, perfectly still. My mind is like the lake. I envisioned myself, seeing my reflection in the water, pushing through into the unknown depths below the mirror like surface. The chill of the water in my vision was palpable, and with its cold touch I opened my eyes to see the back of my body sitting lifeless within the circle. A smile grew on my face, as it had each time I had succeeded, but behind the smile this time I could feel the sparks of anticipation.

It was finally time.

I took just a moment to check my tether and listen to my surroundings. Despite what shows will tell you everything looks normal when you’re projecting yourself: there’s no funny blurry effects or drowned colors or anything like that. But there are Shadow People. I could see them staring at me with curiosity, their figures only just visible as human shapes in the darkness of my room. The book said they were harmless: it was only time to leave if you heard the clicking. Tonight wasn't the time to think about that. Tonight I was going further than I had ever before. Like I had practiced I focused on something I wanted to go to. I pictured his face, the drooping brown hair that covered the left part of his forehead, his blue eyes with their feigned kindness, the toothy smile he always wore which I grew to hate. He was clearer than I had imagined him in months, and I lost time staring back into those eyes that had devoured me with such maligned intent. It took me a moment to realize the smell of incense was gone, and I found myself in an all too familiar room: it was still painted the same dull beige, covered by a mosaic of rock band posters. I could feel the rough carpet under my ethereal feet, could feel a gentle breeze from the opened window.

And I saw the bed, tucked in the corner, illuminated by only a streetlight. His back was to me, sleeping, curled into a loose ball like I remembered. His hair was still the same, cut just above the neck, and he still wore the same black nightshirt: it had more holes in it than last time. I found myself frozen, staring at him as his side raised and lowered with each breath. Old memories flooded my mind and clashed with my anger, memories of laughter and softness and tender moments. Those memories which pain and betrayal had soured. In the end those good memories had left deeper cuts than I ever gave myself. Does he even remember me? Does he think of our time together the same if he does? Should I even be here? The doubt hit me like a train, but like the astral projection I had practiced against that as well. I knew the answers to my questions. I remembered what he did and what he took away from me. I remembered how I felt after he left, remembered the tears on my parents faces after they found me at the hospital. I remembered the months of pain and doubt, I remembered how broken he left me.

And I knew this was right.

I approached him as he slept, rehearsing my lines one more time. Every one of my senses was alive and stronger than I had ever experienced, which is why I noticed the shadow grow behind me. I turned, and for the second time that evening froze as a figure crawled through the open window. Their features were indistinguishable with the pallid light behind them, but the glint of a knife was obvious. Fear clutched at my heart for a moment before I realized they couldn’t see me. I watched them peer around the room, eyes invisible but their focus obvious: they were looking at him. How could I know if they were a nervous thief or some nut looking to get an adrenaline rush? Scenarios bubbled into my head as time seemed to slow. I could feel panic climbing from my stomach to my head, the static buzz of anxiety beginning to simultaneously dull and heighten my senses.

The figure had made their way into the room completely before I was able to take control of myself, and I saw them turn to the dresser, eyes now fixed on the open laptop and the little box which kept spare change. Any noise from the thief… I thought to myself. I envisioned both their surprised looks, and imagined how that knife would look buried in my former lover’s chest. The vision lingered in my head, and I didn’t fight it. The thief was busy rummaging through my former lover’s things, and again the ember of rage burned bright, but this time paired with cold revelation. I remembered a passage in the book, one circled and annotated by countless other practitioners before. A feeling of joy began to creep upon me, and without hesitation I moved towards the thief. Not pausing to question the sensation I pushed my hands into them, feeling around for something to grab. The thief shivered as my grip solidified upon something, and with my greater presence of mind I ripped out their spirit and cut their tether, ignoring their garbled screams and the sound of clicking as I took their place in their own body. There was a momentary shudder before I felt the strain of the thief’s eyes in the darkness, before I felt the roughness of their clothes and the tightness of their boots and the weight of the knife in my hand. And I looked in the mirror and saw my own body. The toothsome grin across my face flashed for just a moment before I turned around in this borrowed body to mete out my justice.

The news reported it as a homicide, a man stabbed to death by a thief caught off guard. An autopsy was still in progress on the thief to identify the cause of death. The picture they included with the article was an old college photo of my former lover, smiling with that hateful smile. But I’ll always remember the look of recognition and fear on his face when he saw me that night, and I don’t think that will ever not make me smile.