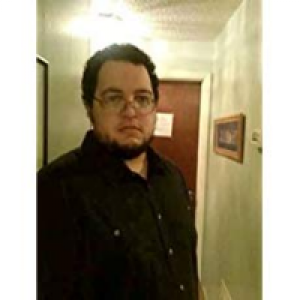 The Business of M.E.

Greetings, I am an entrepreneur.

I am in one business only, and that business is, ME!!

Now, I ask you, are YOU in the business of ME.

Who else is in business of promoting the brand called ME?

Let me know if you are, I'd appreciate it..

Interview With The Realm Spirit: Part 1

Good to be back, Joseph. What's on the agenda for today.

Very well, you're an author of many books, right.

I've got a lot I want to discuss: Your age, your spirituality, the mystical and spiritual life. How many years have you been writing for

I'm getting exhausted. I don't know how much more I have left in me.

More than you think

Art and Literature: Wholeness Through Abstraction

I like my media “incomplete”. Making a whole out of fragmentation and abstraction. Media and formats that make a picture or narrative out of incomplete fragments of data and form. Novels (Just Words), Albums (Just music and sound editing), Abstract Art (Just lines), Avant-Garde Filmmaking, Music Videos (Just music and camera shot), Colorless indie comics and manga (Just ink and line).

Closure, completion, those things are missing in this media.

I'll say right now, I am a writer of habit, not a writer or poetic inspiration.

There are pros and cons to both types.

As a writer of habit, I'm not guiding my fingers and hands on the keyboard.

They're guiding me. They'll shit something out onto the keyboard eventually.

How is this possible. Well, I mastered typing a long time ago in a way I never did with a drawing pencil.

I has occurred to me, at the age of 38, that I don't understand writing.

Now before you get your daggers out, know I'm not referring to the grammar and structure of writing and English. I understand that.

I'm more referring to "Why am I writing?" "What should I barrel forward with?" I don't know. I wish I did. There's something I don't understand about fiction writing in specific. I wish I knew how to do it better, and for longer periods of time. I have no stamina.

Sure, I've written a lot at the age of 38. And I've been writing for a long time, but that's not the same as understanding the meaning and technique of what you're doing.

Je suis Joe, I am Joey

I was born at 3:12 a.m. At the hospital of one of the most prestigious midwest Universities in the world, The University of Michigan, in Ann Arbor, Michigan

I was adopted at that same hospital.

I'm born of a prestigious DNA, descended from Evangelist Writers who wrote the bible, and European, French, and British Monarchy.

My adoptive mother, not my birth mother, named me after Saint Joseph, the Foster Father of Jesus.

"The Phantom and the Voice on the Phone"

Next thing I know someone at Blumhouse, a horror movie company, Lifted from my title to use similarity plagiarism to lift from my title.

The Black Phone (was stolen from J.M.)

Similarity plagiarism means you steal certain elements from a write, but not all of it.

So fuck you Blumhouse, and subsidiary own Universal. You're paying me for this of course

The Shadow Op Headquarters was quiet this time of morning. Not packed or crowded at all. Considering that it was a form of top secret confidential government building, that was probably a good thing. In Noah's office, there were framed paintings of all variations, some imaginative , some realistic. The walls of the office were decorated with plaques as well, containing honorary degrees from top universities.

Noah wasn't in the office at the moment. He was in the Shadow Op cafeteria, getting a lunch served up hot and fresh by the Shadow op cooks. Eggs, sausage, and beacon, with a side order of a small bag of Ranch Doritoes. Noah walked past a few agents in an effort to find a place to sit. Eventually, he found a table to sit alone at and eat. Noah was an intelligent, introverted man, and wasn't much for conversation. He was known throughout the organization as a workaholic. Some thought him a cold workaholic

That's a nice move, said Mono, now how about I show you mine.

Krin let out a tiger like roar with his jagged, piranha like teeth. Krin was as it turned out not just a shadow creature, but also a formidable swordsman.

The two figures, Mono and Krin continued crossing swords, with neither swordsman losing an inch.

Swords of the Gods, grant me access to my spiritual power, Fire Saber, Mono chanted.

FIRE BLADE!, Mono Shouted at the top of his lungs

Mono's blade lit into fiery flames. Mono slice the air in front of him and kept doing so, aiming his fireball attacks straight at Krin, when one of the flame balls connected with the sleeve on Krin's cloak, and Krin began to frown with that row of jagged teeth, and eventually scream.

Not fire, Krin screamed. Oh lord Satan, NOT FIRE!!! NOT CLEANSING FLAMES! PLEASE NOT MASTER SATAN Anything but that!!!

Krin caught the fire on his cloak and was quickly consumed entirely in raging flames as he let out a bloodcurdling wail and scream as he slowly came to be eaten alive by the flames, which were turning his black sillhoute into an orange and yellow flame. And within a few minutes, Krin Burnt away into nothing.

Mono hoped that was the last he'd see of such kind of shadow figure.

For now, the battle had been won.

Mono stood, sword in palm, victorious over this new evil.