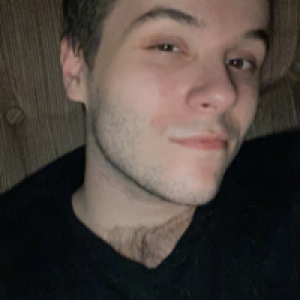 Follow
JTCarey
I am an individual who has seen much, yet stated silent. The echo of my travails can be seen in my writing, I can guide you through.
1 Post • 2 Followers • 23 Following
Posts
Likes
Challenges
Books

The Philosophy of The Outside Looking In

To stare into the void, to observe the absolute absence yet total presence of nothing and everything at the same time, that is what it is to be alive. The complete control yet absolute powerlessness that comes from being a human is utterly unfathomable in the ignorance of our own existence. As it seems, it originates from the fact that though we are as one people, we live separated by the invisible landlocked borders created by those who believe that they have significance over those who do not bear the same assets or believe that they hold the voice of those under them. Of those individuals, they would have you believe that you were less than or not even close to being on the same level as them as you do not have the same beliefs, opinions, or intimidation tactics that most, if not all, others around, above or below them would be deemed abhorrent.

We may come from different lands but we all share the same lifeline, and that is each other. We as humans are very social creatures, we need to be around one another to thrive and survive yet we live divided as though we are not one, but as separate beings with nothing in common with one another. Culturally we are different that much is true, we all come from different traditions, upbringings and historical backgrounds. However, what isn’t true is that because we are from different places or countries that we are not of the same race.

Decisions about life made in the absence of the voice of the people which are claimed to be in their best interests are anything but, as what may be in the interests of one group doesn’t necessarily mean it will benefit others. Whom is given the right to decide what is necessary or correct for the society in which we live? The needs of each individual are different from their counterparts, one person may need some form of assistance or medical treatment whilst another person doesn’t. Those who don’t need theses things cannot and should not make decisions for the latter as they cannot truly know why it is needed or desired in the first place, even if the former outnumbers or out weighs them in opinion or belief. However, those who are asking for the assistance or treatment should have a feasible an undeniable method of proving why they are asking for it and why such treatment/assistance is needed.

The assistance provider however still needs to have the exact same reason as to why they can deny or are denying them the help they are asking for. Not everyone shares the same beliefs or understanding of things and each person or persons should be treated neutrally and in accordance to what is requested or needed, rather than what is in the belief or opinion of the provider giving the services being inquired. No one should be denied anything because of differential life-styles, race, religion, gender, sexual orientation, or life circumstances as that would only lead to chaos caused by ignorance coinciding with arrogance.

The removal of care for those around

and the concept of shared prosperity in favor of increasing the man-made construct of consumerism, which leads to “debt” to people and places we have never even been to or met, is causing us to be neglectful of the concepts unity and togetherness as a whole. Which begs the questions; why do we sell? Why do we not trade or barter? Why is currency what drives the people and not the prospect of just living? What cannot be understood is why we have to pay for what is considered essential for life, or for what is also considered as a basic human right. For instance, if food is grown from the earth on which we stand why is it not freely given to the people so we might feed our families and neighbors? If another place or person has what we need why do we not see what we have that they might need that we can trade so that both parties would benefit?

Most importantly, why is medical care or assistance being price gouged to the point of people need to decide between paying to stay alive or to be able to keep a place to live and feed themselves? To deny someone medication and or procedures that would not only protect life as we know it, or even perhaps improve and prolong it because of lack of money or financial gain is not beneficial to any person or party no matter how you look at it. Health is not only for the wealthy, it is a universal thing which is present in ALL living beings. We as a collective need to look out for each other, not try and squeeze every last drop of money out of one another.

Hate begets hate, and hate brings discord to the people of this world which ultimately tears down the very foundation in which humanity was built on...helping each other before we help ourselves and the rejection of selfishness.