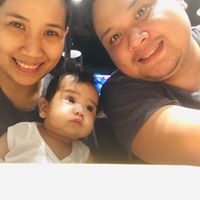 I love you, he mouthed.

I painfully stepped aside to give way to his bride.

Death sees fear in me

but I dare not close my eyes

11
2
2
Challenge
Challenge of the Month XVII: August
You somehow find yourself back in 2019, sitting next to Jeffrey Epstein on the plane before it lands and he's arrested. You know what's coming, but he can't know. Write the ambiance and conversation. Fiction or non-fiction, poetry or Prose. $100 purse to our favorite entry. Outstanding entries will be shared with our publishing partners.

“I cannot believe I am sitting here” I thought while staring at the man in front of me. Exactly 8 hours ago I was being interviewed by some woman named Ghislaine and got accepted for work as a masseuse and now I am in a private jet, sitting in front of Jeffrey Epstein. “Hey, you look like you’ve seen a ghost,” he said. “It’s my first time to fly“. Lie. I have flown a couple of times before and I have been to New York more than once. He offered me a can of soda. “Thank you,” I politely answered. “Just relax,” he said looking at me, “you won’t be able to when you start working, I’m telling you”. I noticed a sly grin on his lips which irritated me. I tried to smile. “Who am I going to work for and where?” I asked him. No answer. I didn’t know whether he did not hear me he just decided to ignore me deliberately. He closed his eyes and reclined his seat. Okay. Silence. “This is fine”, I thought. I decided to rest too.

Ding. Ding. Ding. The seatbelt light was on which meant we were landing soon. When I opened my eyes, Epstein had already propped his seat up with a glass of water in his right hand. “I love fucking New York” nodding slightly before taking a sip from his glass. “Yeah, you do” I wanted to say but didn’t.

As the plane landed on the tarmac and started taxiing, I saw 2 police cars nearing the terminal. I glanced at him and realized he saw them too. Immediately, the crease between his brows deepened and his jaw clenched, his lips tightened shut.

He did not say a word.

Nobody in the jet said a word after that.