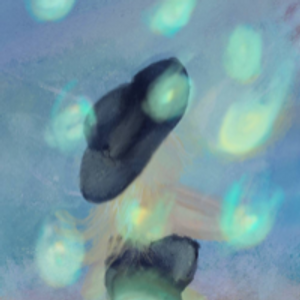 Follow
SapplingTaoist
Learning along the way with nature by my side.
2 Posts • 5 Followers • 1 Following
Posts
Likes
Challenges
Books

Desert Rose: A path to self acceptance

I was born in a tangle of the roots of my creation. An average umbilical cord is 3 feet at most, and its primary purpose is to feed and provide the unborn human with nutrients from its mother. Three days before my birth in a fluorescent midwestern hospital, I tumbled around in the womb and became entangled in this very lifeline that was supposed to keep me connected to my mother. It was a metaphor for the life to come.

Four thirty-five ante meridiem. I was brought to earth, tangled in six feet of flesh, blood, and fluids. Six feet was the cord tangling me to my mother, enmeshing me for the first time in her energy.

A red mark stretching from my left thumb to the back of my neck causing the doctor and nurses to jump into action. As they attempted to count my fingers and toes the woman who passed her trauma and self hatred to me with this selfish act of life giving wailed for her baby. They obliged. I was named.

Elizabeth. The fourth born to Roxanne and Philip, who would hide their secret from her for 22 years. A daughter, a projection of a failing taboo toxic love. A miracle but not a priority, that was my fate the moment they set me on her chest. She brought me home to the three other children, my brothers and sharp older sister. Tovar, Johnathon, and Livy, my comrades in life not by choice but by random genetic lottery and some hidden magic. Livy and Tovar were elated, Johnathon balled up his fist and punched me in the face. A fine welcome to the world.

0
0
0
Challenge
Your best moment this summer
Before summer ends, think about a moment or day you really enjoyed.

Salty is the air our tongues taste.

Two desert plants over watered and knocked on the floor by the naughty cat.

(Your eyes saved me from fear)

I am glad to be home tomorrow.