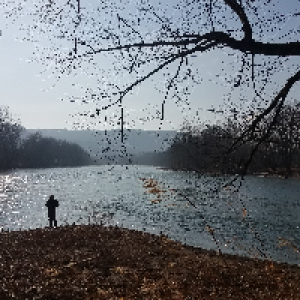 Follow
TomJonas
Long time listener.
7 Posts • 149 Followers • 67 Following
Posts
Likes
Challenges
Books
Challenge
December. What does it mean to you?
This is one interesting month, at a chemical, psychological, and emotional level. Whether it is your interest in the contrast of lights vs. the earlier presence of the dark, the drama, or the good feelings that come from a cup of cheap hot chocolate, write about it. Poems, prose, fiction, non-fiction, lyrics, whatever works for you. Make me feel it.

December and Our Discontent - An Allusion and Three Quotes

“So I guess this is where I tell you what I learned - my conclusion, right? Well, my conclusion is: Hate is baggage. Life’s too short to be pissed off all the time. It’s just not worth it. Derek says it’s always good to end a paper with a quote. He says someone else has already said it best. So if you can’t top it, steal from them and go out strong. So I picked a guy I thought you’d like...”

My challenge entry is composed almost entirely of quotes from others who have said it better than I could. That first one is from the end of the disturbing 1998 film exploring white supremacy in America, American History X (Directed by Tony Kaye and starring Edward Norton). The words are spoken by the character, and narrator, Danny Vinyard. I’ll complete that quote in a minute, but here is the best summary in song of my feelings about the Christmas Holiday - thank you, Jackson Browne for releasing this in 1991, on your album with the Chieftains - The Bells of Dublin.

All the streets are filled with laughter and light

And the music of the season

And the merchants’ windows are all bright

With the faces of the children

And the families hurrying to their homes

As the sky darkens and freezes

Will be gathering around their hearths and tables

Giving thanks for God’s graces

And the birth of the rebel Jesus

They call him by the “Prince Of Peace”

And they call him by “The Saviour”

And they pray to him upon the sea

And in every bold endeavour

And they fill his churches with their pride and gold

As their faith in him increases

But they’ve turned the nature that I worship in

From a temple to a robber’s den

In the words of the rebel Jesus

We guard our world with locks and guns

And we guard our fine possessions

And once a year when Christmas comes

We give to our relations

And perhaps we give a little to the poor

If the generosity should seize us

But if anyone of us should interfere

In the business of why there are poor

They get the same as the rebel Jesus

But pardon me if I have seemed

To take the tone of judgement

For I’ve no wish to come between

This day and your enjoyment

In a life of hardship and of earthly toil

There’s a need for anything that frees us

From a heathen and a pagan

On the side of the rebel Jesus

If cinema and song aren’t your genres, here’s my favorite for December from the world of non-fiction - this is from Martin Luther King Jr’s last book, written in 1967, Where Do We Go from Here: Chaos or Community?

“The assistant director of the Office of Economic Opportunity, Hyman Bookbinder, in a frank statement on December 29, 1966, declared that the long-range costs of adequately implementing programs to fight poverty, ignorance and slums will reach one trillion dollars. He was not awed or dismayed by this prospect but instead pointed out that the growth of the gross national product during the same period makes this expenditure comfortably possible. It is, he said, as simple as this: ‘The poor can stop being poor if the rich are willing to become even richer at a slower rate.’ Furthermore, he predicted that unless a ‘substantial sacrifice is made by the American people,’ the nation can expect further deterioration of the cities, increased antagonisms between races and continued disorders in the streets. He asserted that people are not informed enough to give adequate support to antipoverty programs, and he leveled a share of the blame at the government because it ‘must do more to get people to understand the size of the problem.’”

Danny Vinyard, same movie, same breath as the earlier quote I used from his character, continues with a paraphrase of the words of Abraham Lincoln, from Lincoln’s first inaugural address in 1861:

“We are not enemies, but friends. We must not be enemies. Though passion may have strained, it must not break our bonds of affection. The mystic chords of memory... will swell when again touched, as surely they will be, by the better angels of our nature.”

Putting quote in quote may never lead us to put hand in hand, but then again, it might.

I like to remind my Christian friends that in their tradition Hope and Joy arrived as an infant needing care and feeding - I think that’s a pretty accurate metaphor about hope and joy in general.

Here’s to us, figuring it out, together. The nights are already getting shorter, and the days are longer and brighter.

7
2
5
Challenge
Your response to “make me a sandwich”

I will not deny it - I knew it was love when she finished her fries, licked her fingers, and said, “My safe word is Miracle Whip - are you getting the check, or am I?”

Twenty years later, we snuggle and laugh as the outtakes of Melissa McCarthy and her husband roll during the credits of “Bridesmaids.” I’m not saying I’m into food sex all that much, but when I say, “Make me a sandwhich, please.” my wife sternly, gleefully, takes my hand - and she leads me to the bedroom, not the kitchen.

17
3
10
Challenge
Joy vs. Happiness
No rules! Just tell me what you think.

SAT Question for the Good Life

Happiness is to Joy as:

c) Loneliness is to Solitude

“Would you jump from a perfectly good bridge,

just because your friends are?”

If the bridge is in Rome, my friends being Roman, I do what they do.

If the bridge is on the highway,

the majority of drivers plunging distractedly on,

There’s no need to reinvent the wheel.

go with the flow.

If I can’t beat them, I join them.

I don’t march to the beat of a different drummer;

I fall in with the rest of the troops.

I follow, or I get out of the way;

on a bridge, the result is the same.

If it were not my friends on the bridge, but my boss,

and my boss said “jump”

It’s still a democracy, isn’t it?

If fifty one percent are in favor of bridge jumping,

as an upstanding citizen at home, not an assimilationist in Rome,

I cast my self in with the majority.

Keeping up with the Joneses

does a fine job of keeping our neighborhood white-washed

I tend toward the trend, and tip myself over the cutting edge.

Would I jump from a perfectly good bridge,

just because my friends are?

I don’t want to make waves.

* saw (sô) n. A familiar saying, especially one that has become trite through repetition.

8
5
1
Challenge
overwhelm me with metaphors

My dog is a champion,

A house horse, a friend,

She’s got needs at both ends.

She vacuums her bowl,

’til it’s time for her shift.

This dump truck is famous,

For hauling out waste,

She’s half the rain cycle

A flood in the fields!

She triples that yield!

the nose with the news,

for taking a snooze.

She listens with hammocks,

A foghorn she howls,

She treads on four footstools,

A landslide she growls.

’cause she’s my alarm,

But we’re chasing a cat!

6
1
4
Challenge
Challenge of the Week CLXXVI
A Happy Memory. Fiction or non-fiction, poetry or Prose.

In Through the Eye

I remember the morning my whole life changed for the better. I never would have heard her if circumstances hadn't forced a change.

My wife has both hands on her coffee mug, bare feet on the seat, knees tucked up to her chin, elbows holding them in, and the steam rises under her nose on the cool April air.

“This really is heaven, having you here.” The way she says it, it’s cute, it’s playfully sardonic but it’s sincere.

My husband’s face ― until recently, I wouldn’t see his face in the morning until he’d finished the financial section ― is weary, and handsome. His coffee is on the glass table, his fingers wrap the forward edges on the arms of his deck chair, but his grip is not as tight as it was yesterday.

“Lovely woman, there is no place I’d rather be.” The way he says it, I know it’s a bit more true than before, but not yet entirely. He wants it to be true. This is how it is with grief; with loss.

“Matthew, I’m not 19 anymore and you’re not 21. I have loved you for a very long time, and supported you while you did what you felt you had to do, both for me, and for you. I think you’d agree, it’s been good, but it hasn’t been heaven.” How is it that this woman can scold me, and make me feel known and loved at exactly the same time?

He looks away from the porch, into the distance, smirks just a bit, and I know he’s thinking of that phrase he got from his friend’s Grandfather so many years ago, “Any man who thinks he’s smarter than his wife, has a very smart wife.” He leans forward, and his eyes drop to the edge of the porch, then to his hands, now pressed palm to palm between his knees.

“I didn’t intend to lose it, honey. It all happened so fast. I’m sorry.” He says this to me, but he’s apologizing to himself.

“The only thing that would make me happier, would be if you told me you’d sold it all and given every cent of the money to the poor. Come with me. I want to go for a walk.”

My hand, emptied of everything I’ve tried to hold onto for my entire life, feels full and overflowing when her fingers slip together with mine.

“This really is it, isn’t it? It’s always been right here, this easy. This is heaven.” At these words, she turns to look at me. Her features are soft, her eyes are glistening. She’s smiling, and nodding, and giggling. What is this that she's feeling? What have I said? And then I know. She’s proud of me. So overjoyed and proud… of me. She kisses my cheek and pulls herself close to my arm as we walk. “Welcome home.”

She says it again, “Welcome home.”