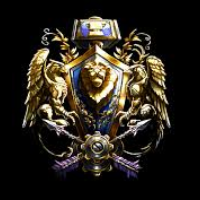 Follow
VendettaDemon
I am nothing, allowing me to be anything.
155 Posts • 42 Followers • 0 Following
Posts
Likes
Challenges
Books
Challenge
⚠️☻
⚜️⚜️⚜️ write about the stupidity of the world ⚜️⚜️⚜️

It’s for the dumb to see

and the stupid to get, how even the smart can't fix what's their only complaint.

1
1
0
Challenge
Is the pen mightier than the sword?
Interpret this phrase however you feel, but make sure to answer the question! :)

Swing your sword, all day long, and you might cut my heart open.

But swing your pen, in a fancy way, and you may yet win it over.

And I'd say, if I so may, that a servant is better than a trophy.

To make him less of an outsider

That soon enough these will be he's waters to coarse

Not to doubt it, but to enjoy it rather

0
0
0
Challenge
Abyss
I just want to see where this goes. Take it anywhere. Write the first thing that comes to your mind at the sight of the word "Abyss". Fiction or non-fiction. Poetry or prose. Happy or sad. Winner decided by me, so don't forget to tag! @LexiCon. Thanks in advance for reading/entering! God bless you. <3

Of mad hearts that had lost control

That gave into whispers

Tainting the purity of the soul

For if you dare gaze

For if you dare doubt

You'll heart will be tainted

The abbys that gazes back

Is the abbys of the heart

Will whisper your part

2
0
1
Challenge
Communication
Why do we do it? Communicate with each other, that is. Why do we send out words, in the hope that they will be recognized? Are we trying to convince ourselves that there is a third option; That our words could have a different effect than simply being agreed with or rejected by others?

Communication is breaking our skin.

It is not words. But it is also actions, it is art, it is sighs and it is signs.

Do you need words that say "I am happy"? Or do you dance?

Does a painting not speak to you if it has no written words?

Or a songs melody if it has no lyrics?

If I sigh deeply, will you not understand my state? And if I shrug, will it not make sense?

Communication is coexistence. Words are only a tool for your mind.

6
2
1
Challenge
A romance, a candle, a piece of burnt paper, and a murder (the crow kind)
Anything goes as long as it has these elements in it!!! Ready, STEADY, GO.

The candle burnt only to show the skin, that glittered in its light.

Light that reflected off the sweat of two bodies, two companions of the moon, two passionate lovers.

Lovers whose bounds have never been set, or challenged; by their spouses, suitors or by any other.

Other nights, they might spend bored in the luxury or their lives, where only a fantasy would help them pass the time; a fantasy that came true tonight.

Tonight their moans echoed, echoed and echoed above all other sounds.

Sounds such as, the steps approaching, the door screeching and the paper crumbling, in the opposite corner of the room.

The room, that was filled with heavy air, was slowly filled by the smell of burnt paper, a written conviction.

Conviction on grounds of infidelity sharpened the knife.

The knife, that now bloodied, ended the passion of the night by the candle.

2
0
0
Challenge
I can't quite seem to find you...
Take this however you want in whatever direction you want to, just be sure to include this line and tag me so I can read @chainedinshadow

Walking through the metal forest,

I saw a playful little elf.

but always playing by herself.

I tried approaching with my song,

but the tune did not quite flatter.

In her tiny elvish eyes,

I was but a needy satyr.

When i would try to walk up,

with the crowd she would blend.

To where I cant quite seem to find her,

to try and help, her heart mend.

3
0
0
Challenge
Challenge of the Week CXCII
City of Love. You’re in 1940's Paris, making a penny a word to write erotica. Fiction or non-fiction, poetry or Prose.

The esthetic of the human body and making love; Those were the columns on which French love was built on, and I was able to express it, to place it into words, like no other Parisian could. That was in the 1930s, for it is that the decade that began with my arrival into Paris, and it followed by my so called golden years. There were no better times for writing fantasy in Europe. the dust of the last war had barely begun settling when the turmoil of the new generation disrupted it. The uncertainty led the people to new worlds, new escapes, "Anything but reality" became the unspoken chant on their lips.

There were masters of science fiction, daring explorers of the universe. The library excavators, bringing old forgotten centuries to us. But no fantasy aroused a person's mind more than erotica, and no fantasy was more widespread, for it was the easiest to read.

The French were at my whim; I was in their mind at their every turn on, I followed their every stroke that got them off, I was their mistress on the page, their lover hidden in the mind. None could resist me, but as luck has it, my golden decade came crumbling down into my worst one.

As the war started, very few sought after my writings. The truth was, my fantasies were an emotional escape, which could not help against the cruelty of war. It was too much, the physical wounds and pains that the people endured, could and were treated with physical cures, and my lovely nation fell to alcoholism and drugs.

My abandoned writings found their way into German hands and were promptly made fun of. For what understanding did the German have of French love. They were an industrious nation and it mirrored into their understanding of love as well. Men wore foreign style, they worked on their strength and their power, using their muscles and their rank as charms. they never dared think about themselves, their gender as beautiful, for it was labeled as an gay act and homophobia was rampant in a nation trying to industrially repopulate Europe. They never paid any attention to charm, to seduction. Their rank was their charm and you would not believe the hilarity of fights over military ranks between drunk German suitors. Those were the main topic of gossip among the Parisian youth. The German industrialism was no better portrayed in their choices of women, for they would swarm large breasted women, like babies looking for milk. Never considering that their national obsession with size would end up disappointing a lot of women.

Among them was I, my knowledge of German had helped me secure a job during the occupation, but my erotica had entirely stopped. Until a group of SS soldiers sought after my writing skills, a wealthy but depraved men, whose sexual fantasies were developed in war and in various camps. The most depraved sadistic fantasies that would scar most gentle and innocent souls of this world, those were my work, and they sold like gold.

Until hope arrived one day in the shape of an American invasion in the north. It was with cheers and happiness that we greeted their arrival into Paris. But that hope soon faded as the realization came, that these soldiers, depraved of any intimate touch, any sexual satisfaction, for months or years, came and could not resist the Parisian beauty roaming the roads. Some had it worse than others, some ended it there, but most of us endured, clinging to whatever hope was left not shattered by our allies. Waiting for the soldiers to move on.

However, their departure only brought a second wave of Americans. Generals, politicians, journalists, generally the people close to the combat but not the front line fighters. More sophisticated, but still very much American. and they showed us that the actions of their soldiers ware not a result of isolated and devastating war, but merely actions of men with no restriction. Those few restriction that Americans had, those very few, these second wave visitors showed.

And once again my writings were but ink on paper. for what could an American find in them but a wordy description of their pornographic pictures. A sense of beauty they might have had, thanks to our involvement in the shaping up of their country, but their sense of love was oh so very British. For they did not love, they conquered.

Where the French loved their spouses, the American saw a patriotic duty.

Where the French loved their lovers. The Americans gathered them as prizes in both amount and beauty.

How I long for the times when love was shared, when it was pure French, not tainted by the German and American influences. The writers of the 1950s are arriving and I fear I cannot find my footing as their peer. I fear that as this decade comes to an end, so do I.

5
1
0
Challenge
Can We Start Over?
This is your chance to start over: your story, life, a new beginning. Poetry/Prose/Fiction/Nonfiction/whatever you like!

Now you may call me pessimistic

But all life is statistic

That starts with a poor greeting

Your opinion is dull

But in percentage thats a null

And each subsequent favorable action

Improves your opinion by a smaller fraction

But the line is now an asymptote

And there's only one way to get closure

So can we start over?

Through the sea of fate

Whose every reveal is bait

To the mad, dreamer or the unknowing

But worse are those that dare play

For their touch causes tectonic rubbing

And every caused quake, disarray

Short of the second coming