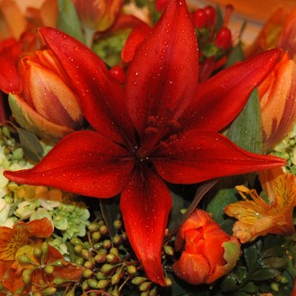 this is the way things could be done

and i want you to know

that this silvery birch

from the gnats and grubs

this counts as salvation

we linger in polar despair

even when we’re up to our

some tiny kindness will

feed us from the fetid

morsels that surround us

of our never there

for our ghostly here

the newborn cries a furtive

fortunate version of us

beaks and jaws wide as sunlight

not minding if rain gets in

or washes away the left over

sludge that we splattered

not awake enough to stroke

a line a curve a color

to mean or stand for

we stilted without scent

our stomachs and annoyances

forcing us to flee the canvas

of trees stripped to their roots

22
2
10
Challenge
Haiku is a style of poem which originated in Japan that consists of 3 lines in 5-7-5 syllable format. Challenge: write a haiku about anything. The top entries will be published along with the Japanese translation in an exclusive Prose: Haiku Edition for Kindle on Amazon.

for those who feel without end

the taste of taste

how sustenance and longevity

align with the small

shock too much to

25
1
7
Challenge
Write 500 words about change. Think: evolution, transition, metamorphosis, and progress in physical or intangible terms. Be creative. Prose will select the top entries and publish them in Volume II of The Prose Anthologies.

Thursday morning revved up like any morning. Blue, brown, green, yellow. The color through the window, the color on his plate. Eggs and grass. Coffee and sky. He hardly noticed. Even so, he smirked at his own cleverness. Shoulda been an artist. Throwing the dishes in the sink, he grabbed his keys and shut the door. One more day. Then, the mountain. One more epic climb before the surgery.

He throttled the Alfa Romeo through the corner, then let it cruise as he negotiated traffic with both eyes in the mirror. Distracted, something was different about his reflection. He should know. He spent a lot of time in it. Before he could decide what it was, he saw a truck pull up so fast behind him that he braced himself for the mash to his backside.

But it didn’t. No way the truck stopped in time, but he felt no impact. No mash. Only nauseous. And faint. Out of obsessive habit he looked in the mirror, and saw his skin gone sickly green, his eyes backwards. Left was right, right was left. Grabbing his face with both hands, he rubbed his eyes and forehead as if to undo this grotesque dream. The skin on his hands felt sticky, slick. Tree geckos flooded his mind. Wake up. Wake up.

Something was off. Everything was off. The lightheadedness got worse, his tongue felt inside out. He clutched the steering wheel as an anchor but the intensity of sensation of the leather on his fingers caused him to recoil. As if touching fire. He tried to scream. Mottled puffs of air bubbled up through his contracted trachea. Some alien warble squeaked out. Brxhruhhhhh…

He opened his eyes as wide as they could go, sight fading. Everything converting to grey, as if he were in a wet Caravaggio being squeegeed into abstract, all colors mashed together. Within a few minutes, no vision at all. Useless orbs.

On the other side of the world, geologists recorded unconventional seismic activity. Weather centers, geostationary satellites, and space stations flooded with frantic demands. All sensors worldwide registered impossible data. Before anyone could analyze or speculate or respond, all people lost their sight. Something was off. Everything was off.

No one knew. Far off the coast of Finland, a small lighthouse made of crimson bricks shifted. One of the bricks sunk into the Baltic Sea. The cause: Sudden radioactive decay of one atom at its core. This brick was not like the others. This brick was not a brick. It was a slag of squarish residue from Lake Lappajärvi where a meteor mashed the backside of the earth 76 million years before. That time, whoever was driving felt the impact.

This artifact held the slenderest magnetic pulse that kept the earth tilted on its axis at the exact sequence of degree and warp required for human sight. Once it was gone, even though all the rest of the recipes and ingredients of the complex matrix that keeps life intact was unmoved, vision ended. Orientation to reality was unseated. Other senses respond. The plastic brain renegotiates. A new story begins.

What was left of universal blindness was questions. Had we seen all that could be seen? Had we looked at all the hues, shapes, distances, lights and darknesses? Had we noticed the tear on the hair of the pulsing sun? Had we perceived the shaking and shadow of a stranger’s gaze? Had we captured all the fragments of rags of moments forever?

This tiny atom danced in its perfect rhythm all those years, eons, epochs. Now, it was tired. It no longer danced the dance. All the glories and injustices visions witnessed were now dusts of memory. Something. Everything. What if we had known?

• Why did my 5-year old get leukemia, wail from the pain and die unquietly?

• Why did his last remaining son get car bombed on his way to work?

• Why did her brother believe that he was cleansing his doors of perception when he drank lye and burned holes in his veins and melted his organs?

• Why did the 5 foot 4 English teacher stand up to his 6 foot 3 son-in-law for beating his daughter only to have his body found buried in the woods?

• Why did she have to leave her home at 16 to pick up enough body parts, stuff them into a Red Cross sack, and convince the ones in charge that it was a whole person so they could take another wounded into the tent?

Is there a reason for these things?

Of course, say the believers. Look to the 3rd law of thermodynamics or attachment disorder or transgression against God or lateral movements across longitudes or level 3 severity DSM-5 borderline PD or Yahweh’s wrath or migration patterns or the curse of Canaan or gravity or bad luck.

• Why did he risk and lose his own life to save a stranger?

• Why does she spend what little she has to secretly make and hand out sandwiches with love notes to the hungry?

• Why does he call for his people to forgive them those who have taken everything they hold most dear and more away?

• Why does she counsel the dying with joy while her own body is ravaged with an excoriating cancer?

• Why does he with no legs who has taken lives work tirelessly to teach children how to grow food?

How do we make sense?

No one is untouched by sorrow, uncaressed by suffering. Yet every day we the people planet are graced with innumerable unprofitable acts of sublime generosity and kindness.

Nothing happens for a reason. There are no reasons.

The only purpose for why anything that happens in this world is so we can tell the tale.

Of horror and delight

Of losing and loving

We may think one system is better than another because of proof or faith, but all of it all comes down to one thing: underneath the bleeding and the teething is the story.

23
1
7
Challenge
One word that sums up your personality

there are loves that simmer

brooding in the fetal curl

of a long-suffering gestation

because there are suns that linger

in ellipses of orbits

then the star returns

and the tiny seed stretches

upward to feel its warmth

there once was a silent sea

that lived in a tiny kettle

it was left to abide on a frozen stove

(water in metal upon stone and wood)

’til one day the scratch of phosphorus

and the friction of ignition

they rubbed the idle liquid into motion

and the once placid expanse

one on top of the other

until the swell arose and

into the tiny cup awaiting

and the sea made love to the tea

there are some teas, and some seeds, who remain undrunk and unblossomed, never knowing the sea. They may substitute ponds or lamps (for the ocean and the sun), but they know the tiny bulge under fallow soil is speaking to them of unborn glory, of hyaline devotion.

The kind of love that makes tea from stars.

15
2
10
Challenge
Write something that starts out serious, but ends absolutely ridiculous.

Across the steppes, after four long months of winter and dwindling supplies, the starving Prussians, beleaguered by aridity and conflict, trudged their final miles. Staring glazedly into the middle distance, somewhere between their bleeding, swollen feet and the unbroken horizon, the gaunt leader of the tribe choked up a mangled cry of warning.

All the shuffling stopped and in slow motion, the hooded heads lifted as one. Gasps and echoes of gasps cut through the frozen air, transfixed as if by some celestial vision. Then chaos. Despite their wounds and the wintry chill, they threw off their cloaks, frantically peeled off the layers of wool and fur, until all that clung to their broken bodies was the tiny floss of gold-lamé g-strings.