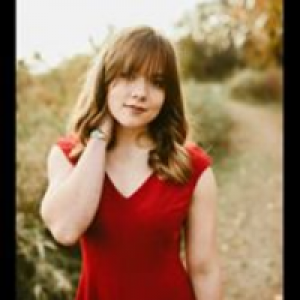 Follow
seifkayl
Just a nostalgic heart, fueled by wanderlust.
1 Post • 6 Followers • 1 Following
Posts
Likes
Challenges
Books
Challenge
Did you ever come across an incident where you realized how much you really love your life? I’d like to read some interesting real life incidents. Make it dramatic if you want, write something that’d stop the reader’s breath.

The day was humid and glum. The sky was overcast, a gray that could only be illuminated by the adventure in our hearts. It was my eighteenth birthday. My friend, Jacey, and I were headed to the Bluffs. Determined were we to make this weekend, amoung the rocky edges and towering pines, unforgettable. Below our site was a rushing river, its waters swirling and crashing, and its color took on the gray of the sky. "Should we go?", asked Jacey. Although the weather was far from ideal, we set off to the lodge. There we would hand over a Jackson in exchange for a pair of charcoal-black, rubber tubes. Carrying our tubes, we trodded down the steep gravel road to the bottom of the bluffs.

Here we met a scruffy old man leaning against a rickety blue Chevy. Attached to this chevy was a trailer with wooden seats. This would bring us through the deep woods to our starting destination. A sudden roll of thunder sounded in the distance. "Hello sir, is it supposed to storm?" I asked. "The forecast says light showers, but nothin severe." said the man. I gazed upon the sky, and studied its shades of gray. Jacey and I glared at each other, answering the question unsaid.

As we rode along we listened to the thunder in the distance, with an uneasy feeling we refused to acknowledge. When we reached the point, we carried our tubes to the waters edge. Behind us the truck drove away, and we knew there was no turning back. The water's depths looked cold and black, hiding mysteries below its surface. It had an energy to it, a mind of its own. As we stepped into the water, our feet sank in the gunky mud. The water was cold enough to raise goosebumps on your arms and shivers in your bones. The current grew stronger, and the water deeper, as we walked to middle. We reached a point where we could no longer touch the bottom, and could only imagine what lay underneath.

Ten minutes later we were still floating along. We passed fallen branches and mini waterfalls. The bluffs were giants gazing upon us. It started to sprinkle, and we let out girly screams and laughed at our circumstances. We were the only people on the river, and we knew why. The sprinkling stopped. "Hey, to think we weren't going to come!" Jacey exclaimed. The sprinkling began again. "Yeah, this aint nothin." I replied, but I had spoken too soon. Suddenly, it began to rain harder. This time we let out real screams. "Its okay!", Jacey yelled, trying to calm me, and herself. But the rain seemed to intensify as the time ticked away. "WE HAVE TO GET OFF", I screamed. "HELP, HELP", we screamed. Then the wind kicked in. Our tube felt as if it were being lifted beneath us, and we couldnt see a damn thing. In that moment I didnt just see my life flash before me, but I felt it in every sense of the word. From the comfort of my mom's warm sweater, as I hugged her at Christmas, to the familiar smell of baked goods at Grandmas, to brushing the lush lips of the man I love for the first time. It was my whole life, and it was wonderful. Suddenly, a force drove my legs into gear. Jacey and I grabbed hands, and we kicked with everything we had. The current was fighting us, but it didn't have our drive to live. Eventually, we managed to grab onto a fallen branch, and hoist ourselves up a tree. The branches scratched our raw legs as we climbed. Reaching the top, our last obstacle was to conquer a slippery mud slide that led to the camp site. It was then I had reevaluated my purchase of a glistening white bikini. After we crawled our way to the top. we appeared as if we got attacked by a bear. People rushed to us when they saw, and we took shelter under a friendly stranger's tarp. I called my mom and told her we were okay, and it was a good thing I did. She later told me she saw an empty tube floating down the river. While I was standing under the tarp with my best friend, on my birthday, in the pouring rain, I realized life is precious. Not only precious, but wonderful, and completely worth living.