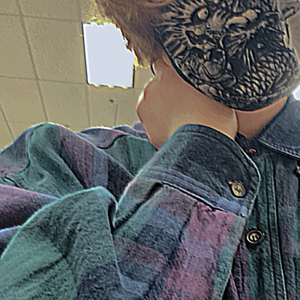 17
2
3
Challenge
Break your reader's heart in thirty words
Exclude any swearing and blasphemy and good luck!

More than life itself.

But I can’t have her.

Not because she doesn’t love me, too,

But because our love is forbidden.

They refuse support or freedom.

7
3
1
Challenge
A memory from school
Any form of writing. You can take the memory only for the base and leave the details to your fiction. Suddenly I'm interested in this because - recently my history teacher didn't show up for two weeks. Then he carried on as nothing happened. Now, call me paranoid but I think he just gave us grades randomly. He gave us four in one evening and I didn't even understand what some of those were for. - It can be a memory that has stuck to your mind or it can have just happened.

It was quite simple, really

A little tactic and a littler action

He stood so confident to sharpen his pencil

While meanwhile I eyed his blue chair

The one he had left so surely

And even sooner he returned

Pencil sharpened, laughter in his eyes

But then he so confidently made to sit down

Which is when I put my hands on that blue chair

And pulled it out swiftly to watch him fall

Perhaps it was the redness of his face

Or the unfiltered laughter from the class

But I knew no longer could he mess with me

It was quite simple, really

Just one touch, I beg

Nothing save your twisted words

I’d kill for a taste

The title by which

I am formally existing as

You say it so bold

Only a name, not needed

Yet needlessly, you say it

What is the purpose?

My name will only further us

For it has no need here

Yet I call it as it is

Listing the time of death

The feeling drifting away

Dead weight on my heart

But my heart isn’t dead

How can it stop beating if