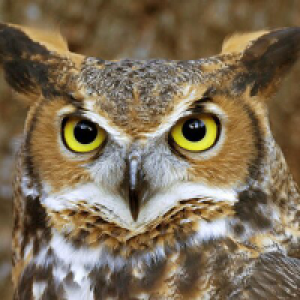 There once lived a Brave Being, fortified in a dome

I am invincible, it said

Here, in my armor, my home

Once or twice its world shifted and rustled

Nothing can do me harm, it said

Here, in my armor, my castle

Beyond the whiteness of its impeccable walls

Were valleys of cardboard nests

Where the unfertilized sat still-born.

Beyond the dormant valleys of cardboard

Was a crumpled sky, brown, as a paper bag.

Beyond the crumpled paper-brown sky

Carrying a whole universe of groceries.

And a sudden loss of balance

Is enough to send a whole universe plummeting into chaos

The fragile white cradles of Life never to live.

The brown paper grocery bag exploded on to the street

And the Brave Being, a Life never to have lived,

lay dead in a sprawl of yellow yoke.

0
0
0
Challenge
What makes you happy?
What things in your life just automatically bring you joy? What are your favorites and your can't-live-withouts?

“Time is still a flying”

Sit and stare into the fire

Watch the children of warmth and wood

Dancing in the night

Made of pewter and stone

Spoons and fork, not made of silver

Pass them round and round

Come, have a piece of comfort

Plucked straight from a stick amidst the fire

Burnt black like coal – but peel off the covers

To find inside a golden joy

Here, have a bowl of confidence

And strength regain back once again

Scalding hot like melted iron – but blow on gently

To find within a liquid life

And so, broken souls, we laugh, forget, and heal

2
0
0
Challenge
Challenge of the Month XIV: May
Spirit World. Some call them ghosts, or angels, or guides. The Japanese call it Shinto. Cultures around the world call it Shamanism. Many call them the schizophrenic ravings of lunacy. Whatever you call it, or them, write about the unseen world of spirits. Fiction or non-fiction, poetry or Prose. $100 purse to our favorite entry. Outstanding entries will be shared with our publishing partners.

And I explode in the shower of my own debris

As I lament what perhaps had never been.

Its outstretched fingers had flickered, frail as a wisp

and we had limped towards each other in the howling winds

At last, inches away from a long-sought embrace

Seconds away from breaking solitude, asleep in a bed of ice,

punctured by a single, scorching teardrop –

Perhaps we had touched molecules; but no more

Whisked away, the shadow into dust

A swirl in the midst of mundane letters,

The repeating of stale, overused chants,

A billowing echo through the void.

But I had reached for it still – the shadow gone to dust.

I grasped more desperatly than the word seize

Hollered louder than the word scream

Flailed wilder than the word writhe

sharper than the word gasp

Then I had groped blindfolded through the thesaurus

For a word stronger than strength

For a word deeper than deep

For a shadow, beloved, whose name I never knew,

at the tip of my tongue,

Who melted away like the softest flake of first snow

Gone – at the burning redness of my touch.

2
1
1
Challenge
Challenge of the Week CLXIX
Stress. For some, it's an ally, a critical force of survival. For others, it's precisely the opposite. Write about stress, or a stressful situation. Fiction or non-fiction, poetry or Prose.

Snaking through the walls of mazes

Making do for what I do not.

Squeezing through the smaller boxes,

Filling in for bigger ones

Until there is no more of what I used to be

But a liquidized body

Held together by walls.

Eat as much candy as you can possibly can, while you still got those baby teeth

'Cause after a while, they’ll stop growing back anymore

Dance as much as you can in public, while it’s still normal for you

'Cause after a while, you'll have to be good or get scorned

Pick up new friends in the playground, while you can still do that in half a second

'Cause after a while, friendship will be the most complicated thing there ever was

Play make-believe as much as you like, while you still can without feeling embarrassed

'Cause after a while, the floor just won't be lava no more

Laugh as hard as you can, while everything’s still funny

'Cause after a while, you’ll be paying for standup comedy shows

'Cause baby doll, after a while,

Everything will be running faster than you ever can

’Cause after a while, there will be “what if”s and “I should’ve”s –

0
0
0
Challenge
Happy
Write about your happiest memory or a happy feeling you had in your life. Ex: sunset on a ferries wheel, or eating at a diner at three in the morning with your significant other/best friend

Call her the Mighty Empress

Call her queen of high and low

Her majesty, her Grace

Be her sword, her shield, her mace

No one dare know who she is

The slyest snake, or ignorant iguana

The wisest witch or cutest chihuahua?

Once her spell cast, all are helpless

She leaves us more than infatuated

She knows all secrets here and there

Down your tears and give her a stare!

1
0
0
Challenge
Challenge of the Week CLXVI
Stupid. What is it to be stupid? What a stupid question. Is stupid even logically coherent? Write about stupidity, or about something stupid; but don't write something stupid. Fiction or non-fiction, poetry or Prose.

Have You Seen the Rain?

Have you seen the rain, you say? Oh yes, it was magnificent, child. It cascaded from the skies like heaven’s champagne. What does champagne tastes like, you say? You are making this more difficult than it is, aren't you? Let’s say lemmonade then, with sparkling water.

It was retro, too. Yes it was. Oldschool umbrellas braided into the streaks of suited people marching down the road single file, if you looked down from a window.

Oh, yes, single file, child. Ain’t nobody got space for nothing else. Roads were narrow back in the day. Or was it too many people?

It smelled too, when rain came. Yes, child. Rain smelled. It smelled like fresh earth and wet water-proof canvases. It’s not real water, when it comes from the sky. It smelled like it's touched every living leaf in the world, every stone and rock, every grain of soil, and every slimy back of green frogs and brown worms, before gathering titter-tittor in a bucket or something. Don’t ask me what a bucket is, look it up yourself, you walnut.

Some days, some days quite far away from today, I've heard, it was okay for people to just stand in the rain with their arms spread open wide, palms outstrenched, too. Oh, yes, and they let it drizzle away down their bare faces and necks. Half closed their eyes had to be, or else the water would fall right into their eyes, strike them blind. Uh huh, strike them blind with a tap drop of water.

But also their eyes half closed because it’s impossible to recieve rain bare-faced without feeling... feeling... what’s that word, eh? Dreamy was the word, I think.

Dear child, of all the question you can shake open from your box - have you ever seen the rain?

I don’t want to play this game anymore.

Castle on a Cloud

There is a castle on a cloud

My eyes are awake when it is seen

So many rooms for me to sweep

There in a castle on a cloud

There is lady all in black

She holds me and weeps “Will you back?”

She says, Dear one, I need you for my lunch

I know a place where no one lives

I know a place where no one breathes

Laughing at all is not allowed

Not in my castle on a cloud

1
0
2
Challenge
Challenge of the Week CXLII
Gratitude. What are you (or your character) thankful for? Write about gratitude. Fiction or non-fiction, poetry or Prose.

I was knighted today

By a guy with a fake santa beard

Some drunkard from the streets perhaps

With his slurred tongue and careless flick

I read my vows and he read his

Neither of us knew what any of that meant

I paid him ten bucks

I gave him back his armor (it stank of sweat)

And he gave me back my jacket

He said good day, and I said you too

I walked back out into the wilderness city

Where metal beasts cantered in single file on four wheels

Amongst the magical concrete trees growing high into the sky

Inhabited by billions of two-legged chipmunks

Sticking their heads out the windows sometimes

With the right amount of imagination

Wide – in that ungodly hour

A sore and red,

burning through the throat.

So flies off the covers

off frigid into the arctic night –

and wondering about the darkened room

In search of dear Oasis, there,

Amidst the mirage of shadows by candlelight