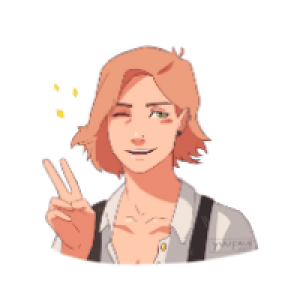 Follow
Ollie_Griffins
Hey all! I'm a recent college graduate looking for a place to further improve my writing as I dip my toe into the world of it.
2 Posts • 2 Followers • 2 Following
Posts
Likes
Challenges
Books
Challenge
15(ish) Words
Tell me a story in fifteen to twenty words. (I really liked the stories I got last time, so here we are again). About anything. Love, danger, death, charcuterie, tfios, anything. Tag me please!

Sarah loved her walks. She especially loved when she met new people, that made the chase all the more exhilarating.

5
0
0
Challenge
Story of the Gods
Create your own mythological story. It can be about anything as long as it involves a god, a goddess, or a demigod or something that has been affects by one of these. They can be Greek, Roman, Egyptian, or even of your own design. Any genre, any form.

She wasn’t erected from seafoam like Aphrodite, as the god's blood from the sky muddied the waters allowing a new form to emerge. A naked women in a clam covering her chest. No, her creation wasn’t some ironic twist of blood into beauty. Instead, she was made somewhere warm, hot bubbles of rock working their way down a mountain, fire erupting from wherever it touched. The heart of this world spitting life up and out. She was beautiful in the way a tiger is, sharp nails, sharp teeth, and intelligent eyes. She wasn’t sure what she was created for initially she just knew that people, those lost, always found her. She had a small following and those who came to her seemed to have nowhere else to go. Widows, runaways, deserters, people who had had their previous lives stripped from them and were left to wander and wonder. In a way, she protected them, looked after them until there were none left to look after. Human life is short and in a blink of an eye all her children were gone. Then unlike Aphrodite, she was forgotten, like the ones she cared for. Like mist lifting off of a still body of water her imprint on human memory dissapeared.