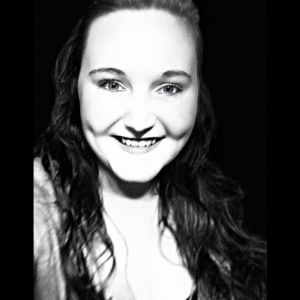 Now it’s all I can think about

and I’ve met a lot of girls

I‘ve never heard a compliment given

that didn’t fade and swirl

I‘ve never ever been forgiven

by this ugly, filthy world

6
1
1
Challenge
Random topics No. 1
Have no fear, the random topics are here! But before we begin, I would like to take a serious moment. You know, every year, many car accidents occur, as people use their phones while driving. Clearly, they are in need of a robot driver, but as that has not been invented yet (or the robot just doesn't feel like driving), they should practice some self restraint. I urge participants in this challenge to avoid writing while on the road. Any participant that is caught writing while driving a vehicle of any kind will be disqualified without any chance of appeal. Be warned! As usual, do with some or all the topics as you see fit. Tag me please, and be safe. The topics are: 1) green flavored giraffes. 2) we serve broxy stew on thursdays. 3) crayons in Copenhagen. 4) un-omletting for begginers. 5) the wheels on the bus go tesseract tesseract tesseract. 6) Shai-Hulud. (Only if you read the books!!!) 7) the contents of Igor Stravinsky pockets. 8) x marks the spot. 9) veloceraptors in love. 10) don't call me Shirley. 11) suggest ideas for a new bersion of walt Disneys Fantasia. Good luck.

Velociraptors falling in love with Oviraptorosaurs has posed quite a problem for the species as a whole. According to substantial amounts of seconds researching these two bipedal dinosaurs, I’ve determined that they are in fact not right for each other. Amongst the plethora of unquestionable Wikipedia information I have found out that Oviraptorosaursuses may have eaten Velociraptors on more than one occasion. This Google certified scientist can’t help but question the Velociraptors thought process. Are the Oviraptorosaurs that attractive? Upon further research in the ever cited ”More Photos”, it seems not to be the case. In fact, I am inclined to be of the opposite opinion. Oviraptorosaurs seemed to be nothing but bone! Why would the Velociraptors continue to love bones that eat them? This is the hard hitting questions that no search engine could answer. However there are some promising fossil samples coming out of Idaho that could shed some light on this. Until then we will just have to get by with the idea that Velociraptors were willing to literally give up

( Oviraptorosaurs ate them) their lives for love.

On another given day

She stretches and heads

Into the carpeted hallway

She’s been meaning to change

That bulb for awhile

But it stays the same

Her sister will be here

And that thought over takes

She clicks out the switch

But she really wants to stay

Between the two doors

And dislike a Monday

She doesn’t and she won’t

She sighs as she prays

The car is too cold

But she doesn’t say

Her sister‘s a sweetheart

And she needs her today

They pass the same roads

To take the weekly byway

Up the steep hilltop

To the middle of her heart

The door slam is hollow

It echoes and plays

Again in the distance

She sits on her knees

and bows down to face

The green grass and ground

The gloves are bit big

She wears them anyway

Her sister is there

Each flower is gently

Standing back she thinks

Not her child passed away

She stands with her sister

She kisses her hand

And blows love out his way

She’d give anything to stay

As they back out the lane

She sighs and she prays

Counting the bottoms of the stars

Here comes the blast off baby

Drowning in a sea of space

That sound of guitars

Be my hard rock baby

1
0
0
Challenge
Random topics 7X (from the 9th dimention)
Here we are again. Or are we? Are you there as much as you say you are? Isn't it something that someone who isn't there would say?! In any case, to show there's no hard feelings for this obvious deception, here are a few topics, you can write on in any way that suits you. By YOU i mean you. 1) create new words in the English language, that better describe life-situations were a Fez is used . (the hat. Not a turban!!). How it looks, how it turns heads, how incredible it makes you feel wearing them, etc.. 2) choking hazards . 3) mating habits of the peragrin cello. 4) many small portions or just one big one? 5)inclement coatracks. 6) it's getting hard to be someone. but it all works out. 7) Trubadore vs. Stevadore. 8) in the terarium no one can hear you scream. 9) list things that come in 9s. 10) post something to clickbait someone. You clickbaiter rascal you.. As usual, if you are time-shifting through the multiverse, give a proper credit to the entity you collaborated with. Use correct interdimentional academic citation rules. Or not...

We have received your request form to file access to the Choking Hazards Collection at the Throat, Mouth, and More! Museum for the People. We are delighted that our curations have peeked your interest!

However, we regret to inform you that the collection is on loan to the Don’t Swallow That: Institute of London at this time. The artifacts will be on display for the entirety of their Tiny But Mighty exhibition. Which will run for the last weeks of the season.

With regards to access we are willing to allow full inspection upon the collections return. We apologize for the inconvenience and encourage you to attend our lecture this week on Toe Stubbing and the Furniture to Avoid. Included are two passes to the lecture hall and a print out of a mappable living space to go along.

The Cough It Up Society

1
1
1
Challenge
Pen to the Paper 17
Sit down and write without planning! No genre restrictions, no word limit restriction, all you have to do is write! You do not have to submit the first draft if you would like to go back and edit it.

He laid his pen upon the paper

he could no longer fight

the city outside was falling

it would be dust before the night

His head he left it hanging

as he scanned through the graphite

orders he’d been given

to stand down quite forthright

What could he have done different

been more noble of a knight?

the King had certainly trusted him

But with so many fires burning

could he possibly ignite

a flame within him larger

could he burn as bright?

He raised his head just slightly

Listening for the right

towards which choice was right

Just then a cry arose

a woman in a plight

her echo shattered through him

and he saw in black and white

That no man would evade him

and by sun or the torch light

he would defend the people

his castle would stand despite

in the water bleed

All the boys I’ve loved

and all the boys I’ve seen

or a bit in between

Have been left with a mark

or are pulled by gravity

Because they always end back up

To slice you off

A piece of skin

That’s what you want

That’s how you win

With your face a grin

My mind a chaos

And drilled right in