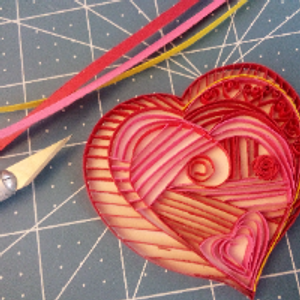 I said that I would only be gone for the summer and be back in the fall.

At present I’m assisting my aunt with her three kids under 1, and between bottles, diapers and dishes, I haven’t really found the time to write.

But I promise to start writing on here again someday! Maybe next year I’ll get back on track. :)

(I flatter myself by believing many here miss me. :P)

I do check on here for certain people’s writing on a regular basis.

To keep you entertained while you wait, here is a excerpt from my story I’m writing!

The dark figure crept along the rocky shore. The beach was deserted and the sun had set. The figure darted between boulders and went around a corner. There shadowy sails were outlined against the skyline. The man slunk on the beach alongside the ship and called in a low voice. After receiving a muffled reply, he swam out to the ship. A lantern was held out over the side and a rope ladder dropped down with a soft splash. The man climbed aboard and the murmur of voices could be heard. Then the lantern was extinguished, but not before the flag flying high above the ship showed the pattern of the skull and crossbones.

6
3
9
Challenge
Quote time!
Write a quote. Two sentences or two paragraphs. It doesn't matter, just write a quote you love, hate or it's sad or happy. Be creative! This was mine as an example, "I don't need them anymore. I'm the person they needed, and what they wanted to be."

“Wildflowers bloom in the heart of those who are free like the wind.“

Hi guys! I just dropped by so I thought I’d give a little update on my life. :)

As some of you know, I tried to stay off of The Prose for the summer so that I could get some work done on the book (Conquest by Silence) I’m writing for fun. It’s been a crazy summer, so I only got about 10,000 words written, but at least I’m moving forward. :P

Here is a excerpt from my book!

The harbor of Misalania was a lovely but busy place. Carts filled with crates rumbled along the narrow streets as sailors strode by on the boardwalks carrying heavy crates easily on their shoulders. Seagulls screamed and swooped low across the rippling water. Fishing boats swayed to and fro as their owners lay nets out to dry in the sun. A beautiful ship rocked gently in the wind, the name The Wave-Dancer painted clearly on the side.

Have a great weekend, Y’all!

3
0
2
Challenge
Not Baseball Word Play
Use the following words: swing, pitch, slide, out, safe, foul, balls ..... but it CANNOT be about baseball

ThatGirlAJ in Stream of Consciousness
• 33 reads

I watched my little brother go down the SLIDE and land with a thump. He jumped up and ran toward a kid on a SWING. As the girl on the swing soared high, I realized that she was going to hit my brother!

"Watch OUT, Jack!" I cried, racing toward him. The girl reached him first and her heels hit Jack in the and he toppled to the ground. Reaching him, I saw blood pouring down face from a FOUL looking cut. As I knelt beside him I could hear someone screaming in a such a high PITCH I thought my ears would break...and then I realized it was me.

Some people playing with a couple BALLS came over to help me. We got Jack into a car, and they began the drive to the hospital.

Clutching my brother to me, I whispered, "You're SAFE now, Jack. You're okay. "

8
2
0
Challenge
earworms
Those random thoughts, song lyrics, bits of phrase or slang that get caught on repeat inside your head. Whether it’s the opening line to your favorite song, the piece of advice your mom says each time you walk out the door, or a spiraling though of your own design. Share with us your latest earworm in your options of prose, poetry, or more.

A duck walked up to a lemonade stand

And he said to the man runnin' the stand

The man said: "No, we just sell lemonade

But it's cold, and it's fresh, and it's all home-made!

Then he waddled away - waddle waddle

'Til the very next day

I've been babysitting my small 1 1/2 cousin, L., while his mom is in the hospital with his little brother. And L. is hooked on The Duck Song Ever spent 18 hours straight listening to it? Trust me, you haven't missed out on much. It gets stuck in your head, and you get it stuck in everyone else's as well! (Don't know what it is? Just google it, hit play and then you'll know...) Everything, even your innermost secret thoughts, are about it!

For example, you catch yourself singing this in your head to the tune:

"I need to put my clothes in a lemonade stand...oh, phooey! I mean I need to do a duck in my little clothes dryer. NO!!!!"

Ugh. If I could get this song out of my head, I would SO happy.

But...there are worse things to have stuck in your head, I suppose. :)

5
0
8
Challenge
Tell a story in 15 alliterative words
The challenge is to write a story, with three stipulations: 1) 15 words, no more, no less. 2) Use coherent sentence structures (tip for the impudent rebels: coherent doesn't necessarily mean grammatically correct.) 3) Every word must start with a phonetically alliterative sound; for example, "sojourn" and "psychopath" start alliteratively, whilst "wretch" and "worrisome" do not. Other than that, anything goes! Fiction or non-fiction. Poetry or prose. exemplify the rules, exterminate the rules, extol, exude, excrete the rules! it's all up to you! Have at it!

He was a cheapskate. That I know. He bought things on discount and in bulk. His family turned badly printed napkins inside out; they split one can of orange juice between 9 kids. They wore hand-me-downs clothes and cheap shoes.

He was a plant-person. He saw a plant, and he bought it. He stuck it randomly in the yard. He planted hundreds of pine trees and other evergreens.

He was intrigued by new inventions. He bought a portable telephone and kept in his car. But, to make sure nothing would happen to it, and because it cost money to make or receive a call, it was never ever used.

He loved words, but couldn't say them right. He used a hard 'g' in the word "gee" rather than a soft 'g'. And only stopped when his wife pointed out that "gee whiz" wasn't said with hard 'g'.

He loved to read aloud. His kids heard many, many stories from him, and then read them to their own children.

And then, he died of cancer. Leaving 9 kids between the ages of 19 and 2, and his wife behind him.

Yes, I know many, many things odd things about him, but much about his everyday life. I've imprinted everything I know about him in my memory, so that someday when we meet in heaven, I'll recognize him. I'll fling my arms around him, and tell him who I am.

And I never met him.

9
2
4
Challenge
Hook Me! Part 2
Write an opening paragraph to a gripping book or novel! (I will not be judging the entries, but rather the winner will be chosen by who gets the most likes on their post)

I was in the dark and I couldn't see a thing. I fumbled around with one hand, searching for a flashlight. I finally found it laying on the floor where I had dropped it when the scream had startled me. Holding it aimed towards where I thought the door was, I flipped the switch. Nothing happened.

"The batteries must be dead," I muttered, "It would happen right now."

I took a few cautious steps towards the light switch, and stumbling over a cord, fell. I decided to crawl the rest of the way. Soon my head bumped against the wall, and I stood up. In the pitch black darkness, the feel of the wall against me was comforting. I grabbed the light switch and flipped it to the 'on' position. But instead of the room lighting up, it remained just as dark. Had the power gone out? Perhaps. It had gone dark right after that hair-raising scream I heard. I leaned against the wall and thought my situation over. If I remained in the dark much longer, I was going to go crazy! I needed some light, and I needed it NOW. As I stood there, I felt the door next to me open. No light came through it though, so I supposed that there was no light out there either.

"Oh good!" there was relief in the voice, "Why aren't you coming back down? We need to get out of here."

As I took a deep breath to start explaining about the power going out, etc., my friend spoke again, "And what on earth are you doing with all the lights on? It's the middle of the night and we're not supposed to be here!"

I froze in bewilderment.

"The flashlight didn't work, so I was going to turn on the lights." I mumbled, my brain still trying to understand that line about the lights being on.

"Frank? The flashlight is working just fine. It's bright enough to light this room up by itself!"

"It's on?!? Wait, you're telling me that the lights in this room are on, and the flashlight is working?!?" I repeated with a frantic note in my voice.

I began flipping the light switch back and forth in a frenzy.

A hand closed around and stopped my frantic flipping.

I pulled my hand free and sank to the floor. Staring out into the inky blackness, I whispered, "I can't see a thing..."

6
2
7
Challenge
First lines
Write the best first sentence you’ve seen in a book, or first line in a poem, or a first sentence or line from one of your own works. No explanation, no context, just the line and where it’s from

"In the beginning, God created the heaven and the earth."

The first line from the Holy Bible

7
3
3
Challenge
What does Love really Mean
write the raw truth about what love means and how love really is, compared to what we see in movies. have fun with it. but really try to dig deep comparing you real experiences to what media portrays

When I saw this challenge, I just had to write something. Even though I was taking a break from The Prose for the summer. So I did and here it is:

We tend to think of LOVE as being a nice feeling we have. But what is real LOVE like? It's not a just a fuzzy, warm feeling!!!

The LOVE I know and have experienced is awe-inspiring. A LOVE that OVERCOMES, OVERWHELMS, FORGIVES and UNDERSTANDS.

I'm talking about the LOVE of GOD.

"For God so LOVED the world that He gave His only begotten Son, that whosoever BELIEVETH in Him should NOT PERISH, but have EVERLASTING LIFE."