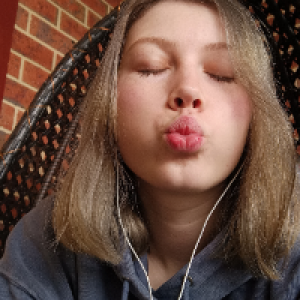 Follow
VictoriaSobo
19 and an aspiring writer
39 Posts • 100 Followers • 51 Following
Posts
Likes
Challenges
Books
Challenge
Does Objective Morality Exist?...
Friedrich Nietzsche called them humanity’s “herd instinct.” John Stuart Mill stated that they are the proportion to which an action leads to human happiness. Socrates believed that a “moral” individual would not harm an “immoral” individual. Philosophers (and scientists) have long debated the essence of morality, and different cultures have all at various times and even today possess differing ideas of what is morally acceptable. But one question above all else rings clear: do morals actually exist apart from our subjective human world, in the objective realm? To be clear, morals and ethics are something urgently required by society to function properly and to ensure human happiness and trust. For truly, a wold without morals would be a world of chaos and misfortune, presumably. With that established, however, do morals actually exist objectively? If so, who or what sets the rules and what are they? If not, why not? I invite the artists and philosophers of Prose. to take up the challenge, and am eager to read your takes on this. All philosophical and religious views are welcome.

Objective morality is a myth

I would guess that the origin of morality is entwined with religion or faith in an omnipotent being. Those who have faith in a higher power are inclined to claim that morality is objective and I hate to discredit other's beliefs, as for some their faith is how they navigate the world, but perhaps that was the intent from the beginning.

To explain the connection I will attempt to go back to basics.

Humans discovered at an early stage that existing within a community was beneficial to each member, far more beneficial than a "lone wolf" approach. Anything from farming, to infrastructure, to technology, to language, and innovation; theyre products of our shared knowledge.

But what is to keep one individual from destroying everything that the community has built? An eye for an eye? That may only work to a certain extent before the tit for tat attitude brings an end to the social order.

Assigning a government or an authority would be the next step, to assert rules and guidelines, but how would they keep these in place?

It's unwise to rely on others to follow rules if there is no consequence (take the shopping trolly theory for instance https://www.google.com/amp/amp.hit.com.au/story/this-shopping-cart-theory-reveals-if-you-re-a-good-person-or-a-public-menace-154763) But we also cannot afford to lose members of our tribes by banishing or punishin them for wrongdoing. As there may be collective riots and protests.

From there we begin to devide society into classes in order to control the working population by limiting their education and imposing social constructs (e.g. that your station is set at birth and that is simply the way that the world works) the lower classes are less likely to question due to this lack of education.

But how do you stabilise those ideas? Well why not invent a narrative that dictates one will find eternal happiness and joy by obedience in this realm, but eternal damnation for 'sins'.

Apologies if this doesn't make sense I didn't want to miss an opportunity to join the conversation. But a migraine is preventing me from being able to collect my own thoughts very cohesively.

I also would like to say I don't mean to offend anyone by this take on religion, but personally the existence of God is more troubling to me than the lack of one would be and this is how I justify my perspective

Wisdom from a fool

Every step I take I sink into the dirt

Every minute I waste my brain falls apart

I have to actively build upon my thoughts upon my limbs

To perpetuate this flesh machine

If you do not feel as I do

Then this shall fall upon deaf ears

If you do not think as I think

Then you will never see as I see

I ramble only because sense is senseless and thoughts are arbitrary

I ramble for you to make sense of my senselessness

We are all a trial for the perfect person.

We are programmed to seek partners genetically different, so that our offspring will essentially have a software update.

Nature searches for perfection in the physical realm.

Meanwhile each generation becomes more and more knowledgeable through centuries of education and discoveries.

I see myself as a puzzle piece, the area I lack is completed by others and others complete me.

I truely believe that we as a species must some day - if given the time - reach a pinacle.

One day a living human will become the culmination of our shared knowledge and shared genetic variation.

They will demonstrate the bigger picture of this puzzle of which I am a part.

Each individual is a transient phase of imperfections in the search for the ideal human being.

And with this new found understanding, I have come to terms with my imperfection.

As I know that no matter how small my influence on the future, no matter how seemingly insignificant my role in creating the superlative human being. I was here. I have made a mark.

I know that I existed as a puzzle piece in the perpetual machine of mother nature’s mission.

I want you to hold me in your arms until I’m sound alseep.

I know you hold me all the time

but my mind never quietens enough.

listening to your gentle heart thump.

The sound wriggles its way into my thoughts

Until it’s all I think

There is no now

only the time we have left.

Yet we know not

how long that may be for you and me.

I love snuggling close together with your forehead against my cheek.

But I hate your warm breath

breathing where I breath.

Sharing back and forth the oxygen that resided in our lungs

It makes me far too conscious of my body’s futile efforts at keeping me alive.

So many things out of my control.

A life I never wanted.

But a life I get to live.

It’s too much for me to think about

it’s even worse to think alone.

So at least you’re there to calm me down

when even my thoughts get too much.

Which is why I need to fall asleep inside your arms.

Anyone interested in participating in season 2 of #thebookexchange? Read below!

You can be anywhere in the world. All you have to do is buy your favourite book, or pull it off your shelf (just one) and send it to a stranger (I'll send their details in private message).

You'll receive roughly a maximum of 36 books back to you, to keep. They'll be favourite books from strangers around the world!

If you are interested in taking part just message me (or express your interest below) and I'll send through the details.

On the birth of a son

"Families when a child is born

Hope it will turn out intelligent.

Having wrecked my whole life,

Only hope that the baby will prove

Then he'll be happy all his days

And grow into a cabinet minister."

Just wanted to share one of my favourite poems.

The myth of randomness

There is an illusion of free will, my fate has been determined.

It’s already been made.

You see space and time are connected, as Einstein has demonstrated.

And if space and time are connected, dependant on the observer.

If time is relative.

Then is it not simultaneous?

It must, I believe it truely must.

And light proves this to us, as we visually observe everything happening after its already occured...

And if simultaneously everything occurs, our perception is the only evidence of that concept called “time”.

So space and time are connected.

Time is but a construct.

Everything that has, is, and will happen is happening right now.

Every thought has been thunk.

Every hand has been played.

Every die has landed.

And every cat has died - or survived - in that box.

Even the first time that I realised this was already set in stone.

But don’t let this bother you. Because if the multiverse exists, then despite the future being set, still anything is possible as you still will never know

what path exactly is your own.

7
3
10
Challenge
Tell us a story.
One paragraph. Four sentences, not four lines. A beginning and ending. You fill in the middle. No dialogue. It can be loving, funny, sad, even enlightening. Tag me in the comment section as: @Danceinsilence so that I can read your work. Winner will receive The Flash Fiction Award Certificate ... and as always, I will start this off

The universe was created in a blaze of blinding light, a happy accident, but an accident all the same. Here I am and here she is, a cosmic coincidence that we happened to exist together. But my helpless knowledge overcomes my nature - my love - for this faithful creature. She makes me wish I was as niave as her.

7
2
6
Challenge
How does one balance between acknowledging their insignificance in the world and empowering the uniqueness of humanity?

Every action is as trivial as the next.

Every desision as insignificant and unimportant.

Should you choose to pertain to societies rules it would not matter, but you won't experience all there is to experience.

Should you push away from social norms and make desisions based in curiosity and impulses, then you shall feel a wonderous array of human emotions.

Nothing matters objectively, but anything can matter subjectively.

3
1
9
Challenge
three word story
write a three word story that leaves a lot of unanswered questions. then, choose twelve filler words so it fits the fifteen word limit (but trust me, they are just as important ;) )

Am: first person "to be"

I: who the world sees