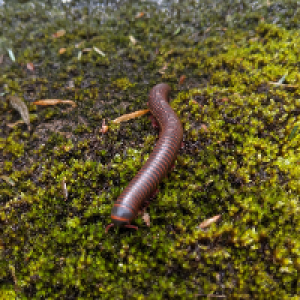 That I only went along with it

Because I didn't set standards back then

For whom I'd call a friend

That I was too weak to intervene

That now, I would've put an end

To their torturous regime

That it shattered my soul

To see the people I knew

Hurt someone I didn't

That things will get better

That one day they'll grow up

That one day they'll feel guilt

That I'll stand up to them, for you

But all I told you was

And now I can't tell you anything.

1
0
2
Challenge
Siblings
Write a funny or heartwarming story about you and your siblings. If you don't have any, then write about a fictional heartwarming or funny moment between siblings.

I waddled over to the fridge (“waddled” is important here. I’m short now, so I must’ve been about 3’5” back then. Each leg was probably about the size of a loaf of bread) and put my chocolate bar in the back of the first shelf, behind the most obscure bottle of mystery sauce I could see. I had labeled it, too—I had four siblings back then (don’t worry, I didn’t lose any since. But now I have six) and I knew they would have no qualms about eating a chocolate bar that just magically appeared in the fridge.

Cue three weeks later. It was a Sunday afternoon. Sunday was a great day back then because I didn’t feel as though I wasted away my weekend as the looming face of Monday drew closer. Sweet, sweet times. Anyways, I had just found a quarter on the street, doubling the net worth of my assets. My dad was making a barbecue for dinner, and I just knew my day had come.

For those faint of heart, I would advise you stop reading here. This story is about to get very sad, and I wouldn’t want your day being ruined like mine was on that fateful day so many years ago. But if you think you can handle what’s coming, continue reading.

I waddled over to the fridge. I stuck my grubby little hands in the back of the first shelf, feeling around for the mystery sauce. There! Found it. I moved it out of the way and much to my chagrin, the chocolate bar was gone. I was devastated.

I ran to my older brother, mumbling incoherently about my terrible loss. Between heaving sobs and snot bubbles, I managed to get out the story of my beloved missing chocolate bar. And that’s when I saw the Cheshire grin spreading across my brother’s face. The horrible realization dawned on me.

I was angry. I was livid. You’ve never seen so much rage compressed into such a small person. I had to find the perfect way to express how I was feeling, and I finally found the inappropriate words to hurl at my brother. With balled fists, a reddened face and all the hatred I could muster, I yelled,

Because truth be told, that was the most profane sentence I could have ever crafted at the tender age of 7. I haven't improved much since, but at least I learned how to better hide my chocolate.

8
4
2
Challenge
I'm lonely. Write something funny!
Anything goes. Prose, poetry, maybe something that happened to you today! Again, anything silly.

She used to roam the streets

If paper bags had a

Pink streak in their hair

She used to steal candy from

They weren’t really friends and

She used to drive her beat up Chevy

That was actually her brother’s beat up Chevy

She would’ve had her own beat up Chevy

If she were old enough to drive

She used to wear mismatched socks

Pretending it was fashion

She didn’t know anything about fashion, plus

She was always losing socks.

1
0
0
Challenge
Describe yourself in a fifteen word sentence
Not separate words, but an entire sentence that is joined :) No language or blasphemy.

I am a retired child in chilled attire, tired of writing's entirely too trying trials.

3
1
0
Challenge
remind me of something beautiful about the world (ps. tag me)
as a teenager suffering from existential crisis, i really need to find my motivation to live

In three weeks, I implore you to look at the number of submissions. Each and every submission is a person giving you a hug, telling you that it will be alright. Because everything will be alright. Look at the room around you, and picture it filled with every person who wrote an essay just for you. We’re all your support team. We care about you.

I’ll give you a few ideas to shine a ray of hope in your amazing existence. First, imagine someone else posted this. It’s your turn to write an encouraging essay or poem. They matter infinitely, and you need to tell them that because you’ve felt exactly what they’re feeling. You’re in a position of empathy. It would be wrong not to help them. So write to them.

Have you ever planted a garden? If not, please do. Fill your room with so much greenery that you can’t even remember what color the walls are. Make people who pass your residence stop and stare at the beautiful plants that you grew. Talk to the plants. They’re good listeners.

Every day, look in the mirror for five minutes and think about what you’re grateful for. It’ll be hard at first. It’ll probably feel stupid. But keep doing it, and you’ll get better at finding what to appreciate. Soon enough, you’ll look into your eyes and feel the warmth and happiness of a person lucky enough to live your life.

By the way, I read everything on your page. You’re cosmically talented. Please continue to use your literary gift every day.

You have so many smiles and laughs ahead of you. I believe in you, Asterisk. I just need you to believe in yourself. Can you do that for me?