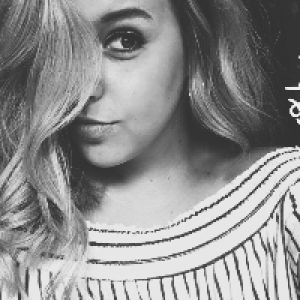 with eyes that will not shut.

The heavier they are,

the higher I am.

The silence does not come.

It taunts and teases

and mocks and laughs

turn round and round

and eyes open up

to find nothing left but straw.

For every bit of me,

there was a part of you

that poked and pushed and prodded

until I was you too.

I am not the sun.

Today I am the sunshine.

Tomorrow I will rain.

The sky does know my passion.

The earth will know my pain.

The flowers fear my fury

but they reach up towards my glow.

They bend and shake and quiver

but they need my love to grow.

The mountains bow to me

Then on their feet, in rigid stance

as birds go floating by.

the oceans crash on sand.

Waves and currents, twist so tight

a grand applause at hand.

announcing I am here.

My presence ever gently

the winds will know I'm near.

I am not the sun

compared to things so small.

I am mighty to the galaxy,

I control it all.

would feathers dust their wings?

Or do colors shine

through skin so thin

between tiny toes on backs?

making paint fly through the air?

they make their mark

smudging trails along the way?

If letters knew the alphabet,

would they find their place in line?

Or are they tired of

Do clouds use roadside signs

to lead them on their way?

Or does chaos fly

on a lazy, rainy day?

Is my mind supposed to work this way

putting things here instead of there?

but I enjoy the thoughts

on a Tuesday afternoon.

​I don’t like where I am.  I don’t know where I want to be, but I know it’s not here.  But I also think I have to be here in order to get there.

It’s the weirdest feeling, the one that’s trapped inside me.  It’s like a small fire that burns the back of my throat and I can’t extinguish it no matter how much water I drink.  It likes to tickle my tonsils and creep into my head.  On really bad days, it will drop big, heavy embers that land in my stomach with a splash.  Some days, I want nothing more than to put out that fire.  To be content in where I am and satisfied with what I have accomplished.  But on other days, I want to blow it up.  I want to swallow gasoline or alcohol or any other flammable substance in reach and let the fire blaze, let it take me places I won’t let myself imagine.  I don’t know how to do either of these things.

I think I want to call this feeling ‘empty.’  But that is such a misleading word because when I feel empty, I feel anything but.  It feels like those simmering embers stuck in my throat are so hard and so hot and so there.  Just wanting to be noticed.  Wanting me to know there isn’t anything I can do about them.

Sometimes I think maybe love will fix the burning.  I need someone to blow out my fire and soothe this passion that’s caged in my heart. But who wants a burning woman? Fire will catch anything I touch.  And no one wants that.  And those who try, don’t give me what I need.  Because I don’t even know what I need and honestly, that is the hardest part.

I want flames. I want destruction.  I want anger and lust and passion so unbearable it rips through my chest like a phoenix from the ashes.  And that is so fucking cheesy.  That doesn’t even exist if I wanted it to.  People don’t like passion, they are happier being lukewarm.  And so, I guess I will be unhappy.

Sometimes I think maybe if I move away, I’ll find whatever I need to fuel or quench my fire.  But where do I go? What city, what state, what country, what universe do I need to inhabit in order to put out whatever the hell is going on inside of me? That’s why I think I have to be here.  I think I have to do this, to put up with this, in order to get there.  At least that’s what I’m telling myself.

I don’t know how much longer this will work because I just fucking want more, and I have no idea how to get it.  I just don’t know.  So until then, I suppose I’ll be here, burning quietly to ash.

She likes to build her dreams

on top of hollowed-out adventures.

In hopes of finding passion

in places it won't be.

desperate to reach the sky

and buildings crumble and fall.

She cashes out her feelings

to trade with logic and reason

because that's what daddy said.

It makes a sturdier foundation.

and dreams don't pay the rent

so she stands among the rubble

with dollar bills in her hands.

They say her head is in the clouds.

But these aren't cotton candy, day dreams, no.

These clouds wreak havoc on her mind.

These are bad clouds.

These are bad clouds.

But the clouds aren't always there, no.

Most days the sun is out and she is fine.

Big smiles and bright eyes and she is fine.

She puts words on paper and she is fine.

But words on paper don't take the clouds away.

Sometimes she wakes up in the morning and she knows the clouds are there.

She feels them in her lungs,

sitting on her chest.

Her eyes are open but she's not there.

Big smiles and bright eyes but she's still not there.

She puts words on paper but the clouds don't go away.

She doesn't have a say.

They say her head is in the clouds.