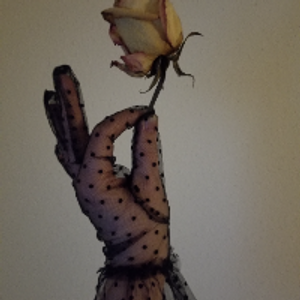 Follow
moonleight
Her gentle words dipped in ink ready to share.
15 Posts • 27 Followers • 11 Following
Posts
Likes
Challenges
Books
Challenge
Love Poem
Write a poem to your significant other. If you're single, write a poem to someone you are infatuated with.

a poem to my love

you found me in a moment of peace

my guard was down

my heart at ease.

i knew i found my place that day

but i had to leave-

you asked me to stay.

the mountains had our back cheering us on-

as we ran around town

falling in love till dawn.

1
0
0
Challenge
Message or Method
What wins your “like”/repost? It is a beautifully eloquent uniquely well-penned write…or one that, no matter the quality, expresses a POV/opinion you agree/identify with? Message or method…what do you reward? Judged on honesty authenticity and quality of writing. Poetry Only.

what gets my love?

when the words you are reading no longer are words

when they create a story in your head

taking you to another world completely

and when you finish reading you rush to reread it

when you read a line that really hits home

when you look up from your screen

and see the words in front of you

and in all of the languages

emotions from the heart

ive struggled to be perfect at everything i do,

being told time and time again,

"smile be good, everyone is watching you".

it wasnt until i had my own freedom

and i could do what i wanted-

that i could turn my pain

into (waves of) wisdom.

with permission of my own

i started to write-

about the live ive lived

and what kept me up at night.

the thing about permission

is its a whole new emotion

one that im proud to feel

3
1
0
Challenge
Challenge of the Month XXXV
R.I.P Challenge: This one is from our social media director, and it's a staff favorite. In our fashion, the winner takes the $100, and this one is judged solely by the social media department. 500 word minimum. We can't wait to read these! In this writing challenge, you will be tasked with creating a story in which the old version of yourself is killed off and a new character is introduced. This new character should be a transformation of the old you, representing the growth and change that you have undergone. To begin, you will need to think about what aspects of your old self you would like to leave behind, and what qualities you would like to cultivate in the new version of yourself. Consider what events or experiences led to your transformation, and how you have grown as a result. Next, you will need to develop your new character, giving them a unique appearance, personality, and backstory. As you write, be sure to incorporate elements of your own life and experiences, as well as any symbolism or themes that are important to you. Finally, you will need to craft a story that brings your old self to an end and introduces your new character. This could be a tale of redemption, self-discovery, or personal growth. Whatever direction you choose to take, be sure to make it a compelling and meaningful journey for your readers.

"you became who you needed to be in order to survive,

its time to become

who you need to be in order to thrive."

I have short blonde hair, not by choice, but from all the voices around me saying I'll look prettier that way.

I was told I needed to exaggerate my story or no one wanted to hear it.

I was told to stay by his side because he would guide me to the other side of success.

All these voices telling me something different, voices talking about me when I'd leave the room, voices that would stop talking when I would enter their view.

No matter how hard I worked, or for whom I worked hard for, to them, I was just a nothing girl, who came nowhere, nothing special.

The only wrong I did, was I didn't believe in myself. I listened to what they said, sometimes to my face, and sometimes to my back, but I listened. I would go home and cry but I couldn't cry too loud, because everyone thought I ran away to have fun.

Did I run away to have fun? Sure.

Did I have a fun time running? Not so much.

It was easy to laugh it off and say she don't care, I guess it was easier when I didn't look like myself. I could act like the me that they thought I was; but that wasn't the real me.

No, the real me only came out years later.

It took a few years, a few jobs, a few yoga classes, a few journal entries, and a few prayer to God, but she made it.

With her hair long and healthy and natural, stepping into her power of HER.

Knowing what she wanted, because she herself wanted it. No one whispering into her thoughts telling her otherwise.

How did she find her own hopes and dreams?, you might be asking, it came from a volleyball.

She had already changed her hair, and her job, and now it was time for her to change the people around her. So naturally, she turned to Tinder! (haha!)

Headache after headache, she was ready to give up, when she came across a picture of a man and a pizza. (That's another story for another month's challenge...)

She befriended the man and the pizza, and after weeks of talking they realized they were better off as friends, which is exactly what she was looking for.

Next thing our girl knew, she was ankle deep in a sandpit surrounded by 20 people she barely knew! That pizza man had a way of planning one thing and it turning out another...

Thus is began the volleyball era. Every weekend they would get together and play endless rounds of volleyball until the sun went away. And then it was time to party! They would go to dinner, get boba tea, hot the clubs, and hit the hookah lounges. Before they all knew it, they had become one big crazy family, her at the center as the dedicated "mom" of them all.

She tried her best, and somedays it was worth it.

Like when they all packed their bags and headed off to to a new place none of them had been. Cramping into a van, fighting over who sleeps on the bed, getting the munchies and feeling higher than plane they got there on.

It was a magical place, a feeling she never felt...was it because she was there with them, or was there something else?

Even after they packed up and left, she never forgot. It was like a piece of her heart to got to feel something she never felt before?

A few more years go by, but she never forgot, she got to a point so low, she knew it was time to go back.

Without thinking twice, she purchased her ticket, started packing, repeating over in her head, "fuck it!"!

When she got to her place, she immediately felt that feeling again.

She followed that feeling, and listened to heart, she found all the inspiration to complete her new start.

It's not a bad thing to want to move or start over, especially when you find your place, that leaves you feeling like none other.

By the end of her trip, she felt all the love and hope she needed, but God had a plan, one he created.

Sitting by herself, sipping her tea and reading her book, thinking about her life she would stop at nothing to achieve, when a boy with brown eyes came up to her with ease...

They got to talking and found out he was from from where she currently lives, he whisked her away, for one more night before she leaves.

They paraded around the town sharing all their hopes and dreams, feeling more full than anything she ever dreamed.

She felt whole and complete, and them brown eyes sure helped, but it was something that she created herself, with a little wink from Heaven.

She now really learned, how to love herself, in a town where no one knew her, but somehow it all worked out.

She hated to leave, but made a promise to herself, "you have to leave, in order to come back".

It's been a few weeks since her return, everyone asking where did her blush come from?

It wasn't about the boy with brown eyes, or the memories she shared with other years before, but a place that filled her with love and ease, and felt closer to herself than ever before.

She realized that she was working hard all these years for people other than herself, so with inspiration and determination, she sat down to write. Writing about all the details up to that point, and what had kept her up at night.

Sentences grew to pages, and somehow ended up here, prouder then ever, her words full and sincere.

Life is filled with deaths and new beginnings, sometimes they happen to us, sometimes we cause them, something they are brought upon us.

But with the death of the one we used to be, a kinder, softer, new soul, is now free.

We always have the strength, will, and power, even on those days when we lay in bed and cower.

Look to the moon, look to the stars, and look to the Lord above, there is inspiration and hope, waiting for you with love.

If you'd made it this far, the girl thanks you kindly, for freeing her words she thought were dead and buried.

One thing she learned along the way, as long as you have a voice, there is someone out there always willing to listen. <3

Short poems to read
Chapter 7 of 7

the heart is something

you need not explain

to the wrong people,

for the right people

Short poems to read
Chapter 6 of 7

happen between the heart and the mind,

all the love we will find.

all the love we will find

and the love thats been lost,

the love we set free,

and the love come back to us.

Short poems to read
Chapter 5 of 7

did i have to fall in love

before i fell in love with myself?

did i have to move

i am my own home?

did i have to tell

did i have to pray

Short poems to read
Chapter 4 of 7

he was the light to my pen

and i should have known then

that he would shine his light

on the darkness i write,

making it less lonely and scary

into a beautiful library.

Short poems to read
Chapter 3 of 7

his heart is a locket

at rest on his chest

for the world to see and hold.

hoping one day someone would open it up

and take a look inside,

to see all his secrets

and love he had to hide.

Short poems to read
Chapter 2 of 7

her locket she hid away

she kept it hidden away

only to take it out

on those nights she felt alone

wrapped in self doubt.

inside her silver locket

she kept her hopes and dreams,

that one day her life

would be more than it seems.