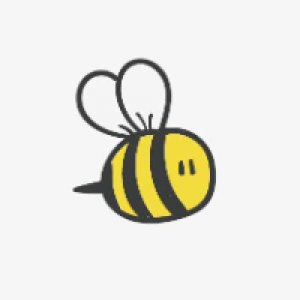 between the bottle-blonde volleyball captain

and the bracefaced leader of the Model UN

club. her skin is milk-white, littered with

her hair is ironed flat; her curls are too

messy to look good in a ponytail.

tan-white girl comes from a place

where people dance in the streets

and eat buñelos until their bellies are

and drown their dinners with firewater;

she doesn't know the Spanish word for it.

Spanish is word vomit that she chokes on

every time she is called on in class.

but English falls off her tongue, as she

worlds, and neither seems to fit.

oz is no more.

His father told him that if he headed down the narrow, golden path for three miles, he would find the Emerald Gates, which nurtured the thriving realism that burst from the busy, busy inhabitants of the Emerald City, who only mingled with their own, unless prompted by the Good Witch. As the boy reached the shimmering barrier, two tin guards stepped in from their posts in unison. Upon closer inspection, he realized they were disheveled. The joints that held together their metal limbs were rusted with flakes of red and brown. Their faces were not expression full, but rather iron masks with human-like features etched within them.

“Halt. What business have you in the Witch’s Brew?” One of the two leaned forward to peer down at the boy, whose clothes were tattered and ripped from weeks of listless travel. He raised a bushy brow at the guard and pointed beyond it. “Witch’s Brew?” He asked.

“This is the Emerald City. Perhaps the cogs in your head have got you confused?” He blinked his cornflower blue irises, hoping the curiosity he knew that lingered within them would soften the automaton. Its metal mask never wavered.

“He cannot see past the facade.”

The other murmured. “Foolish boy.”

“Facade?” The boy unfurled the map that was clutched tightly in his hand and showed the two guards the pictures he had poured over since he was only a babe. The two guards leaned in close, so close that their heads bumped together. Unfazed, their eyes pinged back and forth, analyzing the yellowed parchment.

One of them straightened and stalked over to a tiny booth that they resided in when off-duty. A lever was pulled, and the Emerald City faded away and was replaced with a rusted bronze gate with bars that were pointed at both ends. Just beyond them, the boy watched as sullen, dirt-laden Munchkins slogged into crowds full of fairies with ragged, faded wings and lions with patched manes.

“Oz is no more.” The guard who still stood before the boy said, a hint of forced melancholy in his tone. “Not since Dorothy gave into her evil desires.”

my religion consisted of

and cutting it out into jagged stars

that burned without meaning.

i was not happy

the portrait of my life.

the edges began to curl

i am working on closing

the book of pessimism,

so i can drench myself

in the clarity of optimism.

and hopefully, i will be

arms to the congregation

of me, myself and i

How To Become A Witch (In Five Simple Steps)

Step 1. Go on Ebay, buy some pigs' blood. (If they ask you for $50,000 out of your college fund, that’s fine, get it. Witchcraft is way more important than some liberal arts school, right?)

Step 2. Paint every inch of your room black, go to an estate sale and buy all the Victorian furniture you can find.

Step 3. Move to a remote area where no one really comes around, and build a moat around your home, just to be sure you’re extra alone.

Step 4. Wait ten or so years, and then possibly some handsome but awfully dumb lumberjack will come across your home.

Step 5. Become friendly with said lumberjack, possess him, and then make him your agent of destruction and chaos.

There are things in this world that I will, no doubt, even when I'm a wrinkly California raising of an old lady, will be awful at. Like double knotting my shoes. Like, I'm gonna forget, so if you see my laces flopping around like those inflatable guys you see in the front of car dealerships, tell me. I'm gonna be embarrassed, sure, but I'm not gonna faceplant into the pavement, which for some people, would be an absolute joy to watch.

I'm bad at math. I think a lot of people can say the same. Logic? Never heard of her. Asymptotes, who? Imaginary numbers are on my doorstep? Who would have known? Not me, that's for sure. I'm also crap at Spanish. But its also how I learned that, it's not as simple as sticking an "o" or an "a" on the tail of an English word. What makes it even more cringe-worthy is the fact that I'm half-Latina. Yup, you heard it here. I am a pasty white-arsed half-Latina who only knows how to ask where the bathroom is in Spanish.

And that's okay, because I know I can get better.

Once you hit rock bottom, the only way you can go is up.

it all flickers with the flash of a blade and

rust. it is there one moment, with an air of translucency.

people soil easily, you know, with the help of a rolled

cigarette between their lips and ink sunk deep within

their skin. i was one of those people until i looked

at the corner of Dillard's and Macabee's and saw

a plain red dress with no shape or body.

surely i could dress it up. i bought it,  along with

a few red ribbons to tie back my insolent curls with.

so it gleamed like candied wax. i passed the radioheads

and the hobos with a new sense of worth, and meaning.

the corporate ladder would be mine, i thought as i looked

toes of my stockings.

look th' innocent flower, but be the serpent under't.

i walked inside and became a crepe paper woman

with only a flickering scale of rebellion that was left

to shrivel to nothing, like a meandering scab upon a child's

it was then that i learned, i was a serpent, a

serpent that would be crushed beneath the

boot-heel of misinterpreted lines from Macbeth.

a head with empty thoughts leads to

a mouth that disintegrates into the

you are themeless, another shell

on the beach that looks tragically

and hold you up to the light,

looking at truth that surely

flies over their head with

you are a ragdoll with stitched

on features to feign happiness

because you have never been

held. you sit in your plastic

it would be nice if it was

Earl Grey. it's murky and

Minnie became the topic of my every conversation

with my best friend, Charlie, who listened to me with

a pair of Beats over her ears.

when she cared to style it. Mostly, it sat on a bun atop her

head, and bobbed up and down with each step we took together.

We’d been neighbors since we were seven, and friends since

the day I saw the moving truck in the front of their house, the

cacti in the front. We lived in Massachusetts.

Naturally, being the kid I was with the attention span of

a lizard, I dropped the Transformers I was playing with in

my front yard and ran over to hers.

We gathered up our odd bunch like Pokémon, you

could say. We couldn’t have too many of the same people.

I didn’t think that, but she sure did.

There was Julian, who we’d met in sixth grade.

He was always high on something, like Elmer’s Glue

to me and Charlie, his beanie flopping behind him.

Soft red hairs poked out from the front.

He muttered something and looked up

I didn’t wanna ask what was cool.

I saw Minnie out of the corner of my

eye, laughing and talking to some kid

who wore leather jackets and bootlegged

He wrote his first graphic novel when

he was thirteen, got it published when

It was crap, in my humble opinion and

I hated him and his smug glare and

his sea-green eyes and the way Minnie

looked at him that he was a fucking god-

Never mind. It didn’t matter. I just had to

I just had to figure out how.

Sorry for the short entry, Journal.

that were once star eyed, until they fell prey to the

songs of the sirens.

the words from the page bounce from my lips and

fall flat on the surface of my desk.

Gloucester shore and are tattooed with

the footprints of toddlers with brains

that are made of spools of blooming

and three inches down, there's an

arc that curls up at the edges.

if you're feeling rebellious,

erase the two dots, and replace them

watch it spin, and let the aimless

cabin, the one at the back of your head.

so take your unadorned, opaque pelt

and watch it disintegrate to the pulsing

amplified beat of your teen spirit.