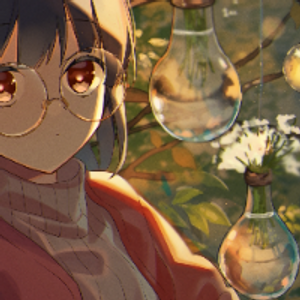 You were not a mistake, daughter.

It's only me who was mistaken 10 months ago.

have you heard of vampires? come in thirsty for blood and wander around our beds.

but to be honest,

I do feel like a prey of a pretty vampire.

sick of fancy bonds that come into life

was hypnotized by their stingy fangs.

get easily jinxed by lurking beings,

who come in search of bloody stains.

I still wander and you just watch,

as a knife goes deep into a slashing throat...

you and I, we always fight by

trying our best to kill ourselves.

Leaves of your story just move forward despite how clingy or rude it can be. It’s neither you nor I, who has got the mere potential to decide what our own life should be. It’s all about something invisible making the path for that possessiveness to be a great lie.

Even without living a good quarter of my life, I have roller coasters of strange yet consistent notions about life inside my little brain. Unlike elderly thoughts, age doesn’t matter when it comes to drawing the absolute picture of life.

Isn’t it a fact that we don’t try to understand ourselves even until our death? Most people rely on tight emotions and feelings throughout their lifespan though they have no space for personal understanding.

The reason is not an unbound secret at all. Simply, we don’t let our souls accept it.

Well, it’s a practised system of living according to someone else’s will. Aren’t we trying to live a life full of lies and pretend just to be truthful at this stage of comedy?

Sometimes, you tend to console or hurt others while being totally the opposite of your character. Isn't this life a mystery? A sickening point to pull your brains out...

~my views on life seem to be vivid. what're your opinions on life?

My happiness isn’t same as yours...

We always try to find happiness in our lives. It can be different according to each one's heart and thinking. Even not finding happiness in your life can be counted as happiness in some way. Since some people do so.

Because it isn’t manipulated by external forces. Intentionally or not, it’s yours. You’re the guide of your life to find your destined happiness. Neither a massive smile nor a loud laugh can define happiness in life. Since we’re living a controlled life in a pressurised environment, sometimes our heart forgets what real happiness is. If your heart collapses in overjoy whenever you feel happy, that’s real happiness. When your eyes start to sparkle like two little stars in the sky, it means you’ve found what happiness means to you.

We have our ways to escape reality. Though we are feeling sad like nobody else, still we are used to laughing and smiling thinking that we could deceive our surroundings. But, it all comes back to you making you feel more miserable. You’ll question yourself as you’re the culprit, witness as well as victim of your life. Happiness is not only having money and living a luxurious life but also following your heart while being true to your feelings. That’s the happiness we dream of but fight hard to achieve in our lives.

-You have to feel absolute sadness to realise the importance of real happiness. -

3
0
2
Challenge
Poetry to the Max
Write about a time you have felt alone, but make it poetry. Must less than or equal too 50 words.

I'm at the window

while my tea cup

tea does taste much better

a soul isn't in sight.

I love it the best.

my ink is spreading

of invisible pal of mine.

we breath the same air

while gazing at a

live rent-free in her mind.

I worry if it hurts

but know you've got

patience more than us.

2
0
0
Challenge
Starcrossed Lovers'
Write about love, how it feels to fall for someone at first sight, the feelin of watching them everyday, hoping...

Let me enter my point. Love. What is love? It's totally a different feeling which starts to engrave in your heart over someone. Even something. Once you encounter your first confrontation with your 'lover', how would you feel? I know that it varies and depends on the kind of person and the situation you're in. Sometimes, your tummy will be loaded with butterflies. You'll feel that you're in a dream to run into someone so loving. Uhm...here, does gender matter? I don't really think so. Despite whoever it is, if you start loving the soul of who stole your heart, you'll be drown deep in fantasy. It's quite obvious, I suppose. When you get to watch them everyday, undoubtedly, your heart will melt like butter. Trust me, no matter how much your dear love grows, still it can be unknown. Those who know, they know what I mean. Just think. Do you think that love has its own space everywhere? Well, it's something undeniable. Because you may be shy or cornered to confess your love. But everyday, everynight, you dream to become another Romeo. Another Juliet. You'll bear your one-way love thinking that even Romeo & Juliet had heaps of barriers. That's the reality. You have to hold onto your lovely yet unrealistic feelings for a while. Nevertheless, NEVER GIVE UP! Friend, you got this. Why can't you write down your love in your journal? Or in a nice letter? Go infront of your mirror and tell 'I love you'. Hug your plushie as if it is your lover. Try to gain your confidence. In no time, you'll be loved back. Love is all over the place. Just gather it and mend it according to your life.