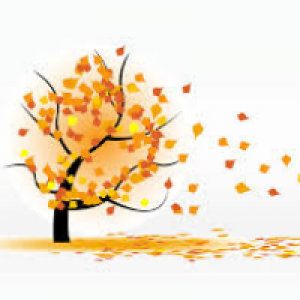 voiceinthewind in Stream of Consciousness
• 24 reads

Several years ago, I set out to understand gender relations. I didn't understand why women acted the way they do. I know it's probably obvious to most people but I'm not most people. So, I did what most people would do when they want to learn something, I watched YouTube videos.

One of the things about YouTube videos is it's easy to fall into an echo chamber. You watch one video about something, and YouTube says "Here's a bunch of other videos with the same opinion! You should watch them!". However, I watched video's that presented a lot of different views.

So, without making this post thousands of words long, this is what I learned...

All men have to do is provide sperm.

Back in the good old days, men did have to provide security and while most women may still want a man to provide that, it's not a requirement anymore.

When women go out in public, guys stare at them all the time. Women do stare at men but the average guy isn't being stared out nearly as much as the average woman and the reason is biological. Men are wired to be visually stimulated in a way that women are not. This is something I don't think most women are concious of which is why it matters what a woman wears out in public.

So, I have a new appreciation with what women have to go through. I'm also okay with being invisible to women.

I wrote a post once where I thought equality is where you only share time. Just like you would do if you were hanging out with a friend. No one is going to get a girlfriend doing that but if equality is the goal, I think that's the way you achieve it.

We think we want something (like being rich for an example) that we don't have because we think that thing will take care of the things we feel are lacking in our present reality, but the truth is that while it may solve our current dilemma it brings a new set of problems with it that we will have to deal with.

So, the question is, can I find a woman that will show me respect. I am not sure if I will.

3
1
4
Challenge
pneumonoultramicroscopicsilicovolcanoconiosis
Write something using this word, can be poetry, short story, fiction, non-fiction, anything you want. Just include the word

We sat in the doctor's office. The doctor looked at us with a straight face and said,

"You have pneumonoultramicroscopicsilicovolcanoconiosis." The doctor repeated.

"It's incurable, you are going to die." the doctor continued obviously not knowing

what the term "Bedside manner" means.

"There's no cure. We will try to make you comfortable in the time you have remaining?" The doctor went on.

"What!?" I repeated completely in shock.

"You should probably get your affairs in order." the doctor said finally.

"It's hard to say, maybe a decade or 2, Maybe less" The doctor answered.

5
1
2
Challenge
Write a beautiful original love poem
Write a poem about love for a girl or boy. Rules make sure its not very long. Use appropriate words

If I love you

If I love you

Could you love me back?

Do I have a chance

Or does my hope fall through the cracks?

If I need you

When I walk alone

I should be holding someone's hand

If I trust you

Would you let me down?

Could you walk away?

while you let somebody drown

When you want someone

it's just a girl or boy

and life is just a game

and everyone's a toy

voiceinthewind in Stream of Consciousness
• 6 reads

If you vote for someone who thought that the 2020 election was stolen by Joe Biden, you were voting to kill democracy and who wants to have that kind of thing on their conscience. Who wants to be to one to blame when totalitarian dictators take over the country because you failed to save democracy.

Saving democracy is worth not helping the homeless in the richest country on Earth. Saving democracy is worth it when people have to work 2 or 3 jobs just to keep food on the table and gas in their cars and judging by the early results, you all came through when you needed to. You rose to the challenge and didn't let those who threaten our very way of life win.

I hate to break this kind of news, but the democrats lied to you. All of you who thought democracy was in trouble and fought valiantly with your vote did it all for nothing. The reason is because we don't live in a democracy, we never have. Everyone who told you we did was lying to you either on purpose or because they didn't know any better. We live in a representative republic. What that means is that we vote for people who go to Washington, participate in government and represent us, the people, and our interests. That's not democracy and it never has been, but I have more bad news, the republic died over a century ago.

This is what really happens, we elect people to go to Washington to represent us. Those people go to Washington and instead of representing us, they represent themselves by making themselves rich. If you doubt me on this, just check the wealth of members of congress before they enter politics with the wealth they have now and see if the difference is their congressional salary. The dirty little secret (which isn't really a secret) is that it doesn't really matter who you vote for because the people who really run things aren't going anywhere.

The powers that be like to keep us divided by inciting race and gender inequalities. Do you know what you don't hear? You don't hear how the working class is being used to generate wealth and that wealth is being stolen from them. The corporate media isn't interested in that discussion.

There was a group that got a militant black group and a white nationalist group together and started a dialogue between them. The funny thing is when this group started talking about class issues, the black militant group and the white nationalist group was in complete agreement. When you talk about class issues, you unite the working class regardless of race or gender and that's why those discussions are considered a threat to national security. You will never hear FOX or MSNBC or CNN talk about class issues in any meaningful way.

So, for those of you who saved democracy but are still living paycheck to paycheck, you heeded the call and saved democracy, good job, unless of course you really didn't and this was just another manufactured election like all the ones that proceeded it, but then that would be denying a completely legitimate election process and that kind of thing is what kills democracy in the first place.

1
1
0
Challenge
Fall Back
Poetry Only about Loving or Hating the time change that will happen in most U.S. states late this Saturday night

If I Could Turn Back Time

I would make you mine

To all my yesterdays

And they make me lose

And I don't get to choose

And they make me lose again

I would move up time

then you could my mine

I would move up time

I would find all my tomorrows

And they make me gain

But I still feel the pain

And they make me gain it back

I would make you mine

To all my yesterdays

And they make me lose

And I don't get to choose

And they make me lose again

attraction failing on the simplist of levels

but that's just the way it is

Should I mimic the sterotypes of a generation?

Should I rage against an unmovable machine?

Shall you implore me to improve myself?

As if it is possible to improve uncontrollable stats

I do not feel sorry for myself and nor should you

reproach me for my social failures but

3
1
7
Challenge
Romantic paragraph
I know it sounds weird but all you have to do is write a real or fake story about a love story. Here's the twist: it can only be 2-3 sentences. Good luck writers!

I walked up to the vending machine and dip into my pocket for the required change and inserted it in the machine. Moments later a 3 musketeers bar falls to the bottom of the receptacle, and I easily remove it. Tearing open the wrapper the smooth chocolate and nougat passes through my lips and melts in my mouth.

every time I‘d go to the bathroom

I want to stand so tall

I just don’t want to be one

They have a heavy burden to bear

or that I can’t sympathize

I just opened up my eyes

I want to stand so tall

I just wanted you and everyone else to know that life is better with you in it. When you chose to be my friend, I didn't know how lucky I was. I know now. Thank you so much for everything.

To everyone else, make sure you wish Esther a happy birthday!

6
3
11
Challenge
Rhyming Poetry of exactly 99 words.
Fiction or non fiction; poetry or prosetry, gravity or jest. As per usual, anything goes. Have at it!

Just for you I’ll write 99. I know you will say I should do it for myself and not for you, but I am going to do it for you anyway. What wrong with doing something for someone else? Do you feel like you will owe me something or do you hate the idea that you could be helpless in some way? Maybe you feel like you don’t deserve to have anyone do anything for you. I don’t know. Maybe I just want to be nice, did you ever think of that. Maybe you don’t like nice, who knows?