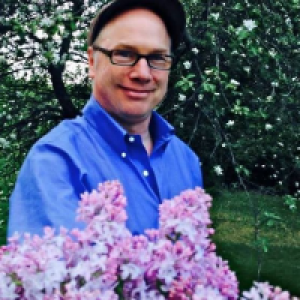 Follow
Bmitchell
Having an MFA in Poetry from Goddard College, Ben Mitchell has published poems in more than fifty literary magazines all over the US, Canada
13 Posts • 27 Followers • 27 Following
Posts
Likes
Challenges
Books
Challenge
Write a funny poem.

Thirteen Ways of Looking at a Spreadsheet

Even in spreadsheets, pictures are worth more than words.

Take time, google some images; people will pay attention and

You are paid by the hour.

Learn how to resize rows and columns.

Vivid color is the core of the beauty of this world

But too many colors

Make a spreadsheet hard to read.

Boxes tend to blend together hypnotically

Turn off grid-lines and headers, and chart borders

Although fun to kill time,

If your book gets too many pages --

Headings should stand out.

People want to know what you are

From a faded blue

7
1
2
Challenge
Bring your Evil.
Same deal, I get to pick the one I like the best, and that one gets lunch on me. No limits, no requirements to form. I will say I'm not looking for your vampires or other classics, but that doesn't mean you can't submit them anyway. Do your worst.

The mats are the last thing every night – four foot

by three foot, three quarters of an inch

each with flimsy spines, for traction. The ones in my area –

the dish--zone – are easy. But the red ones

under the Souse Chef – Leonard -- are caked

with lard, chunks of fallen shrimp. I’m telling you the guy’s

a fucking disaster. He’s a crappy cook too, but

Leonard kisses Judy’s ass. She kisses the customers. Everybody

sucks up to Dr. Henry -- comes in every

Friday with a new anorexic bimbo. I saw him once. He

came to the kitchen entryway to compliment

the food. The way he looked at Judy, he took her

in the palm of his hand and stroked

her across the forehead like a gerbil. Man, she

would have taken him right there

on the mats. No one kisses my ass, you know. Some

of the waitresses are nice; they ask, “How’re you feeling? Did

you have a good Christmas?” It sucked. Thank you.

about my day off. Why don’t you help me

with chicken chunks and eggplant marinated. Let's watch you

in cold water as I squeeze the hose, I throw back my head

to the crisp March sky, and scream

“FUCK YOU!” at the stars. The universe

keeps rolling endlessly through itself.

5
2
0
Challenge
Sexual encounters! 18 and up! Fiction or non fiction

A Poem About The Ocean

would be a lament.

The image of a man standing on a block of ice

in the middle of the North Atlantic,

into the frozen Arctic wind. How

when she finally got home that night,

Her cheeks were pink

and how her little rayon sundress shone translucent

in the light of the doorway.

"Turn some lights on," she said impatiently.

"Where have you been?"

And she would not look at me.

She had to ride with Brian because his wife

was in New York,

said they stopped at his hotel,

so he could get a sweater.

But it was well past midnight

and when she went to take a shower,

I rifled through her stuff,

the little dress -- barely a handful,

the papers in her bag -- nothing

and then her black lace panties.

But this was not the first time

I felt small before her.

And this is not intended as the block of ice

but the image of a child

having only just discovered the ripples

of light in the bathtub,

standing on a beach, looking out at the vast curve

For, the real story starts years before

on top of a hill,

wine and bread in the late summer clearing.

She lay naked against the hillside,

the valley spread out below us.

I fumbled with the button on my trousers,

leaving the socks on my feet.

She shivered as I kissed her neck

and down the shoulders.

I lay my head between her breasts,

could hear her heart, and in the space

between the beats, how small we are,

stretched out naked to the world,

was supposed to drive myself into her, and I wondered

how it came to be, me and her,

here on this hill above the September valley,

but she was waiting, and this was the moment,

and I was the one.

I held myself bluntly between her legs

and everything was sinking

and then open boldly as if to say

Get on with it!

Bmitchell in Stream of Consciousness
• 69 reads

Lucy has written her life story

in soft rooms. She

tried to get them typed, but the doctor

took everything. He said

she would only upset herself. At least

that’s what she told me that day

in the park. It was that kind of sky

you get in late September – the livid blue

that only comes when every drop

of moisture freezes on apples

and the yellow blooms

of squash or pumpkin – as children yelled

over by the monkey bars. I need to believe

someone writes it all down,

on subway kiosks -- but placemats

in a hospital file cabinet, as the sun sets

over trees, and the light fades on Lucy

and me and the children arguing

12
3
0
Challenge
Story of the Gods
Create your own mythological story. It can be about anything as long as it involves a god, a goddess, or a demigod or something that has been affects by one of these. They can be Greek, Roman, Egyptian, or even of your own design. Any genre, any form.

He wakes late to find that as he slept

he’s been touched by the whisper – by the images

of his dreams – a seagull

bending toward a curving ocean. Nothing’s

different. He mutters to himself. He

through some stale bread. But

sitting on the bus it’s clear. He can feel things --

who just got braces, believes people can see

through her clothes. Tommy, the all-night mechanic

sifts through the lies, praying “God,

let me keep them straight when I get home.” Why,

through the fragments. Jonathan, his head

in his palms, imagines

a day when every bill comes due. “Hey…”

he realizes, and this is the part that’s new, “If we

are gall going to waste this bus ride, talking

through the old, over and over, why not

imagine something wonderful -- an orange sunset,

– something excellent. And so he rises

from his seat and clears

his throat, so that everyone looks up

from their phones. But then he can’t think,

of how to begin.

5
1
0
Challenge
Metaphorically Speaking
Concoct a brilliant metaphor in under 150 words.

of an iron sword suspended

over a vast chasm -- at the bottom

to a recording of voices

that whisper to him, tell him

he commands a great army. But

perhaps that is too dramatic. What if,

instead he was covered

with something as simple

as a gray wool blanket.

Imagine, we walk around, each of us,

covered by these blankets.

We grumble how the dust makes it

tough to breath, and

about bigger eyeholes. Or

what if we just

drink coffee on that bench

under the apple tree,

as leaves fall around us.

6
1
0
Challenge
Make Me Cry My Heart Out
Write a sad story. It's as simple as that. No rules, just make it sad. Thanks

Even Now, My Dear

Even now, my dear Futility,

to the tip of every branch, and sparrows

dive among the melting drops

by the receding ice, I see you

to pay for your sandwich. You

pretend not to notice,

in that tweed coat, holding

you know that long

after the sparrow dies,

the tree falls, is cut into chunks

and put into the woodstove; even the ice

and dissipates, you know

that you and I, Futility,

will meet at the lunch counter. You will

quietly buy me a cup of coffee.

No need to stand

by the wet fire escape and scream

obscenities at the stars,

for I recognize you,

as the lone survivor comes to recognize

he will not make the shore,

and for the first time he sees

how the moon alights

upon a slow black ocean.

3
1
0
Challenge
Tell me something happy.
Give me any moment of your life where you felt nothing but happiness. Nothing but bliss, even if it was for a second. After all, even a moment of euphoria can start to heal the deepest of wounds. Poetry or prose, any writing style is welcome!

Do you ever lie on your back

in the damp grass

Stare into the universe,

the particles of debris

skipping across the ozone.

Once I saw three stars

in a perfect line

and for one, fine, splintered second, I could feel

9
2
1
Challenge
Tell me a story in 15 words.
This time using only 15 words tell me the most complex story you can. Example: A soldier may come home, but if defeated, why return?

In line at the Car Wash

clings to her thighs

2
0
0
Challenge
Create a Scene--Under 100 Words!
Describe a scene from all angles. Use the senses to transport the reader to said location. You don't even have to put a name to your pace. Just make the reader feel it!

The young man in

with the Easter Bunny

in the Price Chopper produce

in the bunny suit

stayed up way too late

drinking with her oldest

friend. They drank themselves

off all their clothing and

is smiling in the bathroom

painting her toenails. The rabbit

will try to let her down

fast enough for anyone