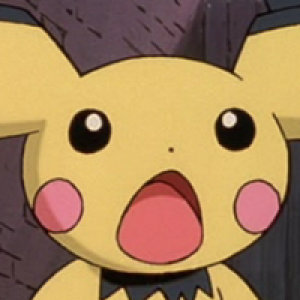 Follow
ElusiveBard
“The best thing about reading is to escape from your life, to be able to live hundreds or even thousands of different lives.” -Anna Todd |
142 Posts • 65 Followers • 60 Following
Posts
Likes
Challenges
Books
Challenge
Quote time!
Write a quote. Two sentences or two paragraphs. It doesn't matter, just write a quote you love, hate or it's sad or happy. Be creative! This was mine as an example, "I don't need them anymore. I'm the person they needed, and what they wanted to be."

1
0
1
Challenge
Submission
Is submission an act of weakness or strength?

Power bottoms and pillow princesses both exist. They're two sides of the same coin.

Trust me, I'm speaking from experience.

But I wasn't ready to

So instead I left

I don't want you to though

I hope you hate me now

Being on the receiving end of this is my worst nightmare

One must imagine Sisyphus happy

You Mean Nothing to Me

Weathering leaves a substantial impact on the landscape. However, it’s a gradual process. Wimpy rain showers and windy days seem insignificant but eventually chisel away at the most sturdy mountain tops.

The torrent of emotion only started as a light rainfall. I was aware of the situation and throughout the day I’d feel phantom pitfalls in my stomach and intangible pangs against my ribcage as the clouds turned grey.

It didn’t quite sink in yet but slowly and surely the heartache was carving crevices within my psyche. It was a slow, waxing tempest that grew more furious at the mere sight of mundane objects that shouldn’t have reminded me of him.

But oddly enough this internal turmoil wasn’t impelled by hatred. Rather, it was fueled with reminiscence.

I bemoaned this fate. If our interactions truly meant nothing, than why did the world pause when I looked into his eyes? It was just us for a fleeting moment.

When I rested my head against his pounding chest, I was deluded into thinking everything would be alright.

I cried. I continue to cry. I know I will cry.

All it took were a few words.

So half hearted and so hollow but it left me so bothered.

“I didn’t feel a connection.”

The jarring disparity between the sweet smile that graces your face

And the wry, snarky retorts you always say

Never cease to befuddle my brain

I adore rhetoric, prose, and breaking down logical fallacies

It's my bread and butter these days

But all that knowledge dissipates when you turn my way

For once, I don't know what to say

That's all I can muster in response to whatever you say

Because as soon as I meet your gaze

All common sense flies away

Chaos flurries through my mind and leaves me in dismay

I'll get back at you someday

Not meant to be

What if I chased the red string of fate…

As it slowly unraveled before my eyes

Violently fraying in every direction

Ripping through the wind with a cry

Such a thin, delicate thread to grasp

I know it’s gone but I missed what was

Reminiscing over the hazy past

Even as it tears the skin of my palms

I can’t seem to let go of this rope

I miss the rosy red that once gave me high hope

But what if I fall into the abyss?

U is for undying anxiety

S is for shit that hits the fan

I sight is something i lack

LL is a big big big red flag. Run as fast as you can

A is for ass because peaches are great

D is for donkey is an ass

E is for everything will be alright eventually

There are no poems

That can sum up my gratitude

Thank you for greeting me

A ray of sunshine passing through dew

Evokes a prismatic sliver of light

Whose radiance is akin to a wistful summer night

It’s an ode to flickering bonfires

And a gold kissed sunrise

Rose tinted memories where we assumed everything would be alright

Those were much simpler times

Surreptitious serendipity hidden like the other side of the moon