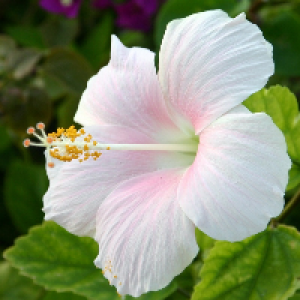 What Is a Friend?

To not have a soul?

To be devoid of not only sorrow,

To live without a friend?

To languish in your burdens alone,

To know that your thoughts are unseen,

That your cares are unheard?

Would a friend heal your pain?

Would a friend know the answer?

Would a friend know you?

Would a friend care?

But what is a true friend?

And where can one be found?

The answer to this, I may never know.

To live in the shadows

Unseen by the world,

And to struggle alone,

That is the curse that I may ever bear:

To live without a friend,

And die without love.

He just made his bubble nest, and now he waits for his girl to come. Little does he know, he is trapped in a closed tank without any females. He waits. He gets bored and swims around. He comes back to the nest and waits again. When will his princess come? It is only a matter of time before his heart breaks and he gives up, abandoning the nest. There is no one for him. He will always be alone.

I look around me. Towering above are my "friends" of old, now content among themselves without me. I remember when we used to be equals, when I used to compete with them for the highest and used to shine above them.

Now I am with a herd not my own, whose statures were below mine and whose manes did not shine as bright as mine. But now I am just as tall as they. They have grown while I have not. My mane is dampened with clay so as not to shine at all. I am now one of them, though their hooves will never thud to the same rythm as mine, and my colors will never truly match theirs.

I belong to the older herd, whose time on this earth have made them wiser and higher and made their manes shine brighter. I am one of them, yet I am not as tall as they. I have lost the spark that made me glow and lost the time that would have made me grow. I am not one of them. I am now an outcast.

He's there. Just like I was told. He's there. And he's looking at me.

He's smiling. I smile back. And give a little wave. I see him waving back.

Now he's walking toward me. I check my hair and my clothes. Do I look alright? How does he think of me? He's smiling, but is he smiling out of courtesy or because he's really happy to see me? Is he going to ask me? What is he going to say? "Hi, I'm Alex." Alex. Alex. How do I know for sure that it's Alex? What if it's a different Alex? ...who looks suprisingly similar to the Alex I used to know. But it can't be Alex. Alex hates me. Or... I thought he hated me. Or maybe he's changed. Maybe time has softened his heart. Maybe... just maybe... he might ask me now.

Now he's right before me. He holds out his hand. "Erika, right?"

I hesitate taking his hand. "Yes, that's me. And you are?"

"Alex." He shakes my hand and smiles. "Nice to see you again."

A little more than a trifle

A small token of thought

A fabricated show of life

A remembrance of our parting

A memory of what is gone

A symbol of what is lost

A memory of your infidelity

Of the day you turned away

And left me alone to weep

A token of that day

When you walked away

And closed the door in my face

But not from you

And keep it next to your memory

What I may never have again

Here I am on the other side,

Looking ’cross this vast chasm in your direction,

My view clouded by darkness and dust.

I can’t see your face.

I can’t see whether you’re looking back at me

Or looking away, your back to my face.

And when you look this way,

I can’t tell whether you are pleased or disgusted,

Or whether you are indifferent.

Here I am standing alone

On the other side of this vast chasm

While you, for all I can see, are surrounded by a sea of joys

And maybe even bountiful reservoirs of slender fish.

Here I am alone and sinking in my own sea

While you – and this I was able to glimpse –

Are blazing heartily through and above the waters,

Without a thought of worry or doubt.

Here I am, watching your tracks

Which seem to push me away,

And I wonder whether you’re trying to

Or are merely compelled to.

Or whether I am a pest in your eyes.

Yet here I am, still waiting.

Waiting for the day when you might break through the gorge

Waiting for that promise that it seems may never come.

You know that line where you say you’d marry a man who plays the piano?

I looked at the boy sitting at the piano in front of the stage. Just then his face contorted into the figure of a squashed elf’s countenance, an autistic smile stretched across his reddened face.

All of a sudden, it became worried.

I’m sorry. Don’t let that affect whether he’ll be my husband or not. Let Your will be done for who my husband will be.

Ninth grade. I was Alice in the play A Christmas Carol by Charles Dickens (adaptation by Richard Powers Hardt). I sang “Oh Holy Night” in my scene. He accompanied me onstage on the piano.

The hour before opening night.

I was playing the piano. “The Lord is My Shepherd” by Keith Green. He was there. I was tempted to impress him. I tried to suppress it.

“Hey, Amy, guess what!” someone said.

“Our little opera singer is also a rockin’ pianist!”

He looked up at me. That distracted me.

Father, help me to just worship in spirit and in truth.

A little while. He looked down again. I kept playing. I started singing in my heart.

The Lord is my Shepherd, I shall not want.

He looked up again. He wouldn’t look away.

Father, help me to just worship you in spirit and in truth.

He stared at me. A little while passed. Still staring at me, he walked out of my field of vision.

Backstage during the show. I sat on the piano bench, bending over and praying.

Erika, don’t do that. People will notice you and see that you’re praying.

I kept praying. Then I got up and went to the theater closet to check on my costume.

Erika, you shouldn’t have done that. People could see that you were praying.

I thought. Was that so wrong?

I got to my costume piece and stopped.

Father, forgive me for bending over while praying.

I looked up. He was there. He smiled and left.

I watched him as he walked away.

He will be your husband.

I thought. I don’t know…

Is it because he’s not passionate enough?

The next night. Before the show. He was at the piano with his hands on the keys.

“Kim’s gonna be mad when she sees you playing.”

I know, but I could sing quietly.

No. Kim said no singing.

But you’re playing the piano!

I know, but I once got in trouble for air-playing the piano at a party when they told me not to play.

Erika, listen to him.

Why should I listen to him?!

Because I’m your husband!

He was frowning at me in chastisement.

After a while, he closed the piano cover and went back to his seat. I did the same.

Will he really be my husband? Father, if it is true, please give me confirmation.

You will receive confirmation on Monday.

I realized a voice was talking to me.

Monday. Period seven. I was finishing a timed write in office nine.

Passing period began. Students started filing out of office eight and lining up in front of the door to the hallway. He was there.

He was looking me.

I looked down at my paper.

Okay, so why does the merchant’s wife try to deceive her husband?

Is he still looking at me?

I looked up. He was still looking at me.

The door opened, and all the students started filing out. He turned around. I looked back at my paper.

He will be your husband—A different voice.

Yes, he will be your husband, and you will—

Shouldn’t I be thinking about my essay?

Oh wait, did I interrupt?

Well … thank you, Father, for confirming that he would be my husband.

I resumed my essay.

The Winter Concert. He was accompanying the choir on the piano. I watched.

How did he get picked to play for the Winter Concert?

You will serve the Lord together in performances.

It was a message come late. It was meant for an earlier time.

Thank you, Father, for confirming that he would be my husband.

It's a new year, a fresh start, a clean slate. I have a chance. This year, I will excel. This year, I'll rise again. This will be a good year. I'll make it one.

Now is the Time