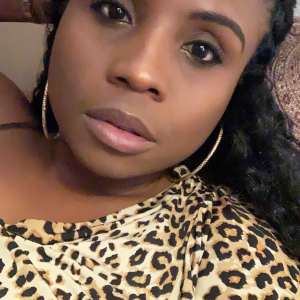 Follow
Geaux_Pooh
A walking contradiction, guess I’m factual and fiction. -JMonae
26 Posts • 32 Followers • 20 Following
Posts
Likes
Challenges
Books
Challenge
What does it mean to experience heartbreak?
Write what heartbreak is to you in 1 sentence. Doesn’t matter how long said sentence is but stick to 1 nevertheless . Can write in poetry or prose whatever medium works for you!

Geaux_Pooh in Stream of Consciousness
• 10 reads

It's a wanting so intense it misleads, the realization that your love was fiction, a smothering reoccurring fiery pain, burning on and off inside your chest, creating a sea of nausea, mixed with tears.

Love is so different & yet we do not get it.

not conformed, but necessary, without limits.

in time, required, I’m sure you will expire.

So when I'm living in poverty and dying in streets

And barley have food to eat, you'll be blind to this?

I'm lazy, undisciplined and to your daughters, once you find out, they’ll say I’m a rapist.

Bring me into the world, right?

A world, where you'll make deals, to throw me away behind closed doors.

Then deny me housing, even when I've pulled myself up from being poor.

Pulled myself up from the boots straps, of the boots I never had.

Then laugh in my face, when I f*** up, say it because I’m fatherless, but that same circle took away my dad.

And you want to throw around God in the middle of this,

So when I'm in the wrong place, at the wrong time, now I'm dying.

And my mom’s crying.

And clearly, I was lying... I deserved that.

All the things that need attention.

Let’s be honest, they don’t care about black babies, and that more of their mothers die in labor.

They aint worried about black babies, this is about controlling ladies!!!

Let’s drag the blacks in the middle of some more shit, they have nothing to do with.

Our babies been dying, been DEAD!!

You just want to force all women, so more of yours will be born, live and thrive instead.

Black lives matter, no matter how many abortion happen.

Don’t take one issue and entangle it in another.

Don’t attempt to place another thing, on the shoulders of blacks and black mothers!!

I knew when I met you, I corny ass knew, that it was you.

And when I think about it, I blush through a smile.

I waited a whole year to hear you.

What if you were my pause, what if I had stopped, or slowed down long enough to know love could feel like this.

You feel so safe.

You open me up, you opened me all the way up.

I can’t be here, I’m not supposed to be here.

I was never supposed to be here.

I wanna say no, but I wanna be here.

I’m stolen on the gesture of your smile.

I’m sure you’ll never know true love, cause I hold your true love, but you’re already being loved, so you think that’s enough.

I‘d create the biggest toilet you could imagine.

I‘d lift the earth, drop it in and flush.

1
0
0
Challenge
RIP
Write an emotional scene that will wrip my heart out and make me cry. Doesn't have to be about a lost love one.

There's always more room for pain, you can never have to much pain.

I sit, I sit and let you give me more.

I let you hurt me.

I’m so sacred, always so scared..

I let you damage me forever.

My life is filled with running, crying, beating, lying.

My life, its inconsistency, mixed with poverty, topped with fear ..

.. and yet you find a new way to hurt me, and I’m scared, I’m already so scared, I never tell.

I use to think I understood love, even knew it. I used to think love was singular, clean without difficulties. It’s always the curve balls you are thrown, that opens your eyes. Love is the one thing we will never quite understand. I must say, I’m glad as humans we can’t, that way we can’t destroy it. Love is so resilient it appears in the ugliest of places and situations, unexpected, without reason and always untainted.. You never ask for it, can never buy it and nothing you have can replace it.. We often miss it, because of the restrictions we place on it. And sometimes love has to be shared, it evolves, it moves, it moves us, it moves on. It even proves to us, it never was, even when we thought it was or it could be, or would stay.. Love is what it needs to be, when it needs to be, for who it needs be, however long it takes. Its the purest unpredictable feeling you ever know.

3
0
4
Challenge
from the mirror.
write from the perspective of your mirror. what it sees, inside and out. what does your reflection think of you? how do they see you?

it hurts why do you lie?

why are you crying.

why dnt you, love you, like you love them?

DROWNED IN PERFECTION, smothered in pride, exhausted by ego.

5
3
0
Challenge
Challenge of the Month VIII
Running. You are (or your character is) running from something. Or running to something. Or maybe you just left the faucet running. The theme this month is running. Fiction or non-fiction, poetry or Prose. $100 purse to our favorite entry. Outstanding entries will be shared with our publishing partners.

I’m lost, lost in my own head.

I thrive, my own head.

I survive, in my own head.

I step in and out of actually nowhere, praying I end up somewhere.

I see her skin, I move her hips, and I feel her under my touch, she’s here, but she’s nowhere.

Life is going everywhere, but yet she’s still stuck elsewhere.

Excited in the darkness, landing into the arms of I am there.