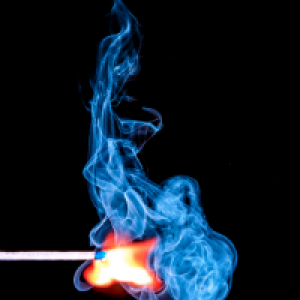 HandsOfFire in Stream of Consciousness
• 12 reads

some long since gone

some long since gone song playing on the radio,

a dusty stereo between us,

nighttime moon plucked out of the sky and

replaced with an overhead lamp,

bouncing off the car windshield.

with warm darkness and breathy air,

tasting the smiles on our faces,

it's minutes not milestones,

bricks under our feet not clouds,

if my head's above the waves then you've

i let you sink.

i'll let the warmth seep into our bones a little

puddles in my chest,

i can see it in your eyes that

you hope, still, that

you'd touch my nose or my face

my mouth, perhaps, if you tried.

i've got nowhere to put them,

and they'll droop and drown in the

sunlight would find the petals, and

dust motes would dance in the air,

and they'd shrivel up

never ever see them.

nighttime moon plucked out of the sky and

to hold onto, so

it's dark enough to breathe in dust

and think about how, maybe,

we could pretend none of this really

on a wire phone

on the other end of a camera lens,

or framed in curtains and flowing silk

flow to the floor, and

gaze upon the other side.

so, too, are the whispers,

they sit in the light, they all do,

with those glittering ceilings arching

hands to feed them light

cracked tile under their feet,

to tie up their skirts or their tongues,

and doorways upon doorways,

a maze of open rooms

immortalized on their walls,

displayed and beautiful and ornate.

more than just you, but

becoming the eye: the place for the eye to wander,

to sink its teeth in and pretend to know you

on the other end of the camera lens,

and becoming a moment in the past

for someone in the future.

7
2
2
Challenge
Glimpse of Your Mind
Start typing. Don’t stop until your head is completely empty. Don’t go back and edit. The messier the better. Be real. This is a chance to connect with others through vulnerabilities.

HandsOfFire in Stream of Consciousness
• 27 reads

take that fire with you

someday some one will find this, remains and remains and plentiful skin shells littered empty open weaved through each other like sick lovers too lost too soon too broken and misshaped to identify cracks in the line through the earth through the sky

take that fire with you underground

one after the other

put it all back together

unwound into thread too

thin to even see

lighter than the breeze

5
1
0
Challenge
Where do we go when the earth starts shaking?
Literal or metaphorical.

HandsOfFire in Stream of Consciousness
• 16 reads

a little too close to my brain

when it's all in my head,

leach the feelings out

laying in a pool of your own dread

rocking with the earth beneath your feet,

slipping down into the deep

we're clinging to the window light,

sinking our toes into the carpet weave,

drawing the light beams more near

to run through your bones,

and the sun and moon to wink it away,

a breath to calm the nerves,

and the steadiness to finally stay.

The great storm will find me.

Is what you said to your gravestone.

At the time it was a sapling, and you didn't know you'd be six feet under.

There was a hill, the one you sled down when you were eleven, chipping a tooth in the process. At the bottom of that hill was a peach tree, the one that died when you were twenty-five. They'd planted you a new one on your thirty-first birthday, because what else do you need at thirty-one?

The great storm will find me, you'd said on an spring night.

You were thirty-six, and three days away from a foot surgery. You'd sat on the bench that they'd put next to the tree, foot in pain. Still growing, the tree was. You were too.

One day this tree will be as tall as the hill, you'd said on a summer morning.

By then they'd built a pool, and there was cell service everywhere, but nobody needed anything because it was a lazy, beautiful summer. You were sitting in a straw hat, feet in the pool, staring up into the peach tree. You were fifty-five, and your eyesight was terrible but you refused to get glasses. The tree hadn't grown any taller for years.

There were rivers here, once, you'd said on an autumn afternoon.

You were sitting hunched over on that bench, your bench, the one right next to the peach tree. You spread a hand out to the land and told us all about the animals that used to live on the land, about how their spirits still roam around us in another plane. How the water used to flow around the hill and how the soil soaked up all the water one day, until there was no more left. You were wearing your new glasses, then, finally at seventy-one.

I'll always be here, you'd said on a winter evening.

The sun had set, the air was freezing, but you wouldn't let us bring you inside. You were so weak, your skin sunken and colorless in the frigid air. The peach tree hadn't grown as tall as the hill yet, even after all the time that had passed. You were ninety-two.

The great storm will find me.

Is what you said to your gravestone, many, many years ago.

You hadn't known it then, but we buried you there, beneath the tree you loved so much. The pool was removed, but the hill remains, and it's rained so much since the day you died that the land is all flooded now. A river, created by a great storm. The animals have come back, too. I think they say your name sometimes. They watch the peach tree.

The storm did find you. But you'll always be here, beneath your tree.

something in the air

something about the way we move

something about the way we don't

(shaking like loose tree limbs, left out in the wind too long)

so why is it still beautiful

something about the way it could be,

- time needs to be slower -

- if only my heart was faster -

- if only something meant anything -

still, it's all a little stardust to me,

sprinkling the room in magnified colors

something about the way it isn't

something about the way it won't

- still burns my soul to be here -

that being in a presence like this will mean something

but it's all stardust filtered through wind-shaped fingers

with no one at all

to wind me back up

too fast or i'm just

spinning a little too

unwilling to blink but

all too ready to sleep

lazy circles and i can

with the weight of these

spinning a little too

She's lining up seashells on the beach, the sea wind blowing her hair into knots. Her swim top is falling off one shoulder, her toes are sandy. The sky is turning grey with a brewing storm.

His eyes roam into the distance, watching the clouds roll in over the water. They're unwilling to leave, unwilling to admit that it might be time to do something other than be in each other's company.

"Did you ever do this as a kid?" she asks, tipping her head up. The sun, which has broken through the clouds, makes her freckles sparkle like stars. He wonders if the world could stay like this if the two of them didn't have to leave for college in a few months. Maybe they could live on the beach instead.

He squints back, uncrossing his ankles and digging his heels into the sand. A wave crashes onto the beach behind her. "I don't think so, no. I never made seashell barriers, only weird kids do that."

She scratches the sunburnt skin at her forearm and straightens to full standing height. "Right. You know I needed barriers like this to keep the annoying kids like you out of my space," she says with a sharp grin, stepping onto the other side of the line.

Pink and brown and tan seashells separate them now, too small to ever really keep them apart.

She glances at the sky, watching the first raindrops fall, and he scrunches his nose as one hits his glasses.

"Do you want to go for a swim?" she asks, thumb in the belt loop of her bathing suit shorts.

She laughs and pulls her shorts off, tossing them at him. "Oh boo-hoo, what's there to see anyway?" She kicks up sand when she runs into the water, splashing it everywhere as she squeals gleefully.

He catches the shorts, holding them to his chest as he sits up to watch her. He cherishes the last seconds he has of clear vision, then pulls his shirt over his head as he stands, and leaves his glasses on the towel he's just vacated.

The seashells are just a blurry line in the sand now. She's just the outline of a body, hollering at him to join her, joy rippling from her like a toxic chemical. He can't even see the clouds anymore, they blend right into the landscape: sea, sand, sky, it's all become one.

He pauses at the seashell line, wondering if there'll be other friends of hers in college that she does things like this with. Wondering if this is the end of whatever they have.

The sun's beating down on him, still hot despite the rain, still bright even through the storm. He steps over the line of shells and lets his feet sink into the wet sand, eager to feel the water.

He's barely shin-deep when she dunks her head under, disappearing for a heartbeat before resurfacing with slicked-back hair and dripping eyelashes. Her eyes are so big he can see the details of them without his glasses, or maybe he's just memorized them that well.

"Come on!" she screeches, her hands wrapping around his wrists like vines, her face serene as a siren. He splashes her, feeling rainwater trickling down his temple and down the curve of his nose.

She pushes against his chest, her hand splayed. He doesn't have to see her hand to know exactly what color her nails are painted: the same soft pink as those shells back on the beach. He laughs and reaches back, but it's too late, she's tackling him, and they fall back into the water, tumbling out of the reach of the sky, of the rain, and eventually, each other. Slowly becoming one with the sea, gleaming like two sea shells on the beach.