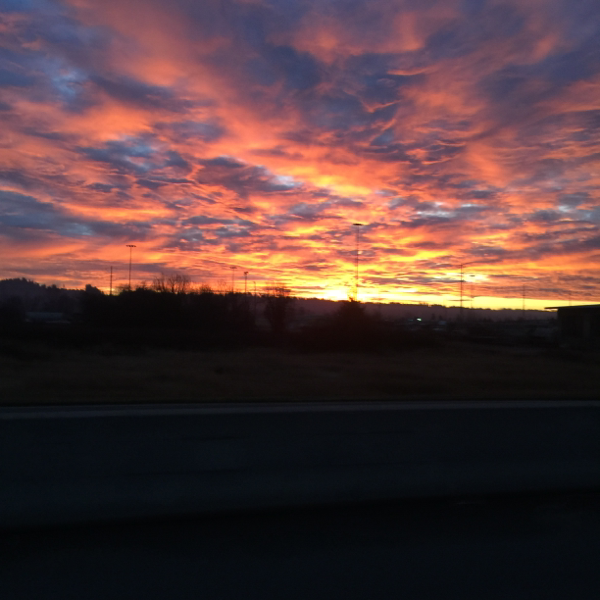 Who doesn't love a great story? I think one of the most impactful ways to share our faith is to tell the story of how we came to believe what it is that each of us believe. If you're subscribed to this portal, I'm guessing you have faith in something. Is there anyone else in this portal that would have interest in hearing the stories of each others faith? If there is interest from this community, I thought it would be great to start of string of posts titled "My story..." that detailed our own personal testimonies of faith. I would be happy to start, but I have yet to put my story of faith (testimony) to words yet, but I will. I would love to hear your thoughts!

You instilled in me

The thing's I'd need

To take on all these dreams

You took my hand

Through all my failures

You were my wall to lean

I watched how you

Showed her such respect

You held her hand

You her kept her by your side

You were always there

No mater what the time

You made it clear

Many years gone by

Was just too hard

For you to keep inside

Your showed your heart

In such such amazing ways

When we needed space

You showed this son

That a man's a man

Not by mistakes he's done

You told the truth

Despite years gone by

Owned up to the past

We chose in time

We dropped the past

We showed you that

Our love will fight

9
3
0
Challenge
Together, we can break the world record for longest book. When this challenge gets the necessary number of entries, it will expire and we will turn it into a book. Each entry will be its own chapter. Feel free to build from existing entries or write something radically different.

I know - this unusual for me.  Keep a diary?  I don't keep a diary, but I feel I need to write to keep some semblance of sanity.

What is happening?  How could this happen?  Everything that I knew, is no more and nothing that I had planned, will come to be.  I don't even want to think about it, but I need to... I need to figure out a way to get my wife and kids to safety.  How do we get out of this? Maybe we can make it to the old hunting cabin, but I don't even know if it's safe there.  Is this the end? STOP IT!  I can't think that way.  I need to be smart and BE STRONG for the kids.  Oh Lord, help me through this!  I'm praying for strength, mental clarity and protection. Tomorrow is a new day, but I know it won't be any easier.

And There Was Light

There is a peace

That comes over the soul

When nature paints it's canvas

When the sun begins to ascend

As it's light illuminates

Underneath a cloud covered sky

I look in awe at the magnificent colors

At the twisted cloud formations

That scatter their texture endlessly

For 8 minutes, I've never seen such a sight

But slowly, the colors fade

Into gray and blue, heavier than before

The clouds weep, in anticipation for it's return

But it is nowhere to be seen

And then it appeared, more amazing than before

Casting hope to those with dark and heavy heart's

The colors were endless, as they fell upon the landscape

They danced with excitement

As if they touched everything the eye could see

Mesmerized, I watch as the colors deepen

The orange and pinks, become deeper and fuller

Every second that passes, brings more depth to this canvas

I quietly wait and I watch

The colors begin to fade, yet again

Which only brings anticipation for the light of the morning

This city is still

I walk the same route

Each morning before light

Where they say goodnight

Mental illness for others

Teens on the run

Escaping the their problems

With stories to tell

"What brought you here?"

"Can I bring you some food?"

Most are, what they are

To have hope, now that's something

When people ignore you

As if you were invisible

I don't have much

Just shoes on my feet

Steps to my office

Right past those that freeze

To my questions above

Make an effort to stop

And have a conversation

To just be a voice

Or someone to listen

There may not be breakthrough

A life will be changed

I began in the depths

Committed to the process

Success not yet found

Working to the bone

The days, they don’t end

In time it will creep its head

In my time of need

Was this the right path?

I have mouths to feed!

I prayed out loud

I pursued the path

That You laid before me

That Your hand is on this

That what seemed so clear

Is something that You blessed

I’m on my knees

More than I have ever been

I trust Your direction

And then it happened

Your provision was shown

Just as our savings flat-lined

Paid off ALL debts

Funds in the bank

I sought Your clarity

This opportunity at hand

I felt Your direction

And trusted Your plan

There were times where I doubted

Times where I failed

Times where You showed me

I look at the letters on the page.

On and on they go

They should mean something to me, right?

I mean, I should understand that

there is meaning here, shouldn't I?

That's what I am told,

But I struggle - I mean really struggle.

Do I want to understand?

Do I push myself to comprehend?

Do I take each word one letter at a time

And try to process what I have read to seek understanding?

You better believe I do!

For some I am sure it is,

But for me, not so much.

It's as if I am looking at the box of letters

Oh the game of SCRABBLE,

But this isn't a game.

I think some people think that I am a slow learner,

Or that I just don't

Work as hard as the others.

Struggle and perseverance with literacy

Is all I have ever known!

Their minutes are my hours,

But I don't give up.

I have made the choice

To fight this disability head on.

I have learned how to learn.

Not the way most do,

But the way my brain learns.

This battle does not end,

But it is getting much easier.

Written for the hardest working little girl I know...

21
3
12
Challenge
Describe your best friend in one word.

This land far from home

A journey towards freedom

A desire to run

As destiny would have it

Her path caught his eye

An encounter, but more

Away from their land

To venture the distance

On their final goodnight