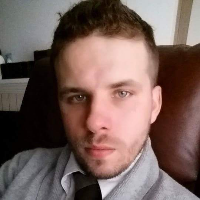 Follow
MurkCrary
I wasn't much of a visual artist, so music and written word seem to be a comparable muse.
158 Posts • 175 Followers • 197 Following
Posts
Likes
Challenges
Books

For, in order to write, I must feel

when i was little

she's having a little

syrup with her tea.

i've come to the conclusion

the syrup in her cupboards

always' tasted funny to me.

Even in my sleep

And where was God

When I was screaming?

Even in my fantasies

And no one ever comes to me aid.

All I need is a hand to hold,

I'm not even asking to be saved.

I just need someone who isn't ashamed of befriending a slave.

We are all slaves, but some of us don't feel the chains wrapped around our bones.

We are all born into captivity - these bodies are beautiful prisons.

I am ashes. Maybe I am less than that.

Come; lay here in the cracks of my heart

Say that I am beautiful for more than the things that encapsulate my soul.

I will wait here. Smoke a strangers cigarette.

I will wait for you. Turning a deaf ear to the screaming inside of me.

I won't cry out to a God who never comes.

4
0
0
Challenge
Write about ADD/ADHD/ the world of constant distraction and the difficulties presented in your experience.

wait! There, look there-

I can't make up my mind

but I saw something unfinished in Google Drive...

Better work on that first!

Look! The next chapter of something

That I need to read

This is more important now

I click open that link and immediately spot an ad-

I definitely need to check that out first...

Soon enough, I have fourteen tabs and my clumsy fingers can't tap them.

4
0
2
Challenge
Write about ADD/ADHD/ the world of constant distraction and the difficulties presented in your experience.

So, just take me.

So, just make me,

5
0
1
Challenge
Write about ADD/ADHD/ the world of constant distraction and the difficulties presented in your experience.

"It makes me feel weird." My child stood, arms folded, refusing to take the prescribed ADHD medication for the second time that week. The school bus would arrive at any moment. "If you don't believe me, you try it!"

My husband and I had resisted medicating our middle-schooler, but on the advice of every educational and medical professional with whom we met, we finally relented.

I had heard that, if you don't have ADHD and take meds for it, you will become jittery and uncomfortable to the point of wanting to jump out of your own skin. I was willing to risk it, in a gesture of solidarity with my kid. We made a deal. We would each take one and share our experiences at the end of the day.

At first, I felt nothing. Then, it hit. It was as if someone slammed on my mental breaks, tossed me into deep water and quieted all the noises in my brain. I floated there, awed by the stillness. It made me wonder, "Is this how everybody else in the world feels?"

I sat down to complete paperwork that had been languishing on my desk for so long, it was veiled in a thin layer of dust. Ordinarily, nothing makes me want to crawl into a hole faster than clerical chores: insurance forms, medical questionnaires, evaluations, etc. However, with one low dose of Concerta under my belt, I sailed through a pile of paper that had been hanging around my neck like a mill stone.

Next up, housework. Generally speaking, I only throw myself into this sort of thing when venting rage and frustration (I'm happy to report that our place ain't that tidy). But on this day, I happily cleaned out the refrigerator and organized the junk drawer and discarded food storage containers that had lost their lids and fluffed the couch cushions and brought in fresh flowers from the garden.

As I began polishing the stainless steel apron of my in-wall oven, I was shocked by the time. It was ten o'clock in the morning. Only two hours had passed and I'd accomplished more than I normally do in two weeks.

As delighted as I was with my new-found laser-focused super powers, I was also suffering from the worst case of dry mouth since my worst college hangover. And when I sat down to do some creative writing, I discovered that my mouth wasn't the only thing that had dried up. It seems my imagination had tucked itself in for a nap.

It was clear that I had some choices to make: One, I could have myself evaluated and, if diagnosed with ADHD (which I now suspected as a probability), I would only take my meds when I really needed to hunker down and not when I needed to daydream. Two, my husband and I would have to reassess the value of the medication for our child. Perhaps a different prescription was warranted, or a different diagnosis, or a change in diet, or a change in schools, or...

What was the question?

15
0
8
Challenge
Write about ADD/ADHD/ the world of constant distraction and the difficulties presented in your experience.

For the past couple years I've been aware of this condition of mine, piecing together the puzzle until every piece was in its place and I was shown the complete picture in my mind.

Finally making sense of the constant battle within me to focus.

For as long as I can remember, it's been the root of many of my lifetime mishaps. From teachers making me sit in the corner for day dreaming and not listening to the lesson, to letting go of a good guy because I got "bored" with him, distracted by another. As a child this disability was just an invisible enemy, but slowly it grew larger and I discovered it, hiding right underneath my nose.

Over the years, my young mind developed and I started thinking more. Maybe thinking too much at times but hey, it was better than not at all. This spurred on my discovery of... the thought spider.

"There we go", I would think, "there's my problem. I've inherited a thought spider."

To put it simply, the said 'thought spider' is the disease anyone who suffers from ADD or ADHD has sadly got. Either inherited or contracted, you've got it and it takes an awful lot of will power to refuse it of it's thirst for your concentration. See, this is what it does.

A thought spider lives in your head. Let's say in your mind, since we don't want anyone telling the doctor they've got an arachnid living in their brain. Our thought spider will take your line of thought and begin weaving it into a web for itself, since it cannot make one on it's own, being a figment of imagination. Therefore it fulfill's its inborn need for shelter by using YOUR line of thought as material. Selfish? I know.

Anways, most peoples line of thought is one smooth string, gliding around continually, going from one thought to another in a slow, patient manner. Our thought spider yanks it up, and sticks it around in random places fervently. One minute you've just been put in time out, dwelling on the NERVE of a mean old woman. Plotting in your kindergarten mind a way to get back at her. The very next, you're inspecting a small candy egg in between two books, forsaken by your peers during the easter party. Wanting oh so badly to taste the sweetness right underneath the glistening purple wrapper. Then, you're dreaming about your blonde hair blue eyed sweetheart and how nice it would be for them to take you on a date at burger king, like they promised.

Do you see what I mean? Your thoughts can't HELP but wander. They don't even have to be related thoughts, they just POP up, out of nowhere! You're constantly thinking new thoughts, that line being yanked to another random spot in your subconscious. Because you can't focus, you get easily distracted. Becaus you get easily distracted, you get bored easily. Because of THIS, sometimes you can't even continue doing something you LIKE to do. Imagine doing something that's utterly tedious? Oh yes, as you might have guessed it's torture.

It really is quite the ailment. I hope this has helped you become more aware of the seriousness of it all, whether you've got a thought spider or not. If you do, god speed. If not, pass on the god speed to those who do.

2
0
0
Challenge
Write about ADD/ADHD/ the world of constant distraction and the difficulties presented in your experience.

Running ahead of my family

Bouncing around in glee.

Ice cream? Ooh mother may I have some?

Sprinting back to her full speed, knocking down a few.

Oh wait she’s talking to someone else...

Oh wait I had something to tell you.

What was it again?

Quickly dashing back after his family.

Stopping to grab something off the streets, bouncing back up narrowly missing a truck honking like there was no tomorrow.

Leaping onto the bed laughing

Pretending to swim in the sheets.

Drifting off into sleep...

Sprinting into his parents room

Jumping on their bed.

Can we get ice cream the next time we go?

We already have it?

Running off back to his room.

(So these are some of the stories mother tells me about back when my brother was young. The forgetting-and-then-remembering-2-hours-later is me hehe...)

numbs the burning in my eyes

and the itching beneath my skin.

the walls aren’t closing in,

but we get higher every day,

as passerby seconds sneak past

to build it up to the sky.

my ceilings are a canvas

of false expectation and the floors

are littered with problems

not mine to begin with.

the metronome clock regales me

with a humdrum soundtrack,

melted into the symphony

of all the great tragedies.

but we get higher every day.

i raise him to my lips,

or my lips to him.

there is solace in the drag

of his fingers against my skin.