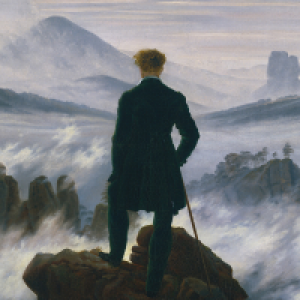 don't let yourself hit the floor

and let it go

don't dwell on it

don't go down the rabbit hole

you're gonna need to breathe

find a spot to focus on

when it starts a spinning

look at the colors of the wall

can you find something big

can you tell me the colors of it all

think of something happy

away from this place

Lets start at the top of the order

you don't even have to move

could you listen to the sounds around you

are they hot or are they cold?

Do they smell nice?

Now what's one thing you can taste?

Does it taste sweet?

new song! wow I haven't posted in a while, sorry about that, I'll have to post some previous writes soon! Hope everyone had a good turkey day!!

Interpretation of Our Authors
Chapter 7 of 13

I believe that even Gristwood pales in comparison to George Grabenhorst. To put it simply, “Zero Hour” is, in my opinion, the finest piece of Great War literature ever produced. It is amazing to me that such a profound work of literature should be so unsung. Grabenhorst was also a veteran of the Great War - a member of the German military, who was left with a touch of “shell shock.” His command of his story, “Zero Hour” (originally titled “Fahnenjunker Volkenborn,” as published in Germany), combines imagery, dialogue, and emotion to a perfect touch.

The characters of “Zero Hour” are very well developed, and, unlike in “All Quiet on the Western Front,” by Remarque, Grabenhorst shows a little more mercy to their fates. But that does not mean that the ones who suffer are to be disregarded. To the contrary, these deaths are more shocking than were nearly all of those from that famous work by Remarque.

What is interesting about Grabenhorst’s story, however, is that the war is at first presented as a regular, perhaps even desirable thing, at least in the main character’s eyes. Like all of the Great War pieces I have read, the situation, of course, grows progressively worse, and more solemn, and more hopeless for our protagonists.

In fact, the notion of insanity - the terrifying “violet sphere” that plagues the protagonist’s vision in his phases of night blindness - is more horrifying to me than any regular flesh wound. The sphere is described as dancing up and down in the darkness, appearing so innocent, and yet obstructing so much of the world. It were as if Salvador Dali had somehow managed to project his paintings into a book.

I could recommend no greater work of Great War literature than “Zero Hour,” by George Grabenhorst. Granted, it was only translated into English once, nearly one hundred years ago, and thus it still carries many translation errors that have been left uncorrected (such as the excessive use of the word “mine” when the word “shell” or “mortar” is obviously the accurate term). Nevertheless, I have never read, and doubt I ever will read, a better work of literature stemming from the Great War. Grabenhorst did it all: he created a thrilling and entertaining story with an excellent plot line, and at the same time showed what a truly despicable thing human-on-human warfare is.