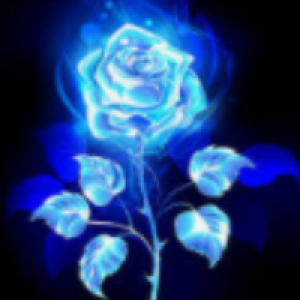 I wasn't ready to say goodbye

so please don't make me

wake up and be ok

wake up and live

I'm not ready to lose you

not ready to say goodbye

if there's a God out there

even if this is the only thing you ever hear

don't take her away

she has too much left to do

cause I can't say goodbye

I never planned to take over the world. Plans changed, I changed. Let me explain, or better yet go to the beginning.

They did it again. Men never know when to stop. I kept my dagger clenched in my hand. While it was illegal so was me being gay, when did it stop me before. I hear footsteps behind me. It's a man, he appears homeless. He creeps closer and I stop.

"Such a pretty girl, so so pretty," he creeps closer muttering, "I bet you taste as good as you look." I whirl around and grab his throat. The momentum slams him into a brick wall. He collapses, unconscious. I slit his throat.

"Am I still pretty, you creep." I smirk and walk away. I walk into a tall blue building, I tap the neon sign that says the castle.

"Hey Keres, is that you?" I hear one of the girls yell. I walk in and lock the door.

"You know it," I see Isla, Brooke, and Melissa sitting on the couch.

"Keres," Brooke raises an eyebrow and looks at my shirt. I look down and realize there's a huge blood stain.

"Oh! Yay!" Isla shrieks pulling out a whiteboard, "How many, today? Five? Six?" She is so excited she practically is shaking. I shake my head, and her face falls.

"One, homeless I assume," Isla writes it down as Brooke looks over her shoulder.

"That's 24 and it's only the 17," Brooke says with her eyebrows raised, " we're gonna get caught." I shake my head and hug the three of them. Melissa glances up and I see her tear streaked face.

"Who?" I ask, "Mell, who hurt you?" I sat next to her. She shakes her head and bursts into tears. I look up at Isla and Brooke.

" Mike, Mike did it." Isla says without hesitation. I stand up.

"Where's Eden and Gracelyn?" I say looking around. Brooke glances up quickly.

"Fine, where are they?" I ask. She releases my arm.

"I don't know, they left hours ago." She twitches nervously. I nod and start heading up the stairs.

"Get everyone here, It's time to watch the world burn and them with it." I smile and go the rest of the way upstairs. I hear the cackle of Melissa laughing. I walk into the brightly lit studio full of fabric and sewing machines. I pull down blood red fabrics. This will work, I mutter to myself. I hear a knock and turn around. It's Melissa.

"I want to kill him." She says. I whirl around quickly.

"Let me kill Mike. I am sick and tired of him hurting me. It's time I return the favor." She gets a fierce look in her eye and flops down in my chair.

"Done." I nod. "What color do you want for your gown?" I walk over to the fabrics.

"Black, he hates black." She walks over and taps a deep midnight black,"This one, it sparkles and the blood won't show." Bang.

"What was that," I look out the window "Cops." She runs over and pulls a man out of the closet.

"James, listen you own the house we are your friends, understand?" Melissa looks nervous, he nods and goes down.

" Your shirt," she said, " she walks over to the sewing table and grabs a rotary cutter, "There, you were helping me after I accidentally cut myself." She drags it along her arm leaving a shallow trail of blood behind. I nod as the door flies open and police run in.

"Can I help you, officers?" I ask going closer to Melissa. They move close.

"Stay where you are!" They yell.

"She cut herself, can I help her?" I look at the one closest and he nods. I walk quickly towards her taking bandages out of my jacket pocket. I wrap her arm quickly.

"How can we help?" Melissa asks, her voice shaky. I gesture for her to sit in the chair.

"There was a murder, down the block. A homeless man. Have you ladies heard or seen anything?" I shake my head.

"We haven't officer, we've been up here planning our design for the national ball." I say gesturing to the fabrics spread out. They glance over.

"Ok, sorry to bother you ladies." They nod and file out. I sigh and Melissa squeezes my hand.

I've always been illegal, that won't change. Not yet.

A excerpt from a book I’ll finish eventually

I never planned to be a murder, but I guess plans change. I walk down the long corridor and pause as I hear footsteps. Shit.

"Someone's here," I whisper into the earpiece. The steps round the corridor. "Keres?" He whispers. I stand up straighter.

"What do you want ?" I try to be unfeeling and push my emotions away. He runs towards me and I have just enough time to pull my dagger from the sheath on my leggings. He pulls me into a hug.

"I thought you were dead. Wait," he pauses, "You're not supposed to be here they'll kill you." I sigh and look at his eyes the same one I fell in love with.

"I know," I plunge my dagger into his back, " That's why I have to beat them to it." He looks shocked.

"Why," he croaks, his voice hoarse.

"You stabbed me in the back, I thought it was time to finally return the favor. Such a shame Bella wasn't here to save you, but even if she was I'd still win. I'm no longer dependent on anyone, I am a force to be reckoned with." I drop his body to the ground and resheathe my dagger. " I'm afraid I've got to go. People to kill, revenge to take, governments to overthrow. You underestimated me, that was a mistake you won't be making again." I look down the hallway "Alright the paths clear let's go." I whisper into the earpiece. The rest of the girls creep out of their hiding spots. We share a knowing nod and Isla drags the body away. Brooke walks over.

"Are you okay?" She asks looking concerned. I nod, and signal to the gang. We continue down the hallway.

2
1
2
Challenge
Pen to the Paper 18
Write without planning. That's it. Just sit down and write. No restrictions. You don't have to use your first draft.

So ive been reading this book called the fault in our stars and it got me thinking about a pale blue dot and it its hard to explain. so in the book tfios basically thiers 2 kids with cancer and one wants to leave thier mark and the other doesnt because they dont want to hurt to many people. But it got me thinking is it better to be deeply loved or widely loved also what is the piont if leaving a mark beacuse theire is the chance the mark might turn into a scar. ¨ẗhere will come a day when no one is left to remember cleopatra or aristottle let alone you or me. even if we surviv the suns explosion. there was a time before humanity had consious and there will be a time after.¨ so what is the point of temporary greatness, wouldnt it be better to just be loved by few then a million. wouldnt it be great to have those few love you so deeply and so much that you cant stop smilling the minute you see themm or text them. Accoring to a pale blue dot from a certain piont in space we are just a spec no bigger than dust. yet we war and fight over a fraction of a dot. we fight over who wore what and who talked to who. for what? I heard my siter practing her speech and one of the centeral phrases are be barbie because that is what society tells us to be. it tells us to be nice but then were being too nice. dont wear that you look like a slut, no wonder no of the guys want you. you only wear hoodies. you should wear makeup. you wear too much make up cake face. Gosh your so fat loose some pounds. omg your so skinny eat something. omg you have guy friends quit being a slut. omg you like music oh really name me every song. we cant like anything we cant find a happy meduim in society we cant accept that no matter how hard we that we are all human we all have skin and brains and hearts we all are humans we have thoughts and emotions we get discriminated because of who we love oh you cant love them, thier not cute oh you cant love them thier the same gender you cant dress as a girl (sorry for the errors)

1
0
0
Challenge
Living life on your own terms
To age is inevitable, but what do want to our own old age to look like? It can be entirely imaginary or genuinely how you think you should end up being.

If I´m being truthful I haven't thought much of it because I assumed I wouldn't make it that far. But I would want to live in a big old farm house playing cards with my grandkids, and drinking Mtn. Dew as the sun rises.

1
0
0
Challenge
Fun Challenge ... well, it should be
. Take at least 3, no more than 10 song titles and write either a poem or a love letter with each title included. Again, though it is listed as Monarchy, the winner will be chosen by me with the most likes. However, if you do not tag me, It won't matter how many likes you have so put my name in the comment box, not in the piece you write as @Danceinsilence ... let the fun begin!

My sisters best friend asked her to his HOMETOWN prom

months later they fell in love

he called her his OH MS BELIEVER

now she has dried her tears

and REDECORATEd her life

Without him in it

he made her STRESSED OUT

so she went for a RIDE

in a boat on the tide

2
0
2
Challenge
A sad, sad poem
Write a poem encapsulating (or using) the line "loneliness is colder than the way she treats me in the dark"

her eyes see right through me

they laugh nor sparkle their color dull like bark

i do not exist in the dark

for she wishes on the moon for someone else

i am not here in this night

i am the barest whisper of wind

i reach yet i cant touch

for she is not here

i try to touch but my fingers go right through

her image slips away

till all that's left is heartbreak

I need names for 6 characters. 3 girls and 3 guys. pls comment your ideas below.

you mean more to me

we came up with bob

but i love you

you made our quote

we saved one another

yet we killed each other