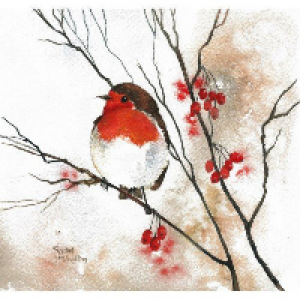 Follow
YosiLiao
Writing is a passion; what comes after is a blessing
24 Posts • 54 Followers • 18 Following
Posts
Likes
Challenges
Books
Challenge
Delve Even Deeper
All writers know that tragedy, hatred and pain are the easy subjects. So much more difficult to make interesting actual joy, love and satisfaction. Both sides always exist. This challenge to write about what you love about being you. What makes you extraordinary?

YosiLiao in Stream of Consciousness
• 8 reads

Simplicity makes for a happy life.

I learn that it is not a matter of materialistic simplicity, but rather that of the heart.

A simple heart is easily satisfied.

We can all be happy; we can learn it. Start with small things in your everyday routine.

By not taking that extra scoop of rice when your stomach is full, even as your tongue craved to taste more of the delicacy spread on the table.

By not clicking that check-out button, when you have no real need for the things you put in your online shopping basket.

By putting on a sincere smile, after batting that ugly jealousy to the side, when you see a friend doing so much better than you.

By sitting down at your table, coffee mug warm between your hands, as you sit and count your blessings because you have many, only you tend to lose sight of them among the hubris of greed, desperation, desire, and ambition.

By standing up after life knocked you down onto your knees, because you know it will happen again, but with lesser intervals as you grow from each failure, shaping you into a better person, a more capable one.

As we learn to find satisfaction in simple things in life, happiness will come knocking.

Being simple is only as hard as you made it out to be.

I hope you are too.

There is a certain satisfaction

to have my fingers run across the keyboard

There is a specific resonance

when my pen runs across white papers

There is a troubled anticipation

that comes with bearing your creation

and waiting – for acknowledgement, insults, adulation

There is peculiar sort of f e a r

when bearing to the world at large

that little fragment of your soul – that precious, fragile thing

There is that certain type of courage

that emboldens your heart against

the hail of indifference and unmet expectations

as I let this little one go

flying, with tremors in its wings,

Fly and never look back.

I will always be here, watching,

With that certain satisfaction

And a heart full of love.

1
0
0
Challenge
She was beautiful but nobody saw her...

Until death do us part

She is beautiful, but nobody sees her.

Well, they wouldn’t now, the young man muses with a slight regret. Not after this. And definitely not like this.

The sacrifice looks up at the young sorcerer, trembling with pain and fear and hatred, and yet he has not allowed her to die. Perhaps later, in a few moments.

As he bends down to pluck the organ out of its confines, the magic wielder absently wonders how long the frantic throbbing would last once he has it in his hand.

Beneath the first moon, this ritual requires the full participation of all involved. If that meant a bit of magic to keep the sacrifice alive through it all, well, that is a small…sacrifice he can easily dole out for the sake of greater power.

As he raises his offering to the heavens above, the soft silvery moonlight slowly adopts a verdant scarlet hue and the sorcerer smiles at the frantic sacrifice.

She is truly a vision to behold, pale with death and painted red.

Loosening his supernatural hold over her, the sorcerer lets her go into death’s gentle embrace and looks down upon her bloody vessel adoringly.

She is beautiful, more so in death than in life, but nobody will ever see her again.

From the Outside Looking In

He looks at her like she is the sun;

her words his law;

drinking the sight of each other.

the rest of the world simply...

Sitting a table away,

Hardly the first time, I sigh,

wondering, wistfully, if theirs was a fortune

I would one day call mine own.

(Meanwhile the barista rolls his eyes,

At the antics of this three regulars,

Two sickeningly in love with each other,

One in love with the idea of being in love.

The Gentleman at the Station

While a man in a suit was not a strange sight, a foreigner wearing a three piece and a hat was. Well in this tropical country, that is. The man must be feeling really hot under the collar!

I was standing by the station's platform, waiting for my train. It was a small place, but crowded due to the rush hour and somehow, this middle-aged man arrested my attention.

It was the suit at first; I did so love classic suits and outside of TV, I didn't get to see them often. The second thing was the pocket watch he had.

I didn't get to see it in full, but even from this distance - we were standing across one another, first in line to board the train - I couldn't make out the whole detail but it looked old and pretty.

He even had that chain that connected the watch to his breast pocket. I wished Dad was with me so I could show him.

The gentleman must have felt me staring for he looked up and our eyes met. Caught, I offered a sheepish, polite grin and a short nod of greeting, hoping he wouldn't truly be offended.

A hint of surprise flitted through his face, but it could be my imagination.

Well, since there was that boy wearing earphones standing right beside him in the line, ready to takeover him when the train arrived, he must have thought all youngsters were impolite or something. The boy was even ignoring him! That was so rude.

The man tipped his hat at me, grim lips quirked into a parody of a smile. Such a gentleman.

Contented now that he had concluded his greetings, his attention returned to the pocket watch in his hand.

The train arrived with its usual grating noise and then -

He tutted, sighed, and closed the watch decisively, a tone of finality underlying his movements.

That was the last thing I saw before -

"Such a tragedy," an old woman murmured as she placed the flower bouquet she brought among the myriad that already decorated the ruined subway entrance. Throngs of people milled about the scorched place, held away from the scene by yellow police tapes. That didn't stop the citizens from flooding the place with flowers, candles, and other mementos.

Many were weeping at the loss they all suffered. On the newsstand nearby, the newspaper were all displaying similar iteration of, "BOMB EXPLODED IN THE SUBWAY; TERRORIST ATTACK SUSPECTED".

"I was there, you know," she said to the man standing beside her. Strange man. He was clad in a dark, three-piece suit in this hot weather. "I was just exiting the station when everything went booom." She sighed sadly at the remembrance. "I barely survived. If the bomb blew up a few seconds faster..."

"Were you there too?" she asked, surprised.

"I was late then," he confided her. "Three seconds late because a little girl was smiling at me and I had to smile back...it was only polite."

"I will not be late for you, Erin Lloyd," he said as matter-of-factly as he had with the previous statement, his eyes bore into hers as if he was scooping out her secrets just by gazing at her. "I will see you tonight."

Discomfited, the old woman broke away from the staring contest. "Have a good day," she said, not waiting for his response before hightailing it from the scene of tragedy. Her heart was already in a poor condition as it was; Erin really didn't need the extra stress inflicted upon it after all this horrible situation.

Back by the entrance of the station, the man took out an ornate pocket watch, opened it, waited, then closed it.

"HELP!" a shout came from the crowd when a man's jacket caught on fire after a paraffin lamp nestled among the candles spilled on him. "SOMEBODY CALL AN AMBULANCE!"

The fire climbed up his face and his screams joined that of the crowd's as they witnessed the horrifying accident.

Unperturbed by the chaos, the gentleman nodded to himself, securing the watch in his pocket.

Now onto the next place. There were dozens left to collect - the souls that should have departed the day before.

He had been only three seconds late...

8
2
4
Challenge
The first line of almost any story can be improved by making sure the second line is, "And then the murders began." Give it a try!

When the crows come a-flocking...

And then the murders began.

10
1
3
Challenge
Give us a little piece of your wisdom. Create your own proverb or quote. This is the quote you'll be remembered by, the quote that will go on fortune cookies and quote books, so make it a good one. 50 coins for the winner. Happy quoting!

The only obstacle lying between you and happiness is the way you perceive your life.

YosiLiao in Stream of Consciousness
• 136 reads

a world shaped by letters

into a captivating reality,

forever outside my reach,

yet only a thought away...

loosening the chain of ennui

Alas, friends, dreams are but dreams

and as the last period typed

and the T's crossed and the I's dotted

The fatamorgana fades and thus, I return

the farcical joke, by

that who sits on the throne.