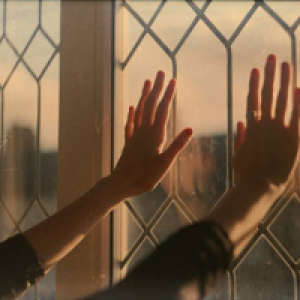 Follow
rotasafiri
she can write up a blizzard and talk up a hurricane
11 Posts • 19 Followers • 17 Following
Posts
Likes
Challenges
Books
Challenge
loving vs. being in love
tell me the difference between loving and being in love. you don't have to say it directly; you can just imply it in the theme of your story. it could be about your past experiences, a fictional one, or just the concept of love as a whole. poetry or prose. for this challenge, i decided to choose the winner myself. i want to pick the piece that amazes me. be sure to tag me in the comments of your story so i can see it! (@rotasafiri)

when I met him

I saw more than a person; I saw a

concept, an idea. & with this idea

came so many others, a stormcloud of thoughts followed by

a sunshine of fantasies. what I mean to say is that

he was my rainbow, but only for

a short time. I was impatient; I did not wait

to know him, all I knew was the pursuit

& it took too long for me to

give up. when I did, I discovered that

I had never met the boy I loved.

I was gazing through a window

without entering. I had found a beautiful idea

and decided that it should be mine, without asking

why. & for a while it blossomed,

but then he was gone,

maybe I couldn't. maybe once was too much for someone

so young & so weak. but I couldn't help it, everything was colorless

without him, I needed more than a concept.

without some[one] to dream about).

and just as I had begun to think this,

I turned around and noticed you, almost for the

first time. & I felt that leap, it was familiar, it was different

than before. It came too soon, I had fallen for you

without meaning to. & it was more than the colorful

splashes of love, it changed me, made me look in the mirror

differently. what I mean to say is that you were the sun.

even though some days you refused to shine on me

I knew you were still somewhere, shining. and I absorbed all the light

I could, knowing I could not keep you, knowing

we were not meant for each other. but being in love

means being dedicated to more than just an

idea. so when you told me that you could not

love me, I continued searching for light,

if i could exist in a thousand lifetimes and live a thousand different lives, i would find you in each one and love you in a million different ways the broken pieces of my heart would allow.

11
5
0
Challenge
Describe what being young feels like in only one sentence!

Youth, hopefully for most, was when you feared all the wrong things for all the right reasons.

1
0
0
Challenge
Describe what being young feels like in only one sentence!
Frostfall56 in Philosophy
• 50 reads

Being young feels like jumping off a rock into the iridescent water, the adrenline masking the threat of the inevitability of death.

There is no glory in the words spoken with a glittered tongue.