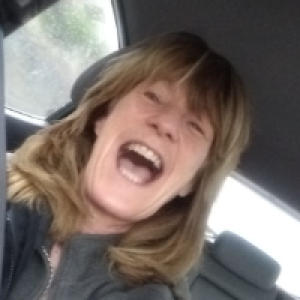 Follow
CYurkunas
My story is the classic story of the underachiever. "Most Likely to Succeed?" Try unemployed writer!
4 Posts • 7 Followers • 1 Following
Posts
Likes
Challenges
Books
Challenge
Alliteration 2.0
Alliteration seems to be trendy right now, so here's something a little more complex. Write a poem with 3 stanzas or more, each stanza with a different letter theme and each major word within the stanza starting with that letter. If you want to get really fancy, make it an acrostic poem with each stanza's letter spelling out a word. Hope that makes sense! (note: minor words such as articles, prepositions, and conjunctions don't have to start with the same letter as the rest of the stanza). See my entry below for an example. :)

Bullies boast of brutality and

Timid and on tip-toe,

Turn the tables and say “No!”

In a torrent of transformative and transcendent

As a teacher of high school English, I embraced every lesson as an opportunity to introduce interesting and unusual words. This surreptitious instruction started on day one when I introduced myself as a bibliophile and logophile.

From logophile it was just a hop, skip, and a jump to logorrhea. “It’s like diarrhea, but with words!” I eagerly explained, hoping that my graphic analogy would get their attention. Those who looked at me like I had lobsters crawling out of my ears would receive an invitation to check the dictionary at the front of the room. If they caught me on a good day, I’d let them use their phones; vocabulary.com would close the deal with their straight-forward explanation: If someone's always mouthing off and just can't shut up, they've got logorrhea, a pathological inability to stop talking.

Having won the battle, however, I still lost the war; unlike other five-star words like juggernaut and troglodyte, logorrhea did not make its way into their post-literate lexicon. But then, on September 29th, Rachel Maddow used the word on live tv. The MSNBC commentator was describing the first debate between President Donald Trump and Vice President Joe Biden. I can only hope at least one of my students heard her, recalled a certain crazy teacher, and nodded wisely.

10
6
5
Challenge
$100 Challenge of the Month XX
You're President of the U.S. for 36 hours. You can't sleep for the duration, and your time in office is streamed live so you have to reply to comments while you fix policies. $100 purse to our favorite entry. Outstanding entries will be shared with our publishing partners.

A President for the Future

No one told me that my job performance was going to be live-streamed – good thing I believe in transparency! No tricks up my sleeve, no photo-shop touchups, no alternative facts, no revisionist history - what you see is what you see. And even in this Zoom-based reality, I will always wear pants. America didn’t elect half a president! I will stand proudly by the desk used so well by President Harris, and mark the official start of each day with the pledge. Finally, after too many years of slavery, Jim Crow, and systemic racism, I can say “And Justice For All.”