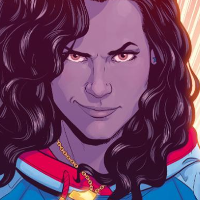 is a knife in the lungs

a stranger in your seat

is a mercy on the lungs

45
16
8
Challenge
Are you the object of objectified desire or infatuation by someone or by many?? Write a poem or some prose about how you feel or deal with that situation.

An object of your lust.

Lately I've been longing but our sweat's all turned to dust.

I still want it, so you do it

It's not as though I never knew it...

But it sure has been awhile

Since we needed to defile ourselves in mindless mad desire.

No need for toys, no laced attire.

Just us in lust

I yearn for the days when want was must

Why Do I Watch It?

It’s only a face

Does the face change

Russia, with a bullet

hole in the forehead?

Does the face change

Russia, with a bullet

hole in the forehead?

given up. Is the Dalai Lama

still holding on or will he

towel too? Will he

duct tape TNT to his

midriff and storm an

would be more effective

at least for systematic

and 2600 miles per second democracy.

the remote, shut the

computer down, and burn the

newspaper in the fireplace,

but I know these things will

to be awake and alert even

though I find myself crying

too often these days.

A Study on Definition

To love: an attachment, a bond, a connection;

The red thread around your ankle

The whisper of compelling, wanting, urging

A wall you build to protect, adore, protect

To be loved: the elation, the solace, the trust;

The body that holds you, keeps you, warms you

An ever-beating rhythm in never-ending cacophony

And to be in love: sun-storms and permafrost and a black hole all at once;

The deafening silence that rides on the coattails of catastrophe

Ashes and dust and the shield that makes you untouchable

The thunder of an ever-expanding universe, a centrifuge

That you see, you feel, you know, and so you move until you can't

(and even then you keep going).

The Crazy and Beauty in the Sky

Red clouds and a rainbow to

the south of the city.

Sheet lightning to the east.

Light it up and let it fly. The sky

is spinning out its paint box tonight.

My Name is Eden

"What does my name mean?" Eden glanced over her shoulder—the corner of her eye catching a sliver of a glimpse of her young ward—and back to the purrodgi she was whisking. "I'm not entirely sure," she said, turning around, careful not to knock anything over inside the hollowed-out Uekwuud trunk.

The giant bowl of thick whitish paste thunked onto the makeshift table, itself a flattened root, threatening to slide off. "I'm serious," the young woman insisted. "I haven't a clue, so stop scowling. To have a handsome face and not use it to smile. Such a—"

"—waste," the boy, a preteen, interjected. "I know. You keep saying that. It's so annoying."

"Ujo," she said, "I believe your father sends you here so he can take a break from your rebelling."

"Everyone knows the only reason I'm here is because I can't throw a spear to save my life."

Eden, conceded defeat at the folded arms, pushed the bowl across after taking a scoop for herself. "You haven't trained long. Even baby Wulvironis aren't born with the ability to stalk, what more a sapien like you?"

"Father was leader of his pack at eleven, and by his first dozen, he had felled three of the ferocious beasts. I'm almost ten and if I'm to take over as Chief, I need to prove better!"

"Your father," Eden said, "lost half his face in his first trial, barely surviving that incident with the amount of sanguine he lost. I would think he'd rather have waited until he was better prepared. At least then he could enjoy his station with two eyes instead of one."

"But that made him the hero he is today!"

Eden sighed. Time for a sleight of hand. "Your father was also twice your width and height when he defeated those monsters. So, you better eat up less you fall behind. Your hair whitens as we speak."

The corners of Ujo's mouth lifted. Reluctantly, he slapped a handful of the sticky mixture into his mouth. The battle is won, she mused, but the war loomed ahead. But despite his impetuousness, the boy's father, Tenno, had a temperament worse than a wailing Gushewk. She knew this because five-dozen years ago, Tenno had sat in the same position, asking the same questions about her origins. Her mind drifted back to a time when she was a youngling, when her adoptive parents explained how they found her and what they saw—a sapien couple in tight embrace, calling her name through the torn fabric of reality. What transpired? Where did the portal come from? Why did they both venture over together? Was she abandoned?”

"How come you don't age as quickly as us?" the young man asked in between mouthfuls, drawing her back into reality.

She bit her lower lip, then shrugged. "You should ask me questions I have answers to."

Eden arched an eyebrow, the opposite eye squinting. "I'd be extra cautious today if I were you."

"Oh," Ujo piped up. "What are we doing today? Swordplay? Trip sticks? Darts?"

She shook her head. "None of that. Today, we focus on balance."

Using only her fingers, the woman flipped the empty ceramic crucible above and onto the boy's head.

"Good catch," she remarked, taking in the clumsy spectacle. "Now, use only your head."

Ujo was far more persistent than his father despite his physical handicap, and it was a disability despite what everyone professed as a collective. Eden was certain the cloak of denial was to shield Tenno from the painful realization of his failure to sire a worthy successor. But while the Chieftain himself was abled, leading the effort to repel wave after wave of their enemies, no one cared that the heir to the throne was impotent.

There was still time yet.

“Ancient!” A cry from outside echoed through the cramped enclosure.

Eden shot a glance at Ujo, her brain trying to identify the voice in parallel. They both ran out, the young woman taking charge, but then she stopped and said to the boy: “Stay here. Not a word!”

She grabbed her trip sticks and was down and across, floating through the marshes, in three blazing steps.

“It’s Chief Tenno,” the messenger said, his face weeping with moisture, the whites of his eyes gleaming in contrast to the black orbs. “He’s dead.”

The twin rock-hardened batons clanked onto the ground. She took a deep breath and spun around to catch Ujo’s eyes with hers. Already, the boy’s perceptiveness had triggered an emotional response, sensing that something was amiss. Will he be strong enough to endure the burden of leadership? Would she?

They now faced a new foe; one that was faceless and without form, permeating the air and precipitating through rivers.

Time was against them.

"Ancient." Ujo stood before her, like a sapling seeking solace against its parent bark. "Is my father..."

"He is one with the wind now," Eden said. "And you are now Leader of the Pack."

"Remember your training," she said, "and it shan't abandon you."

"Will you counsel me like you did my father?"

Ujo, who mere seconds ago was a newly hatched crimson Uspriy, perched now with unbridled wings—stretched out on either side—ready to soar.

"I know what it means," Ujo said a moment later, with unadulterated clarity.

Eden allowed herself a few moments, but she hadn't an inkling to what her new Chief was referring to. "What—"

"Your name," he said, his gaze penetrated her facade, "it means wisdom."

till eyes are shining.

Sometimes I'll see a student staring out the window at the end of the hall. But what does she see out there that holds her attention? I know from experience there's only a gray lot of teacher's cars, the track field, a tennis court hidden by a blue wall—all of it yellow and hazy from the sun slapping against the dust on the glass. But I don't think she's looking at anything in particular. Maybe it's a mood she senses on the other side of the pane. Behind her, white walls slide into a maze of lockers and locked doors guarded by a panopticon of ceiling cameras and teacher lounges. But out there are streets and side-streets and green, green grass and the bayous that interlace Houston like little green veins, and beyond the red roofs of the suburbs are patches of green trees binding shadow-flooded marshes and the homes of alligators.

Sometimes I think I know what she sees.

20
6
4
Challenge
Capture a moment
Any moment. Any way that makes sense to you. Give it life.

My classroom is a block like one of those you stack to do math when you're in kindergarten. Desks turn forward like lines of British soldiers, and students shout and throw rulers and text each other in a war for attention. My desk is the general's tent—present, to the side of the commons and barracks, capable at a moment's notice to survey the ranks (all I have to do is lift my eyesight an inch from my monitor to review a regiment using cell phones to redo eyelashes or sneaking markers to color in a map of Asia or clunkily dropping fidget spinners). From this distance it's difficult to tell if a student in the back is passing notes digitally on the phone in her lap or using a calculator to complete physics problems. So, with a war-weary sigh, although sans mustache, cigar, and epaulets, I get up from my chair and remind the Front that their assignment is due in two minutes.