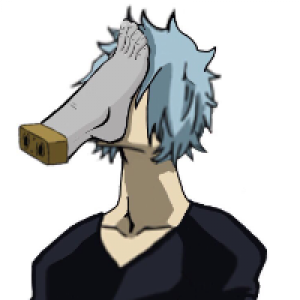 Let me lead you astray

Just a few feet away from

The world that you thought you knew

From under the gray,

Let me be a warm ray of light

In the storm that's surrounding you

Your silence is louder than you think,

You don't have to speak

Because I can still hear you

Words never did much for me

Would it be had to breathe

If I asked to be near you?

Was hell on my tongue,

You heard it through whispers

Of wind as I came undone

That was month one

When my voice wouldn't come,

Yet you'd sit with the quiet

As I pulled the air through my lungs

Your silence is louder than you think,

You don't have to speak

Because I can still hear you

Words never did much for me

Would it be had to breathe

If I asked to be near you?

So let me bide my time

I guess it's probably time

That you're one thing I can't stand

This is a piece called "The Seer," written by Erik Santos and performed by the University of Michigan Symphony Band and tenor vocalist Scott Piper. It is based off of poetry by Langston Hughes, as well as several other creative works.

Watch it. Just watch it. You'll get why I posted it.

(Please note that I had no part in the creation or performance of any part of this piece, nor do I claim to. I just think it's really, really cool. But... I would totally play it in an ensemble if I ever got the chance, so if anyone could be an absolute legend and hit me up with the score, I would be eternally grateful)

It’s hard for me to tell

What color the plants should be right now.

All the grass keeps dying and waking up again,

In an anime that should've ended

And the trees, eternally half-blooming

Are still caught in the prolonged stranglehold

Of the mistletoe that thrives in cold winds

In my eyes, It’s almost as if

The parasitic chandeliers could be hesitant;

Tortured by the annoyingly realistic possibility

To squeeze one more drop of life

From the thin fingertips of another

Before it wanders off again

In the heat of the evening.

And wondering why the static's

Cross the tundra, blur the lines

Show me something I don't know

I can almost see my breath

Caught in the monochrome

Carve me from the ice

Chip away at every broken part of mine

Preserved under the time zones

Melt my peace of mind

Cross the tundra, blur the lines

Show me something I don't know

I can almost see my breath

Caught in the monochrome

6
2
13
Challenge
Love?
write about (romantic) love as a person who has never been in love before. i wanna see what your *ideal* of love looks like. would you let go of it for a chance at something good? romanticize love, or maybe talk about a steady home.

There exists within them

A quiet understanding of my world.

They see the concepts

That words don't exist for;

The ones that structure my existence.

They knew from the beginning

That it would take them

And yet they still sit here

Between the things I already know.

Knitting me without a pattern

Because they know I don't have one,

Nor do I have the desire to predict

How they will change me.

They are tethered to me

Not with conversations and interlacing fingers

And instead leaning upon

We are a god of war

But it's Ares' burden

No, we aren't done yet

We've conquered the earth, but not ourselves yet

We have necessary chaos seeds to plant

And we repay ourselves in blood debt

'Cause we're the deity we worship

On the market is our flesh and bone

For half the price, give it half a home

We don't live in a society

If we kneel to gore

Shackled by our own adoration

But not the things that we adore

We are a god of war

But it's Ares' burden

Another martyr's been erased

We barter in our own morality

Is perspective worth our humanity

They build statues for us

We just leave them to rust

What are we here to protect, to be a god for?

'Cause we're walking on ash and dust

Oh, are we still pretending

Anything left on this

Note: After the bridge, repeat the chorus but overlay the prechorus with it. Then accelerando & crescendo until tension peaks; after that, everything just abruptly stops, without resolving any chords.

16
8
20
Challenge
Hook Me
Write the best hook to the beginning of a novel. Must start with the words "As my world burned...". No longer than three sentences. Tag me!

As my world burned, I sat down on a soft patch of grass amidst its chaos. The citric scent of my steeping Earl Grey pierced through pungent fumes of ashen smoke that clung to everything it touched. The two odors blended together, invading my senses with a turbulent redolence as I turned to the next page of the book that was resting on my lap.

No, actually open your eyes.

…Ah, but that’s where you’re mistaken.

Is the back of your eyelids.

Of the back of your eyelids.

Because if your eyes were already open,

I would think that by now

The soft clover underneath you

The arm around your shoulder

Warming your shaking body as you cry.

You would have seen the sun

Rising through your window this morning

As you struggled to revive your tired mind,

Of your loyal fluff-armored protector guarding your pillow,

Ever-dozing, but always with one eye open.

You would have caught a glimpse

Of the prisms of color

That danced between the sparkling droplets

Last night when it rained.

You’d have been entranced

By the rippling reflections they left on the concrete

That mirrored the sky, swirling with the stars of van Gogh.

Open your eyes, little one.

Witness the beauty of the little moments

That dot every second of your existence.

So. Whenever you’re ready…

I am from (wands of unimaginable power) unsharpened pencils,

from Beanie Boos and Island of the Blue Dolphins.

in a room that wasn’t mine,

doors that locked from the outside,

and a silence I filled with hour-long ballads about anything and everything.

I am from the trees I would lie under as after-school traffic died down,

from my usual spot in their dancing shade, settled next to friends on the sidewalk.

and the exhausted, victorious atmosphere

after every run of the show at every marching contest.

From Tobias Soriano and Alexis Palacio.

I’m from the blunt, nerdy humor of Parker Boyd

and the hours of deep conversation and beautiful,

From “you can’t be trusted” and “you’re the most real person I’ve ever met.”

I’m from delivering Lemonades and finding a community;

from Panama City Beach, where God showed me

I’m from Level of Concern by twenty øne piløts,

leaning against trees whose roots grew over the empty sidewalk and writing a song about it.

From the rocky creek I jumped into with Parker,

where I simultaneously got my first kiss

and a cool scar on the bottom of my right foot.

The stickers on someone’s guitar whose sound I thrive on after school,

the voices and laughter of people I’ve just met but couldn’t bear to lose.

Scattered throughout my room, tucked away in desk drawers and on bookshelves,

are folded letters and useless objects

I somehow manage to keep finding places for.

I am from the pink scars and salty tears

of everything I have ever experienced,

unhindered and separate from the realm of blood and descent.

You ask how I plan to change the world.

The world does not need

Look at our surroundings.

Through millions of green pages,

Through shadows dancing on the forest floor.

In cool billows of crisp wind,

To land on unsuspecting eyelashes,

To be blinked away from wandering eyes.

Our artists beckon us with graphite lines

And textured mountains of color

And pages and pages of original combinations

Of ancient words and immortal sounds;

By redefining the light spectrum and the world's acoustics,

Altering how our senses absorb the universe.

I am one of those artists.

I do not change the world;

I change our perception of it.

I am an artist;

But I am not your artist.

This is a planet;

But it is not our planet.

Earth is an artist alongside me.

She is a creator of new ideas,

A writer of songs,

A painter of landscapes,

An innovator of intelligence.

She has a portfolio of towering sculptures

And music that took eons to compose.

She is not ours.

No, I will not change the world,

For I am an artist.

I do not vandalize or take credit for

The work of other artists.

I will bring a shift

Into the minds of those who do.