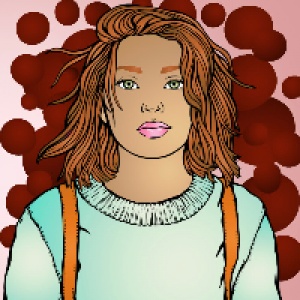 The Reality Of Life

I see you as you are

Soon you will know that is okay

Some are meant to leave

We were meant to leave

Go and find a corner of heaven

You will be sad

But it won’t last

Enjoy the little moments before they disappear

And that is okay

You will learn to love who you are

Even if it takes time

May you be better than I remember

1
0
1
Challenge
Masks or Walls or Both?
While I was thinking about it, how do you protect yourself? Build a wall or wear a mask? Or perhaps both? Poetry only, in any form.

Walls were built to protect

Though the monsters still invade

Masks hide the truth as prettier

The monsters are entranced by the pretty

They only see the dazzling colors and glorious brilliance

It hides the precious things that they love to consume

The things that I need to hide

Or needed to hide.

The precious are out now.

They would make the monsters blind with brilliance

The monsters no longer reside here

And I made them leave

3
1
1
Challenge
Phrases and Sentences
If your life was to be summed up in a series of short sentences and phrases, what would you write? How would you condense your experience existing into a single paragraph, a single stanza of poetry too if that suits you?

To put it simply

Hell has been plaguing me since birth

Hidden in the back

Broken in by the people meant to love me

Now I’m free of them

And now learning to love myself

In place of the others that were supposed to

Taken and bound when young

Now they are no longer safe

The prisoners that roam free

Are at my expense.

0
0
0
Challenge
Break your reader's heart in thirty words
Exclude any swearing and blasphemy and good luck!

To the one no one believes

Unfortunate as it is

Of loneliness and loss

But who could love

That not even her own mother loves

But who would ever believe me

People will say I’m not over you

The opposite is true.

My love has hardened and decayed

Becoming nothing more then indifference and hate

But still I think of you

The pain you gave me

And it makes me wonder

What made me unlovable to you

What cancelled your love for me

How could you claim to love me

When you left me broken

How could you leave me in the dust

When I did everything to help

You were never ready

I was all in and you were halfway

May your life prosper

As mine moves on

Even as my heart aches to know

How you could stop loving me

It falls flat no one sees that

None will see me

I will turn invisible soon

As I have everywhere else

I have become another person

That blends into the crowd

I'm not even forgotten

1
0
0
Challenge
Idea Fragments
This is the place to either use or display your idea fragments. Poems, prose, short stories, books, essays, etc. Anything works! Just use some of the random pieces of ideas that you have collected. If you don't have inspiration to use your fragments, or you don't have time, or whatever it may be, but you are still interested in sharing some of your idea fragments, you can just share the little bits and pieces that you have laying around or compiled somewhere by listing them. You can use as many Idea fragments as you want or are able to. I'd love to see your snippets of thoughts, so tag me please! ( @MariAntoinette )

My idea for a series

Ok so this is probably a really complexed idea but it's been an ambition to write a series that the main characters don't seem to connect. It would be a 5 book series. In order of how they would play out:

If Metal Was Human

The Revenge of the River

The ideas I have for each book are as follows (I will have detailed ideas and a summary for those who don't want to read):

SEEN: -A girl gets kidnapped to another planet and she must learn to trust the people around her or The Leader will kill her and destroy earth

_The culture will be inspired in part by Native American culture. Everyone on the other planet will have naturally odd colors of hair. They also will be more of a matriarchry except for the big leader he is a man. This is supposed to be odd. They also have a belief that if a women doesn't braid her hair then all the secrets she has will fall out of her head. So women without braids are not to be trusted. And women with short hair are believed to be women that hold no secrets. Men and women clothing will be a cloak like outfit that doesn't get in the way when you need to fight. This story will focus about on Senkina and her learning to find comfort in people.

If Metal Was Human: -A boy notices that something is wrong with him. His only soultion is in a time only he can access. He must figure out what it holds and find out if he can stop it.

_This one will focus more on Nicholas Charles's vourney that the future is as complexed as the past. He'll have a friendship with a girl and that friendship will be super wholesome. The plot will introduce us to is world and the future.

Dimensional Dream: -If you could stay in your dreams would you? What if you stayed? Well Andrew Lee is about to find out. He must decide before he has no choice.

_This one is more about the human expericence and how life can be worth living but if something drives someone away. They could stay away forever.

The Revenge of the River: -Elegance is given the chance to live out her dream but the river has other plans. Will the river destroy Elegance or will she uncover it's secrets?

Relearning to Love: -Samual James lost all his memories. Now he's tossed into this world where his memories hold the key. Though the whole world doesn't hang in the balance. His world does.

_ This one is all about family and how it isn't always the people you are related to. It also talks a lot about abusive relationships with parents.

Those are all my ideas. Should I keep trying?

3
0
6
Challenge
Tell an emotional story in under fifteen words
Keep it clean.

My life In a moment

The last of my life

Now in this bottle

1
0
0
Challenge
When I die
What is the last thing you want to say just before you die?

What I Wouldn’t Say

To the women to claimed to love me

I say a very sweet and chearful Fuck You

That is for all the nights and days I wasted

Trying to pleasure the monster in you

To the man that called me daughter

I say look at your children

Not what they do

For there you'll see the true human

To my first ex

I say look at who you actually want to be

Not what the world has craved you to be

Get a life that no longer revolves around me

It shows all the flaws in your "Nice Guy" self

To the girl that I called my best friend

I wish that your boyfriend didn't blind you so much

But in his shining glory, I see that I am nothing

Nothing but a symbol of a past

To my best friend

Thanks for staying through it all

I know that we had times that most won't understand

But that's fine with me

I loved you with all my heart

Not even death will change that

Stay strong for me Love