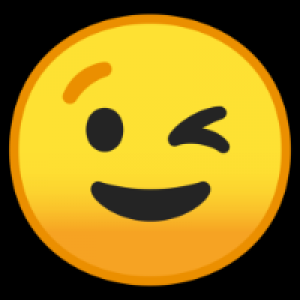 LoVe YoU tO tHe MoOn AnD bAcK

You make me smile and notice unnoticable things.

To make you cry, is the worst sin.

The stars always give me a constellation of you.

Moonlight instead of sunlight.

And even angels are drawn by your voice.

Back to you is my One Way road.

7
2
2
Challenge
One Thing To Pass On
Write some important advice. Maybe it's something that you wish someone had told you, or something that someone told you but you didn't listen, or maybe it's just something important that you have learned. Whatever it is, write it here.

I want to help everyone. Make them all feel okay. But when all my smiles are used up, no one comes back to thank me. Carry around a platter full of hope. An ear always waiting to listen. Eyes open to pull in the information. What to ignore. What to remember.

But I can't make everyone happy, because I'll drain myself out; not able to help anyone at all.

7
3
1
Challenge
Challenge of the Month XVII: August
You somehow find yourself back in 2019, sitting next to Jeffrey Epstein on the plane before it lands and he's arrested. You know what's coming, but he can't know. Write the ambiance and conversation. Fiction or non-fiction, poetry or Prose. $100 purse to our favorite entry. Outstanding entries will be shared with our publishing partners.

His face makes my stomach churn in disgust.

Eyes always searching for something he thinks he’s entitled to see.

Nose that seems to smell any weakness in me. Looking for a way in.

A mouth that constantly quirks into a greasy smile.

I give him an icy stare when he leans forward in his too-big-for-one-person seat. I can’t look away from him though, if I turn, I’ll see the window, and get sick. I’m deathly afraid of heights.

I still can’t believe that I was sent to do business with Jeffrey Epstien, instead of the person I really needed to see. Sent to Epstien instead of my actual business partner. Probably in hopes that my conditions on the deal would change after meeting this thing in a man’s body.

“So, how did a young lady like you end up in the business world?” He asks me this, but his eyes are not on my face. And I know it was a good idea this morning when I chose to wear my modest black suit top over my knee length black skirt.

I resist the impulse to snap my fingers and bring his attention back to my face.

“After college I found an internship, considering my expertise, I rose up fast.”

I keep my face calm even though on the inside I’m boiling as I see how his mind took my answer. He’s older than my father, and yet here he is with the mind of a teenager.

Makes me glad I took those pictures in his island house while waiting for the plane to ready.

“Would you like anything to drink?” He asks, standing and walking across the perfectly white carpet to his personal bar.

When Epstein returns, he sits down next to me, on my couch. Not the too-big-for-one-person seat he was in before. He takes a sip out of his glass, sets it on the table, leans back on the couch, and not so subtly slides his arm across the back of the couch. I go to lean forward, but his hand is suddenly on my right shoulder, yanking me back. He starts carresing my shoulder, quickly moving his hand up to my neck, to slide his awful hand under my modest suit jacket. I push against him, but he’s slid over, closer. He’s stronger than I first thought. One arm pushing it’s way into my neckline from where it was slung over my back, the other on my chest, pushing me against the couch, and working on unbuttoning my front. His bodyguards, who had seemed like civilized human beings are suddenly facing away. Like they can’t see, or don’t guess anything’s wrong.

“Off me, Epstein! Or the deal’s off!” I slap his face, with the hand with the ring, I had coincidently turned around, so he was hit with the sharp stone.

I leap off the couch while he hugs his face, gasping. I straighten my suit and skirt, fixing the buttons. I stalk over to the intercom.

“Captain, how long before we land?”

“About thirty minutes miss. At the ten minute landing I will ask you to please put on your seat belt. In the meantime, there is minor turbulance ahead, it would be best for your safety if you had a seat.”

I scowl and start to walk back to the couches, as I sit on the couch opposite of Epstein, his security men suddenly seem to care to about safety. The safety of Epstein.

“Ma’am, I’m going to need that ring, and any others you are wearing.”

My eyes widen in alarm, but Epstein leans across the small coffee table to put a hand on my knee, “I don’t want to have to sue you for my bodily harm.”

He said it gently, like talking to a child. The guard nodded in agreeement. I shove my rings into the guard’s hand. He just walks away, and turns to where his back is to the couches. Epstein keeps his hand on my knee, gripping my leg with such possessiveness, I feel frozen. Vulnerable. He slides his hand slowly upward, underneathe my skirt. I pull backwards quickly, glaring at him. His hand still on my knee. He starts rubbing it, then, puts his hand on the underside of my knee, trying to work its way up again. I flick it off.

“Now, who has more to lose if this deal fails?” Epstein asks, calling on my bluff from earlier. I do.

“Are you threatening me, Epstein?”

Before Epstein can answer, the captains voice comes over the intercom, “Please buckle your seatbelts, the plane is preparing to land in ten minutes.”

Relief washes over me, soon, I’ll be off of this plane. And Epstein will be arrested on the ground. Though i couldn’t find any evidence of his other not-so-legal-dealings, I can do little girls around the world a favor. He’ll go to prison once again for his crimes of child trafficking, only this time, he won’t get out of jail time so easily.

WinkingFace101 in Stream of Consciousness
• 44 reads

Walking out into the yard.

Away from the golden light of the house.

Away from the yelling silhouettes.

Under the branches of the old elm tree.

The porchlight behind flickers,

Only light coming from the milky moon.

She hangs above the heart of the city,

Laughing with the stars.

Turns her head and winks at me.

Making my whole body shudder to a stop,

lean against the tree for support.

The full power of her eyes on me.

You can always leave, and join the stars.

Walking down the street became impossible without tripping and dropping my shopping bags, when I saw your face.

"Hello." You said it so casually as you walked, but then I tripped on my heels. You stopped walking, turned around, and picked up my heart from where it had rolled to your feet.

Secret? Well, now... Having a secret would ruin that perfect picture of me everyone has.

2
1
2
Challenge
Fighting with my own soul

I talk to myself in my head sometimes, when there is no one else around. One side vents my anger, the dangerous, toxic stuff that really is never seen outside of me. The other side vacumes it all up and tucks it away somewhere safe and unnoticeable.

I must wear the likeable mask.

I just want to let it all out sometimes, but I can't. Sometimes, I let a bit of it seep to the surface, to make people think I'm not faking the happiness...

When I really am.

Let them see, a bit of the otherside.

Make them think they understand.

Even when they really don't.

3
4
5
Challenge
she looked at him and understood nothing

She thought that when they were reunited, everything would make sense. But now she was more confused than before.

The darkness around him seemed to swell at her growing anger. She roughly grabbed the window screen to pull it closed.

"Come on Shade, you said no more secrets between us!"

At that his face hardened, showing for just a heartbeat, frustration. He stepped closer to her house, like he'd climb up the short wall to get to her window, but stopped himself.

She scowled and slammed shut the window. The sobs came just barely after the curtains were drawn. She yanked the light off so he wouldn't see her crying through the thin curtain.

When she looked outside again, though the side of the curtain, without actually opening it, he was turning away. And just like last time, when she saw him, she understood nothing.

It All Passed in a Blur

All I can remember are the sounds of the busy hospital. Bustling, shoving, sobbing, screaming silently, the sounds of myself stumbling away from the room. Even in the cramped halls, I was given room to walk, I know that, because I never hit into anything, even though I wished I would. Just to feel the pain. To try to get rid of the pain killers that made my numbed brain disoriented.

It all passed in a blur of tears.

Do people ever see me?

Not just look, but see?

Do they ever listen?

Not just hear, but listen?