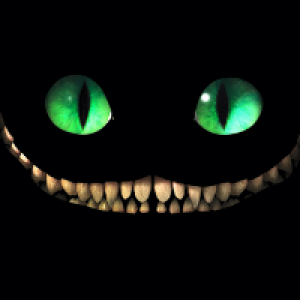 They say living with a narcissist is death by a million paper-cuts. We’re trying to learn to yes, and — so yea it is. And on good days, at least as the adult child of one, you no longer get the rush you did as infant when something you did garnered approval. The feeling has calcified over time, maybe all feelings have, the way they’ve said the amygdala does when exposed to trauma. It’s a constant looking over your shoulder, waiting for a shift in the wind, or the bout of nausea that arises with human error. It’s the reduction of your daily lifetime of commitment and persistence to a single clatter of a plate — you gently rest your hand on the well to silence it’s cry. “Maybe something will change,” is the line simultaneously killing you and saving your life. You watch yourself crack like a whip. You weren’t crafted to become a weapon, but the constant pulling and stretching too thin, the manipulation, and your constant exhaustion keeps you from maintaining integrity. So even when implicit messages don’t suggest you should cut your friends off, you are tempted to do so, to keep them away from what you see yourself constantly evolving into.

love is the sound of two hearts clinking

over a warm meal

I don’t know how to explain to you that the only time I remember being close to happy was when we lived in a roach infested 2-bedroom apartment in the Bronx. I don’t know how to tell you that the shared rooms we frequented of all the people we loved were ours too, that we owned more property then than we ever will with this silence. There’s no way I will communicate my souls constant pulling at my skin, trying to escape this completely claustrophobic illusory “comfort” and contentment. I would love nothing more than to abandon myself and lay out to die or simply to run from any obligations and yet here I sit complicit to a death of another sort.

2
0
0
Challenge
Share a Quote
Writing or non-writing, happy or sad. Just share (well, reshare) a little wisdom with the world ;-)

Stuck in my head this morning

as the shoal recedes into the night,

a pair of eyes reflect the light,

ripples pool around the bow,

as he edges near,

it’s clear he is entranced now,

captured by a riptide,

she knows it is safe not to hide,

at the surface her pallor

is shone in moonlight,

to the delight of the sailor,

she begins to sing,

as nectar fills his ears,

and the simmers, his eyes,

he leans forward to seek with lips

to his blissful misfortune

and he falls as he reels

into the harmonic tune

A dip into the reflection of the moon

From the Archives P4

My soles crunch against riverside gravel as I sway up the hill. I breathe heavier than I should, but not because I’m out of shape. I’m scared.

I’m unsure of the contents of what I’m afraid of, but the Fear is tangible and continues to tug at my thoughts. As I turn away from eddied water, my feet begin softly crushing leaves. The steady rhythm soothes me ever so slightly. I stop walking. Suddenly, I become aware of my thoughts and my stomach churns into knots. The Fear is alive within me and it writhes in my guts.

Footsteps approaching, my head snaps in its direction. I still can’t move. The Fear is here. Coming. Stopping. Waiting. Racing heart beats pulse everywhere. My feet, my fingertips. And especially where I feel its breath looming. I realize now — I summoned it. Tempted to fight or run because I know I can win or get far away, but something inside me sings, “stay.” Unconscious of my actions, in a panic, I stare up at it and belt, “What are you doing here? Why are you doing this to me?!”

The Fear, at once, sinks to the ground, into a child. Into me. “You finally cared enough to ask,” I say. Altogether my anxiety fades and a kind warmth rushes in. An embrace.

5
3
0
Challenge
Guess Boo! Round Two!
Last year’s Guess Boo turned out to be a big success, so I figured why not do it again this year. This is a guessing game of sorts. What you have to do is think of a topic that is often associated with horror, and then write out three lines, six words each, that describes what you are so everyone can guess in the comments. The topic can be a scary movie (Jaws, The Exorcist, Aliens), a scary TV show (American Horror Story, Walking Dead, Goosebumps), a scary game (Dead Space, Ouija), or a scary book (Dracula, Frankenstein). Or the topic can be some sort of monster, masked killer, or whatever that is associated with horror. Or it can be real people that are often associated with the horror genre like writers Stephen King, Mary Shelley, and George A. Romero. I’ll start off with an example so you all can follow. Winner will goes to the one that stumps the most people, myself included.

Loving the skin you’re in

If you don’t mind, I’d like to borrow yours, thanks

7
3
8
Challenge
Be Vulnerable
be as vulnerable as you can. write about dead parents or lost friendships. poetry or prose, no long stories. bonus points if you make me cry. $5 to the winner

Supposedly, hume is the origin of the word, meaning we are “of the earth.” Kind of hard to believe with the way we’re making it inhospitable, or maybe we’re just in a state of denial. In the same way, it seems we are in denial about technology being “of humans,” treating AI as alien as the humans creating them. No... I mean, as alien as the beings flying unidentified objects, that have either been obscured or protected by individuals in higher positions of power. Which, at that point, they might as well be aliens themselves.

Right, I’m supposed to be vulnerable. I guess I’m also in a state of denial. Denying that what ails me is anything more than the pain of what it is to be alive. The same as anyone else, I have desires to always have warmth, food, comfort, and everything else — the fights among family, the fears about disease, the unease regarding employment, seemingly arbitrary hormonal shifts, all seems trivial? And I don’t mean it lacks meaning, it’s much easier to spin meaning from drama. I just mean it’s trite, cliché, overplayed. These failures and fictions have been written about for centuries, albeit with varying levels of sophistication, but, really, can someone explain to me the difference between my depression amid a pandemic and another 20th century peasant’s? Haven’t other’s gone through their parent’s divorcing and their sibling cutting off communication? I’m not saying my circumstances are not special, I’m saying they are, despite what the media claims, in fact, precedented.

Maybe it sounds like I’ve just been parrying every potential opportunity to display some degree of vulnerability, but I promise I’m taking this seriously. My fears, currently, are deeply intertwined with my mortality, but not in the root word sense, not regarding the fears of death, rather, my fears are of being of this world; of living.

I am desperately afraid that I’ve been doing it wrong.

From the Archives Part 3

Nothing to flip out on

Bubbles burst on the surface

My imagination wobbles in rewind

deciding to try something new

But currents were never good guides

Could never trust the shadow ’cross my eyes

Forgotten which horizon to chase

It all looks the same

So in circles I swim

“This is real life”

But no one’s taught to navigate

Less know how to swim

Anyway, what was taught has been rewritten

And (this time) everything combined

My mouth met with water on a breath

I used to swallow chlorine,

Which may have been be worse for me...

Learning to relax and just breathe,

Flash-peeks of sun remind me

Coach says, “take that piano off your back”

But I wanted to go fast

With that, less to carry,

But reasons to search for shore

From the Archives Part 2

Days swing in n out

they’ve long been to church

we worship our wifi

it’s a cacophony of a million different songs

and they all sing contradicting things

Maybe the summer hum is gone,