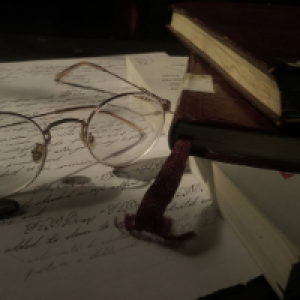 Follow
ohowqueerr
a sapphic person using writing as an escape from their crippling mental illness
6 Posts • 19 Followers • 0 Following
Posts
Likes
Challenges
Books
Challenge
Why can't you love me?
Write a story - poetry or prose about unrequited love. Tag me!

I don't think you understand

I love her more than anything

I love her in such a unique and special way

My love can never be copied or stolen

I love her like the Moon loves the Sun

I love her like the shore loves the ocean

Waiting day and night for her return

She does not love me

She does not admire from a far, hoping to catch a glance

She does not anticipate my return

And I realize only now

Only in writing this

I need to give her up

2
0
1
Challenge
Lament Or Celebrate The Inherent Insatiability Of Existence (30 Words Or Less)
Yep, that's what I said: 30 words or less. Exciting, right? Isn't it simply better to be restricted? To have rules to follow or even to break. After all, to accomplish something by limited means is a far more agreeable feat than to face the queasy expanse of a blank slate, is it not?

We'll eat away at everything, until there is nothing left.

With no regard for feelings or boundaries.

We'll just consume until we burst.

Waiting around for the "sorry kiddo, couldn't make it" text became a routine

Sure, it hurt when you stopped apologizing for your absence

But, I had gotten used to you letting me down

It wasn't even surprising that you didn't call on my birthday

Accepted that you have no interest in who I am

In return, I block out Father's day and deleted your contact

Which is ridiculous, because it's one of the only ones I have memorized

2
2
0
Challenge
1 Word for Pain
Write about your pain using only one word. You can use multiple words, as long as you're not forming a sentence.