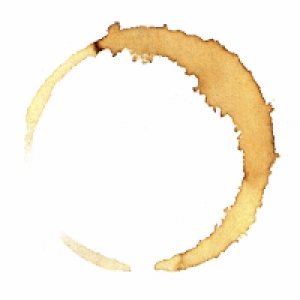 I hang hopes for better days across your shoulders, like trinkets on a mantelpiece.

May you be strong enough to bear them.

2
0
0
Challenge
What You Wanted to Write, But Never Could

My pain is radiant.

and blinding, keeping me

on the edge of darkness.

My pain is a seedling.

Perennial, planted with care and thriving.

Climbing my spine, it blooms inside my skull,

leaving my brain full of brambles.

My pain is a deep-sea monster

with strong and abundant arms

that coil tightly about my neck,

threatening to pull me to the depths.

My pain (according to my mother)

is a figment of my imagination,

but nothing else at all.

I am young and I am tired

and I am afraid that this is all I am:

home to broken parts and

My pain grows as I grow.

Soon, it will surpass me.

I've taken a big step and have decided to share my writing on social media.

You'll see familiar work and have access to writing before it hits the Prose platform (I will continue to post here, but may prioritize posts on IG). On top of that, a face reveal! I have decided to post outside of my comforting pen name, so gone are the days of the coffee stain portrait.

If you aren't into social media, no big deal! I look forward to our future interactions here on Prose.

Some days, I awake,

and I am the butterfly.

and I'm what remains

17
4
5
Challenge
I Miss Her/Him
Write whatever comes to mind! Can be fiction, non-fiction. Poetry, Prose (anything). Tag Me In The Comments!

the heaviness of my heart,

now apart from yours.

6
1
2
Challenge
Haiku
I LOVE HAIKUS. I want you to write haikus that you made by yourself, or ones you found, but remember to credit the person who made it;if it's unknown, don't post it. Aside from that, just have fun. Please be sure to tag me @Tohru. Thank you

grow ever fonder, they say.

mine, it only weeps.

"Let's not fall in love," he said, his voice reverberating off the subway tile and blending in with the crowd.

And you couldn't help but think that this wasn't the place for that statement, that request. You could pretend you didn't hear him at all, but that would hardly be honest. You heard him well enough. But in the subway, of all places? And then you think.

You think the subway is a dirty nasty place, and maybe that he equates it with you and that's why he is bringing it up now. You think, you don't like crowds. You think that maybe he couldn't go a moment longer without deminishing the possibility of connection. Though, mostly, you think about how it's a little too late for him to ask for this.

<b>This</b> being months of time together. You think about meeting in front of the apartment mailboxes. About finding out his dog's name was Ralph, like your uncle from Connecticut. The plans you made for next week. You think about the first time he watched <i>Breathless</i> with you and how you could tell he really liked it by the way he used it hands to talk about his favorite parts. You think about the fact he loves ravioli naked. How his birthday is coming up, soon. You think about his hands: clutching a pencil, scrubbing the wok, tapping laptop keys, making the bed.

How unfair, you think. And its only been seconds. You feel the weight of his gaze growing heavier. As if you were a boat and he an anchor. But you have needs too, you just don't know his and it's hardly right to ask now, isn't it. What do you say, then? In moments like these.

Looking up, you answer:

note: this is an immediate continuation of part 3: bird parts on cork boards.

And it was me. And it was her. And it still wasn’t like how it was in the movies. We were all fumbled words and awkward movements. I adopted a nervous stutter and the thought of eye contact made me sweat. She couldn’t stop adjusting the position of her glasses and followed everything I said by ‘mhm, yeah’ or ‘mhm, yeah, for sure’.

Then she found courage and read me snips from poems I’d never heard before, written by a drunken man. That’s all I know of Bukowski, that he was a lonesome drunk. But that day I found out that he once wrote about walking through fire, and I think that there is something to that.

I don’t know everything about life, but what I can say is this: life won’t pick you up when you fall, it will not forgive you for any mistakes along the way. It is a one way road, a one-way road that is on fire and full of traffic. And no one is protected, just flame to flesh as we scream and barrel forward. Everyone is suffering to some degree, it only matters how you make it through. And from what she read to me, it’s safe to say Bukowski made it through by mixing whiskey with beer and keeping one hand on a woman. I am not Bukowski.

She told me her favorite quote by him was one from a letter he once wrote a lover and it’s as follows: find what you love and let it kill you. Let it drain you of your all. Let it cling onto your back and weigh you down into eventual nothingness.

And I wondered, how can this be true of love, too? How is it right to want to chain them to your very being, but also want to drown inside of them, gone. What does it mean to be in love with someone else? Is it this soft and steady hope for better days, or the sense of being gently swept away? I’m not sure it mattered to me really, as I was surely in love with her already.

Time was passing. She had started to string together chosen words, reciting poems written by a man who only wrote dirty things about his pretty lovers. She was bold in a way that made you want to be bold, too. And I liked that about her. It was intoxicating. And really what it was, was the sight of those lush lips forming and framing those nasty words. Oh, I liked it.

But that isn’t to say I was suddenly able to be less myself and more confident. No, not at all. I mumbled something intentionally unintelligible and went off in the direction I was initially heading. But the thought of our last few moments together had me in the dark, unable to remember what I wanted, besides her.

I ended up leaving, not casting a glance in her direction in my search for the exit. Back to my apartment, where it was quiet and safe. Keys in the dish, clink. I called out into the darkness: honey, I’m home. I heard the distant tinkling of an approaching bell. Soft paws padded on the hardwood floor and Fin greeted me with a disgruntled meowl, stretching his slender body into a half moon.

And I thought, how comfortable it is to be alone.

2
1
0
Challenge
Something Ugly
Show me something raw and honest. Gut wrenching and sick. Heavy and drenched in emotion. The poem that packs the most punch wins.

as if i never

was my answer. Without preamble, plain and clear and easy to understand. Sitting in the passenger seat of a truck whose wheels were too big for its body. Choking on the smell of your sweat and cheap body spray and cigarette smoke, engulfing and overpowering—like

the rest of you. And what surprised me most is that you were surprised at all, caught off guard by my response, devastated. As was my mother, as if she knew my bounds better than myself. But she wasn’t there when it happened. And I’ll never tell, and

you know better. But these aren’t the words you want to hear. These hard and nasty words, coloring you as the monster. And you tick back titles that just can’t stick, trying to slough off some of your trouble onto me, because

it happened. The back of the same truck, jeans around my ankles and a yellow jacket. Long hair splayed out in a halo, glasses fogged and tilted. Traffic sounds, a scream: the same word over and over

echoing off the cab, like my response to the question you just asked. Astounded, because how could I still love someone who broke me. Who found pleasure in my ragdoll body filled with fear. Who picked over my choicest bits like a man at market. So,

my answer was no, I do not can not will not love you anymore—but I know,

as back arches to tail’s end.

and a heart-shaped nose.

as legs curl under the stomach.

the prey has passed for now.