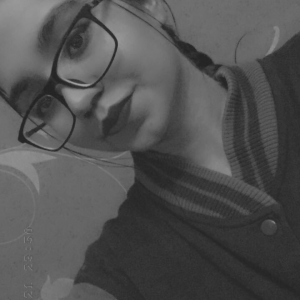 Or my wretched soul?

Laughing at my maddened heart

As it runs in the streets like a dervish

For it had never known what yearning felt like

Until it touched your heart.

-I yearn for your presence

The Maps that Lead Me to You

All those maps in the sky

All lead me to you

For my next trick

I will create an invisible bubble

And suffocate in it

While pushing away everyone

Who genuinely wanted me to breathe.

Aks in Stream of Consciousness
• 54 reads

And for my another best trick

I will undervalue myself,

Until I completely destroy my self esteem,

So that the king’s horses

And all the king’s men,

Couldn’t put it back together again.

I didn’t know how much

those cheesy love poems reminded me

Until the day I started

reading them out loud to you

Now I’m out of breath

And an erratic heartbeat

I do not miss you like the desert misses the rain, because the desert never misses the rain. It takes it’s pride in having the endless stretch of burning sands and hopelessness. I miss you like a sailor lost in the desert misses the sea. Half-mad, lunatic and rave, calling out his ship’s name like it were a prayer. Calling out the caravan he was separated from like a child desperately looking for his mother. Look at him hallucinate! Look at him unable to distinguish between the dunes of the sand the waves of the sea. Screaming at the awareness of his insanity. Look at him beg for the sea, and not for freshwater to parch his dry throat! Look at him gargle and choke on his own blood! Look at him have series of mirage about his ship sailing proudly in the sea. Look at him cry in despair knowing that he’ll never make his way back home. Look at him smile as his drops on the soft yet harsh sand, knowing that his love for the sea is stretches as far and wide as the seemingly endless desert. Look at him become one with the sand yet the last throb of the heart sounds like the waves crashing at the harbour. This pain is stitched to my heart, and I have to rip open the threads when I pour out how much I miss you.

Aks in Stream of Consciousness
• 25 reads

And I felt like describing this strange feeling that I never really thought of explaining. “The Tug” I’ve been calling it lately. I know it is quite a silly name for a feeling that knows how to create and destroy me. The feeling resides at the centre of my chest. It’s like someone dipping their hand in my soul and trying to pull it out of the cage it’s been trapped in for a while. Sometimes it feels like a strong push from the inside.

Something wants to get out

Something is trying to tell me,

“What are you waiting for?”

“You know a lot about this”

“How can you not articulate when your mind is full of words?”

The ‘tug’ painfully reminds me of the things I’m missing out on. The places I could have traveled, the sights I could have seen, the rush of happiness I could have felt, but here I am wallowing in self pity.

“What are you waiting for?”

I feel the ‘tug’ drive me to insanity when my toxic perfectionism chains me down. When I miss out on things I love doing because I’m scared of not being good enough, scared of failing.

“What is there to lose?”

How can wine console it’s madness?

It is already tipsy with love

She dips her heart in

It sears every vein

Until her mind is numb

Until her soul is sober.”

My skin is familiar with

This taste of salt

The way those drops

Cascade down my cheeks

Kissing my lips so gently

Before bidding me farewell

On my green rug