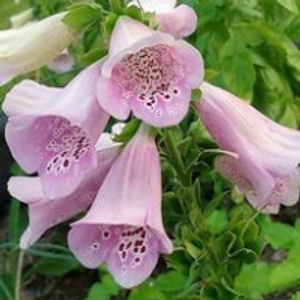 Follow
Dani_is_not_ok
My pain is my muse. (Teddybear9979)
56 Posts • 124 Followers • 387 Following
Posts
Likes
Challenges
Books
Challenge
Is the pen mightier than the sword?
Interpret this phrase however you feel, but make sure to answer the question! :)

I actually wrote about this in my book, "A Collection of Short Stories" because why not. In short, no, they each have their own uses. One would night go to war with a pen nor write an essay with a sword. I encourage you to go read my "story" though. The book cover for the ebook is also my pfp.

1
1
0
Challenge
Share with the class!
I know it's difficult, declaring your favorite child. Maybe it's not ready, maybe it never will be...in your eyes. But I want to know. I want you to share with us the one thing you've written to date that sparks your soul each time you read it. I know it will be difficult to declare a winner but I will do my best. No rules, if you wrote it and love it the most, share it! Also, read the other entries please and give love to any and ALL that speak to you. Share the love! Now go pick your favorite child...

The steps of the guards rang through the hall as they made their way to my cell. I shivered in the cold, wrapping myself up in a thin blanket one of them gave me out of sheer kindness. Their voices echoed.

“Man, this seems so wrong. She’s younger than my daughter. And in deathrow!”

“I know, but it’s our job. She confessed to the murders and so, she is punished for it. Sentenced to death.”

“No, but she confessed and all evidence found leads to her.”

“Evidence! There was pictures and her confession! There were never witnesses to testify against her! It’s wrong! She needs to be let free!”

But death will be freedom.

One of the guards, the one who gave me the blanket came into view and smiled at me.

“Hello sweetpea. How are you?

He nods and the other guard watches. “I know. What do you want to eat today?”

That’s when I realize, today is the day they kill me. Just like the other inmates warned. They only asked what we wanted to eat before they killed us. Shivers travel throughout my body.

“Oh.” I think long and hard. I want my last meal to be decent, even though there’s no point in having one. “shrimp alfredo, like a professional one... And those tiny french cookies from thayt American Girl movie... Where she’s in France.”

The other guard walks off to go put in my order.

He stares at me, sorrow in his eyes. “Why did you confess to those murders? I know it wasn’t you.”

“Those people I killed... They ruined me. Death would be freedom.”

“You are ten! You didn’t kill anyone!”

He doesn’t believe me and I understand why.

“Because, someone needed to avenge the children they harmed, such as myself... But no one else would be their avenging angel. So I was.”

They had finally brought me my food. It was warm still... Most likely courtesy of the guards who’d grown fond of me over the past several months.

I began eating, thinking of all my victims. They’d only ever found seventy-two but there were many more than that. Lesser known people who no one would notice if they disappeared.

If reincarnation is real, I hope to come back as a child again, and be the avenging angel again. Kill more; save more. I’d go through deathrow a billion times, just to save my brethren who need me.

He nods and says, “I know, little avenging angel, I know.”

And somehow, I know, he’ll find a way to carry out my work, one way, or another.

Dani_is_not_ok in Stream of Consciousness
• 40 reads

Shut up, you soggy waffle! (7 syllables)

6
5
4
Challenge
Limit yourself to only one syllable per word and only five words per line
have fun with it. don't forget to tag me

you Are not the boss

6
2
5
Challenge
Write a piece of any kind that contains every letter in the alphabet.
No rules, just creativity and tag me. I'll go first...

So I read this a while back and remembered it just now after reading Arctic’s post.

Howevery, it is missing I. So let’s tweak it.

Mighty Sphynx of shining black quartz, hear my prayers and judge my vows, wash me in your darkness and purify my heart, cleanse me in your righteousness.

3
2
5
Challenge
Let those of us who do, fall backwards!
:). Hello writers. In the states an old tradition that dates back to some really cool history (depending on who you ask, I am somewhat of a dork in my special interests, one being history) and which has drawn a lot of attention in recent years... the changing of the clocks. Where I am in the US we 'spring' an hour forward when winter is at an end and we 'fall' back an hour as we transition into winter. SO my challenge is... you are given one extra hour Sunday night November 1st of this year at 2am. How would you fill that 'extra' hour, what would you do during this sanctioned time traveling? I plan to send a lil 'juice' to my favorite. Have fun and I look forward to responses! :) Oh... ya know what...If you are someone who has in the past voted (yes it has been on a ballot or two) and you feel strongly about the abolishment of the tradition, please by all means state your case... but please live in an area that is effected by the practice. Perhaps 'juice' will come to a great argument as well. yeah!

An extra hour of horror

Honestly, I don't get to sleep much between writing, school, and work.

This is legit my weekly routine unless I have a specific day off:

Get up, Go to my first class, get ready for work. Leave about 30 minutes early in case there's traffic of something. Get to work 15-30 minutes early. Skip my 2nd and 3rd clas because I'm working. Get home. Watch recordings of my classes (which are about 1 1/2 hours each so that's 3 hours of recordings.) take a small break. Start on actual course work for 4 different courses. Write whilst working on the course work. Finally go to bed anywhere around midnight to 2 AM. Toss and turn for an hour. Then I get up 8-8:30 again that morning. So I average about 4 hours of sleep. Oh, did I mention I help cook too?

On my days off of work it's a bit different. So if I don't work but have school work, this is how it goes: Around 8 to 8:30 I wake up and start my first class. Then I do my class work for said class. I go to my next class and do that classes' work (if I can, my second class is always messing up on the actual course.) Then I go on "lunch" which is always me doing MORE work. I go to my 3rd class do that course work. Then my 4th class doesn't have actual classes, just work. So I do that course's work. Then I start cleaning. Then I write. Then I cook. Then I clean more. I typically go to bed around 11 to midnight.

And when I don't have school OR work, (a rarity because I have to work on crap for school on the weekends too), I sleep in anywhere from 9 to noon. I get up and typically, I'll chill a bit and then I start cleaning. I'll make lunch and eat. Clean some more. Write a little bit. Then clean more. Just for the hell of it because I can get more writing done on these days, I stay up and write more and don't go to bed anywhere from 11 to 1.

Oh and while I do everything (except working at my actual job) I am also texting my boyfriend.

I have to somehow manage to fit showering, eating, and sleeping into my schedule. And I get 2 days off of work, typically one day "off" of school that I don't even fully get off.

5
2
0
Challenge
drafts
publish one of your drafts/unfinished pieces. please tag me so I can check out your writing!!!

Note: This is not finished

The night is dark and the wind causes goosebumps to rise on my flesh. A smile twitched at the corners of my mouth as a memory danced behind my eyes.

“Why do we get goosebumps?” Ty asked, curious about everything.

A smirk spread across my face. “We have tiny geese living under our skin and when we get cold, they think it’s winter so they try to break past our skin to fly south.”

Panic spread in his eyes, “Really?!”

Nodding, I watched to see if I’d taken it too far.

Ty smiled his big toothy smile before shouting, “Cool!” Then he ran off to tell his brother Griffon, who came to ask if it’s true.

For two weeks they believed it until their mother forced me to tell them it wasn’t true. I think they still believe it though...

Snapping out of my thoughts, I wear a friendly smile and walk to the door of my best friend’s house. Without knocking I walk in and find Mrs. Lynn and Mr. Taylor sitting on the couch. “Sup y’all, where’s your son?”

Mrs. Lynn smiled and replied, “Caleb is in his room.”

Without another word I raced to his room and ran into his room. And there on his bed, was a girl. Not just any girl, but my girl.

Caleb was sitting with her, kissing her. Too lost in the moment to realize I had come in.

Betrayal hit me like a line drive to the gut. My girl, my sweet Lilian was in my best friend’s room and they were kissing. He knew how I felt about her. He knew everything about my feelings and this is what I find?

“I don’t want to interrupt your heart felt moment but...”

I was once lost, wandering the earth aimlessly and reaching for a hand to hold.

A blindfold covered my eyes, my mouth was sewn shut, forbiding all my cries.

I stumbled alone through the forest, catching myself every time I should fall.

Creeping closer and closer to a pit, I was destined to fall.

And I did just that. I lost my footing and plummeted.

Down and down I fell, begging God to have mercy.

What I didn’t know, was, there you were waiting.

You waited for me to come to view,

And you caught me, held me tight,

And eventually, whispered, I’ve got you.

It was true, you did.

You had me there,

7
3
4
Challenge
Abyss
I just want to see where this goes. Take it anywhere. Write the first thing that comes to your mind at the sight of the word "Abyss". Fiction or non-fiction. Poetry or prose. Happy or sad. Winner decided by me, so don't forget to tag! @LexiCon. Thanks in advance for reading/entering! God bless you. <3

Stare in my hollow eyes,

Every breath I hold.

Look in the black hole,

That is my shell.

I’m not just an abyss,

Howls echo in my ears.

It seems so sudden, brand new,

But I’ve been this way for years.

I promise I’ll be better.

I’m a little under the weather.