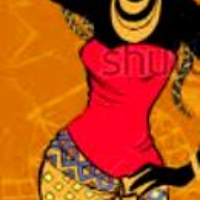 Follow
EnjeckCleo
I eat sarcasm for breakfast. Find me on Wattpad https://www.wattpad.com/user/EnjeckCleo
26 Posts • 99 Followers • 31 Following
Posts
Likes
Challenges
Books
Challenge
What's one thing you can say to correct someone that believes the earth is flat?
Let's be real here. The whole concept that the Earth is flat is utter bullshit, and people who actually believe this are idiots. We need to do some serious re-education in this country. Stand up and defend the truth!

"You're hot", I'd said, being flirtatiously figurative. My fingers literally burned when I dared to touch him.

7
2
4
Challenge
Write a fifteen-word piece with the title: "You know things are no longer normal when..."
make it silly, serious or dramatic. whatever you want!

You know things are no longer normal when...

People start minding their own businesses and stop being haters when you post stuff online.

13
0
1
Challenge
What is the most philosophical micropoetry you can write? (Try to relate to life)
All I want is a very philosophical view of life and the small things it teaches us....

If only I could have one wish;

Then I will attempt to push you

Farther away from my side.

8
2
1
Challenge
Break my Heart in 50 words.
In 50 words, write something that will break my heart.

If only I could have one wish;

Then I will attempt to push you

Farther away from my side.

8
2
1
Challenge
Once Upon a Time... This 15-word challenge is actually an 11-word challenge, because the first four words have to be: "Once upon a time"! (humor, as ever and always, is greatly appreciated!)

Once upon a time, there was a toothbrush that was scared to meet the teeth.

10
2
2
Challenge
Come up with a horrible title for a bad romantic comedy movie.

The humorous romantic tale of a boy and a girl.

God, it's so horrible. I know for sure I can't watch a movie with such a title. If the title of a movie has to proclaim that it's funny and romantic, then it probably isn't.

8
1
2
Challenge
How did your date with a mythological creature go last night?

Lisa could feel the Grim Reaper's eyes on her the whole time. She squirmed uncomfortably in her seat and forced herself to stomach the plate of bacon before her.

"After this, I want you to follow me to my place."

She jerked her head up rapidly, a fearful look crossing her eyes. "Uh...what?"

"You heard me," was Death's cool reply as he leaned back against his seat.

"But...that isn't our agreement. It was meant to be a date only."

Lisa was right. This arrangement was just an agreement. It happened two days ago when she walked in on Death trying to take the soul of her sick old mother. In an attempt to keep her mother alive, Death offered a deal--A date in exchange for her mother's life for a year.

Now, he was trying to take things further? No way. She didn't trust this man. There was no way she'll follow him.

He held his hand up. "Before you answer, I want you to know I have a reputation of exterminating those who are stubborn." He fingered the scythe in his hands for added effect. "So? What will it be? Will you come home with me after this?"

"Yes." Lisa said, making a mental note to carry weapon on her way there, however useless it may be.

It took me four hours to boil the meat.

And two more hours to dice the leek.

By the time I was done,

The visitors were all gone

And there was no one there to eat.

I always hated Bryan. He was one lousy f*cker; that one annoying neighbor we wish could just disappear. Ranging from his dress code to his voice was guaranteed to annoy me. Now that I'm chained in his basement, bruised and weak, doomed for more pain, I hate him even more.