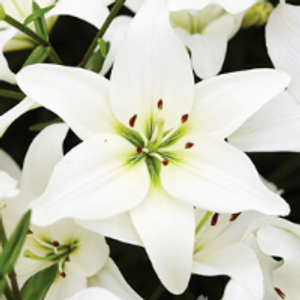 Starting Over At A New Church:

I should have been judged. I should have been pushed away. I'm a sinner, and yet they welcome me in with open arms and a love I've never experienced. They don't ask about my bumby past, or why I struggle to be as friendly. They are patient and kind, and it's allowed me to blossom.

I should have been judged

But instead I was showed the true love of Jesus Christ.

5
1
0
Challenge
What Are You Thankful For?

What I am thankful for...

My life. This life I am living. This life God has been gracious enough to bless me with.

When you are stuck in the middle of a battle, surrounded on all sides by the enemy, the battle is not lost. When you reach the place and fall to your knees, lifting your hands, and give it all to God, oh no, my dear, the battle isn't lost. It has just begun.

Looking around, it might be frigid, and you might be surrounded by a hoard of demons all chanting for your death. They are calling you defeated. They are calling you alone. They say you can't stand, that you aren't strong enough to hold your sword and fight. But 'defeat' is not your name. Your name is Redeemed. It's Blessed. You are held by the Master and guarded by His angles. You are a child of God. It doesn't matter how many demons surround you, because you, my dear, are surrounded by God.

Falling to your knees may seem too simple, and it may feel as though it changes nothing. But on your knees is where battles are waged. It makes the enemy tremble, because they know, "Oh, dear, oh, dear, that warrior just called for reinforcements!" The devil is a bluff, the flames he is shooting at you can't hurt you, they can't even touch you unless God says they can.

The devil's flames aren't hot. They are cold and bitter. You wanna know whose flame is hot? God's is. Call on His name and watch His fire fall. Watch It melt away everything the devil tried to do to you. Watch It melt your frozen heart. Watch It decimate the enemy. It's time we stop trying to fight the battle on our own and it's time to let the Fire fall.

The Holy Ghost isn't an emotion. It's a life Jesus Christ lives through the believer.

(Something I heard tonight in Church)

1
1
0
Challenge
Poems of the Fall
This is for those that aren't a fan of the horror genre. Halloween is set in fall, probably my favorite time of the year. So instead of writing a spooky poem, see if you can write a poem about fall. Write about what you love about this time of year.

If I were blind, I'd know it was fall because of the pumpkin spiced coffee. Its seasonal flavor bursts onto my tongue while hot, pumpkiny, and frothy.

Standing under the sky, I'd feel the painted leaves as they fell from their tree. I'd feel the autumn wind dancing on my skin, wild and free.

No, I wouldn't have to see to know the trees have shifted. Because clothes get snugglier, and all the limited coffees gets taste tested.

Religion is not what Jesus came to start. He came to have a relationship with you. He has something incredible for your life, an incredible purpose, you wouldn't be here unless He did.

Happy Sunday, y'all, and God bless :)

5
3
0
Challenge
Ask An Atheist Round 4
It's that time again. Today is national Ask An Atheist Day (well, technically it was yesterday but derpity-doo). So, you know the drill. I'm an atheist. Ask me anything. To my fellow atheists, please fill free to help answer any and all questions. This challenge isn't restricted to me to answer questions. This is an opportunity for all of us to learn one another. And I cannot stress this enough, please try to be respectful in your questions and comments. Thank you.

I hadn't been planning on entering your challenge, but I am a curious human.

What convinced you that God, or anything else dealing with spiritual beings and the such, were not real?

A woman wearing a long skirt and modest shirt walks into a store. After she gets to a certain aisle, another woman approaches her.

The approaching woman says, "Oh, honey, you don't have to dress like that to be a Christian."

The woman turns to her with a strange look on her face. "How did you know I was a Christian?"

My faith in God is not something I received from my parents, or my church. I believe and put my faith in God because I've experienced Him.