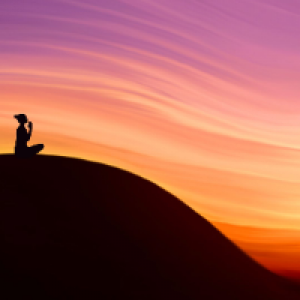 dctezcan in Stream of Consciousness
• 27 reads

a body losing to disease,

where I am from

the sand turned brown when the sun cursed it again,

I am not a curse, I am not fire full of desire,

I am burning hope born on sand molded to brown soil,

I am not a victim of change, I am the creator of change the change,

I was always divided,

into lands, languages, culture, timezones, don’t get me started,

conflict is my sibling, unwilling to agree to a point,

I was brought up rocking on a cradle called diversity,

my home is not where I come from but where my mind wanders on afternoon walks, trying to run away to from it,

but I am profanity, desolated from the world, I am where I belong, I am my own home unwilling to accept myself

the moon doesn’t tell you

the moon doesn't tell you to hide under a blanket

so that the monster doesn't grab your feet

after the night has dissolved to every corner of the sky

you look at the crescent wide awake among lies

roots crawl up your toes, caressing your knees,

you see it climb up parallel to your ribcage, all-around your neck

the moon doesn't stop you from worrying

because anxiety is moonlight reflecting in every part of your body

you will gasp for breath but you might as well drown

because the moon doesn't tell you to forget all it implied.

Diamond is a stone

Laying across the floor

Looking at the cracked concrete

Hustle holding me up

Diamond is a stone

Hope is a headache, I know

Light is positive, find light in the darkness

I am drowning in my ocean thoughts

and I found a letter called hope

In my dreams, I imagined a world where there is no hope

I waited for days

Then I wake up

Hope is still a headache

16
9
14
Challenge
Lol Im fanna get roasted
I prob should'nt get that a the title or i will sound rasict or some shit, whatev the fuck anyway, come up with a roast, whoevers roasts me best gets fried bad shoutout to a low life Prose user with only 60 fuckin followers at the time anyway i am gonna be able to tell if you try to find one online sooo.... whatev just fuckin roast me

The preparations for roasting you. (Actually burning you... psst that doesn’t mean you’re on fire)

I needed to attend the wonderful classes from where you learned writing. But I couldn’t learn how to write like you. Oh, maybe I think I entered the wrong class. I mean the ones which your bro attends.

Congrats for 63 followers. You bet your bro by your QuAliTy (written just like most of the title of your pieces) writing. Oh my goodness I just can’t get over your QuAliTy. It’s just beyond my comprehension. Or maybe beyond HOMO SAPIENS UNDERSTANDING.

My fingers hurt. After scrolling through till I find a proper piece. But unfortunately, I couldn’t. My bad. Till then I am seeing all your QuAliTy content. I guess you forgot something. You call it grammar.

HAPPY BIRTHDAY! How was your birthday last week? It’s been 30 years since you are enlightening the world with your QuAliTy writings.

I had to take a painkiller after seeing your profile picture. I mean so many colors on one screen kinda gives me a headache. I hope you could use these colors in your writing. To increase its QuAliTy.

I thought how rude would it be to hurt you but then I remembered it’s raining goats here. Best usernames in the world. *Readers, please applaud*

How do you feel after this challenge? Did you achieve your aim of getting followers *coughs* popularity *coughs*?

I am sorry if I was rude and please don’t roast me back, I AM ALLERGIC TO IT.

I believe in revenge

My heart asunder, tears flowing with the vermilion agony

Dear stranger, you took away my heaven and brought hell,

I hope I bring you the worst of hell too.

Karma is an endless chain

I believe in revenge, Pain for pain

Cacophony of screams vibrating in my ears,

Syncs with my screeches, tears flowing with vermillion agony

Dear stranger, I want to hear your screams which are mellifluous to me

I believe in revenge

Dear stranger, I am silent before the calamity

Karma will reach you.

Vermillion stands for traditional sindoor which is red orange powder put as a cosmetic. Indian women's use it as a sign for their marriage. When the sindoor is smudged off or wiped it indicates the women has lost her husband.

Serenity sweeping into my retina. A Whirlpool of amber dust along with blissful light falls upon the glass window. Gently touching my skin dust accompanied by sweet wind. Orange blending in with the purple sky. Naughty particles play and irritate my eyes. Sunsets on a warm dust storm day...Well, Octobers are spooky and dusty.

There’s good with everything bad.

I live inside my own world of make-believe

Lies are like a warm blanket, tea of satisfaction, quenching my thirst

Lies are my humble abode and consolation to my insecurities

Honestly, I have been taught to lie

Lie to the world

Even lie to myself

Lies are like a song on repeat, you memorize it and thinks its a reality

Lies are a feeling.

It's my response to expectations of the society

It's my umbrella to survive the rain

It's my boat when I am sinking

It's not a sin, nor am I a habitual liar

IT'S ALL A LIE

i have tasted pain

ending the meal of the day with bitter painful dish

dipping my hand into sea of lachrymal

wrinkled & pickled just like they are after washing dishes

touching the tip of my tongue with sorrow dip hands

with effervescence bouncing on my tongue

pain is tongue's ex who it couldn't get over

slowly gulping down my throat

i have tasted the stars and the rainbow

yet scarlet pain is glued on the tongue

can't get rid of it

Stoking her horse's mane flew back into her face as they galloped, flying faster than the dry wind. She slowed to a stop in front of a cottage. She was welcomed by the grey trails leaving the old fragile chimney. A little woman, called Aimée blonde wavy hair with tear scattering like small river tributaries, channeling the repugnant soot on her face immerged from smoke ribbons. Getting down from the horse, Adelaide, a young woman with pink scars lying fresh against her limestone skin.

She rushed towards the bag and handed it to the Aimée. Aimée trembled and said "Your Highness! I shall forever be grateful to you. My children are dying of hunger.” Rubbing her blurry eyes, she saw traces of scarlet on Adelaide’s hand. Her facial expressions changed with concern.

Adelaide replied, "We are all born from the same dust that we shall return to. Dust will heal it."

Aimée insisted her to layover for a while.

"Aimée I have to leave. They are following me." Adelaide’s voice was distressed.

With pain and adore in her eyes, Aimée headed towards her cottage.

She urged her horse on, too hurried to mind the inertia.

Dennis, the owner of the bakery followed her. With a hoarse voice, he yelled, “Girl you have burnt the manorial dews lists and looted my shop.”

Tightening her neck, Adelaide glowered, "Everyone is dying. Bread is a necessary item. How dare you hoard the supplies. I can't breathe in silence until every stomach is full.”

She paced her horse and disappeared into the trees embarkment.

After changing into a fresh pair of clothes and dressing her wounds, she continued writing her book. A knock on the door alarmed her. Her reflex action was to hide her book into the camouflage cabinet made by engraving her drawer. Hearing her brother, Jermaine’s voice reverberated, it was a sign of relief.

Jermaine gave a detail of the Estate General Assembly. “The third estate had to stand in the back. We tried to give all your letters but unfortunately failed. Adelaide, our people are suffering. I am in support of women’s rights, but other men are toxic about it. Also, the third estate is boring for taxes. People are hollow now.” Jermaine’s tone was mournful.

Adelaide sighed. “This time it’s bone-chilling. Our people are in a blanket of hunger and poverty, winter’s drought is grasping their souls. The nobility doesn’t care about dying people. Women are standing in lines, hungry, just in hope of one bread to feed their kids. And….. she stuttered but taking in a breath she continued, “ When there is unjust turmoil turns into revolution, Revolution for rights. Equal rights.”

Shivering yet gathering courage he rubbed Adelaide’s bleeding hands. “I am with you. I have enlightened you with wisdom and gift of knowledge, it’s greatest in the world. We both should leave to fight.” He broke down into tears. Adelaide patted his shoulders and encouraged him to get up.

After Jermaine left, the book was hidden beneath her dress. Adelaide got onto the horse and with the speed of fire, she rode. Fierce fire spreading all over the place, people agitating, rivers of scarlet draining down the horseshoe.

As far as her eye could reach, women were waiting in serpentine lines in front of the bakery. She thundered into the shops, breaking the lines. Swiftly grabbing the bread she headed out of the shop. Generously distributed it among long lines. Keeping aside a loaf of bread in her bag, she headed towards Aimée.

This time she wasn’t welcomed with smoke ribbons, instead of her ears caught high pitched wave of wailing in the air. Jerking her feet of the horse she rushed into the cottage.

Aimée laid on her knees weeping Aimée’s throat was dried and swallowing the lump she saw Adelaide. “My husband left me for another woman. He thinks women don’t deserve to be educated.” Tightening her neck muscles she said, “Women should work and take care of kids. They don’t have freedom. Are these mere boundaries of womanhood?”

Adelaide was thunderstruck. “Women are born with a spark in their hearts, with the knowledge it lightens to fire which she delicately spreads into the society. Till when will this society live under black clouds of ignorance.” Despite the wetness on the brim of her eyes, she said “We are born to be strong. You can live on your own. I am with you.” Reaching for her book Adelaide handed it safely along with food to Aimée. “ I am going to fight. Jermaine is there to help others. Now it’s my turn. God forbids if my life comes to an end then please read this book, spread it, and remember me.”

Adelaide journeyed through a path of thorns. Laying the first stones of a great revolution she left her soul to a new world. She struck the blow that broke the ice, and Aimée followed her lead on the road to a new start. Adelaide’s book was published. Each page of the book had inspirational stories of women who struggled with work and the stereotypical situation. She became a renowned author. Over months before her demise, Adelaide taught Aimée to read and write. On the end page of her book was a note.

I wasn’t able to confess when I was in flesh and blood. But, je t'aime. I have feared oblivion. I wished to be remembered and my work is the impression of my existence. The book about révolution is proof of my contribution to world history.

Jermaine- a French name for brother