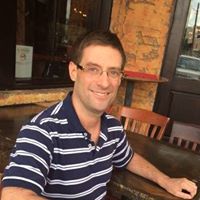 Follow
eMan
Searching for my muse again, though it loves to tease me. Come write with me. Together we'll break the gate!
245 Posts • 232 Followers • 192 Following
Posts
Likes
Challenges
Books

If you want to censor what other people say, you got problems, dude.

24
7
9
Challenge
Challenge of the Month XVI: July
World Stage. You have the entire world's attention and can say no more than 1,500 words. What say you? Fiction or non-fiction, poetry or Prose. $100 purse to our favorite entry. Outstanding entries will be shared with our publishing partners.

I was going through the NEWS feed last night, I stumbled upon a NEWS thread that made me angry. It read, and I quote, “Elon Musk is now richer than Warren Buffet.”

Reasons being, Warren donated 10 billion dollars to charity while, Tesla motors profit rose to significant amount. Since Elon owns 28 percent of Tesla Motors shares, he gets a huge slice. Here I’m in a remote town in Lagos state, Nigeria troubling my already broke relatives for sustenance. The Nigeria government cannot afford to send its citizens relief funds, but, lots of wealthy people are donating to different causes and some are making crazy profits. Here I’m without food.

My mother as gambled our living quarters. She received down payment to relocate from our current location to another, unfailingly, by the end of december this year. The location she intends to move to is currently occupied by another family. Due to the increasing entropy of the economy, It would be financially unwise to be looking for a new apartment anytime soon. The poor are getting richly poor and the rich are getting poorly rich.

If by happenstance, the super rich came togehter to create an account to donate a significant portion of their profits in the fourth quarter of this year, instead of gifting the donation to the leaders of the countries in need, they gift it to the banks that houses the bank account details of every citizen of said country. The banks in turn will distribute the money to its citizens. When I looked close enough at my needs, it boils down to food, power supply and WiFi. Is that too much to ask? The reality of it all is that, rich people can’t go less rich even if they wanted to, because, it will affect the banks already enjoying the benefits of their fat accounts and in turn will affect the citizens of the country where those riches resides. It all trickles down to the developing countries whom are already broke. For example, Mr A is super rich and he decides to cash out on his investment in a multi-billion dollar company which worth half the company. No bank will be happy with that, because, the company will have to let go of some workers, the day to day output will reduce, that company will have to settle for less profit by increasing the price of the commodity they produce. Developing countries have demands for those commodities. We’ll have to pay more for said commodity. Its like not donating to the affected countries is saving us, but, we are affected. So the chances are, if I’m given today I’ll go hungry tomorrow. The trend goes back and forth.

A few weeks back, University of Lagos became the first Sub-saharan African university to purchase robots that will fight COVID-19. All the pictures I saw trending on social media where taken in the school’s main library. In the hostel where I reside, Jaja hall, in my room we are 25. This is a room meant for 10 students. How will that robot fight the hostel congestion that obviously seems to be the plantation that boost the spread of the virus. If the school authority decides to stop all the students that are not bonafide members of the hostel from entering the hostel. The queue for shuttle bus will increase, lots of students will be late for classes and most of all, they would become vulnerableand easily manipulated to join social vices.

In otherwords, the reserve the school was supposed to use to build more hostels as gone into the pocket of the rich and left us richly poorer than we were before.

It would be wrong if I fail to acknowledge that SpaceX as taken a little step forward in the direction of space domination. All the tax paying dollars was put to good use. That money did not all come from American soil. Different international expexts and the raw materials from developing countries altogether found it way to establish that little step. But, his dream is bound to fail if the rest of the world is in chaos. There might not be a clear line as to how this issue can be solved. Why are we humans if we don’t try?

16
3
6
Challenge
Difference Between Hoping Dreaming Wanting and Expecting
What, in your opinion, is the difference? Convey it in any way you like in under a thousand words.

My parents always had high hopes for my future.

They told me I could be great.

They said I could spread my wings and fly,

Because they had high hopes for me.

I had dreams for my future.

I dreamed I could be anything

In reality I just wanted to be something.

My parents expected me to know what I wanted.

They raised me to dream…

But did they let me hope too much?

I wanted so much and dreamed of even more.

Now I’m stuck with my reality,

Wanting, hoping, and expecting my dreams to be out of reach.

8
4
1
Challenge
Poetry through the ages
These words should be involved in your poem; 'cherry' and 'lemon'. Could be either on nature or just a love poem (any ties). Make it within 50 words, short and crisp! Tag me please.

O how she loved the taste

Of the lemon & cherry

She took a few spoons

The ice cream was divine

He leaned closer to her

She turned to look in his eyes

Her cup of ice cream

Was soon whisked away

then gave her a kiss~

She cloaks herself in death’s sweet kiss,

comforting herself in black velvet and sandalwood to camouflage decay.

blessed by self-made herbs and potions

coveted closely in a former life.

hiding rot that festers deep inside.

stained with a soul that has soured over decades,

one that filled those who would fall for banshee’s call,

with falsehoods of a putrid kind.

once mastered the art

lapping hungrily at the doorway

a sorceress’s bride will surprise,

and snatch your soul from your quaking lips;

Equip a shovel at your side.

so it’s wise to away hurried.

my stomach unaware of

into swells of blood and tears.

It is the labyrinth of bones and teeth

my chest easing into

and heart to ground,

I am lifted in knowledge.

The owls perched on my shoulders

kiss my cheeks with gift of wise.

I do not want.

I do not need.

Exhalations expel you out.

Letting go is all ease.

the day chooses which

will possess me tonight.

6
2
4
Challenge
I to You
Come up with a fifteen-word story that starts with I and ends with YOU! Be sure to tag ME! @lexicon

I will tell them your weaknesses, your tricks. No one else should suffer by you.

18
5
3
Challenge
Use 15 Words
Use only 15 words to describe how you're feeling right now. Tag me in the comments!

I am feeling like an empty salt shaker and the pepper grinder can't stop laughing.

10
3
5
Challenge
Challenge of the Month X: October
The Final Countdown. You wake up one morning, to a disturbing message. You're not sure how you know, or who else knows, but you know beyond a shadow of a doubt - humanity has 7 days left. Fiction or non-fiction, poetry or Prose. $100 purse to our favorite entry. Outstanding entries will be shared with our publishing partners.

The first morning she heaved – oceans of garbage flooded beaches like tourists, never resting until the seas were emptied of every human relic ever tossed off a ship, every wine cork long forgotten after empty smiles and shallow promises, every distorted piece of plastic that brought momentary ease, fleeting joy, or a bit of convenience- then she sighed.

My dog barked seven times that day. No more, no less.

I hoped it was over, but then came the second morning. A guttural cough rumbled under my feet, and the world erupted. Every dormant volcano came alive with fire, and steam, and spirals of smoke. The seas began to boil and rage and roar, and then I feared it was the end. But it wasn’t. The earth sighed a second time.

My dog barked six times that day. No more, no less.

The third morning, the earth burbled and burped until every human corpse was lifted from its resting place. On land, they rolled out of the ground onto perfectly landscaped yards and gardens and ruined the mood for many a party. This one felt personal. My old dog was buried in the back. His resting place lay undisturbed while bloated bodies bobbed alongside buoys in oceans, and lakes, and rivers, and oh, what a stink! That night she sighed again, and I thought I heard mirth in the sound of it.

Five barks from my dog that day. No more, no less.

The fourth morning the earth groaned and the ground ruptured and fractured – consuming governments, and swallowing civilizations, and splitting countries, and families, and even hairs. Well, I only guessed that last part. Then the earth sighed a fourth time.

My dog barked four times after I fetched her out of the rubble. No more, no less.

The fifth morning the earth sang – through warbling birds and whistling trees, through the bellows of whales and the humming of bees – and it was beautiful! The song was full of hope and new beginnings. But many could not hear her song, though the sound was deafening. Men cleaved to their old ways, licking honey from thorns that split their tongues and numbed their senses, and the poison – oh the poison! Millions died because of it, and it seeped back into the earth. That night the earth was silent. Perhaps she was thinking. The quiet unnerved me as I bolted my doors, listening for earth’s song but only hearing the sounds of booted men patrolling streets, and cocking guns, and shuttered blinds, and whirring blades from aircraft overhead. Finally, the earth sighed a weary sigh.

I awoke the sixth morning with a start as the earth shrieked. I covered my ears, and my cheeks flushed with heat at the pain in her voice. Her cries were desperate. They were horrifying. They were accusing. And they were powerful. Earth’s protective ozone shattered, and my skin blistered and cracked under the heat of the sun. I barricaded myself in the cellar as the top of my roof melted away into nothing. As night fell, the earth sighed a sixth time.

My dog barked twice. No more, no less.

I knew the seventh morning was our last, for the earth laughed. It was bitter and full of sorrow. It summoned the heavens forward, and they came. Meteors, and floating ice, and blazing stars struck the earth so violently they sent chunks of her spinning, spinning everywhere. They ripped her clothes and tore her flesh, but her response was laughter. Crazed, terrifying laughter. And then she sighed. Our beautiful, broken earth sighed. One final, mournful, dreadful sigh.

My dog barked once that morning. Now she lay mute in my lap as I pet her. I know she has no more barks for me. I close my eyes and take one last breath.

No more, no less.