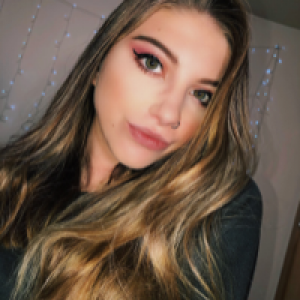 there are times when you forget.

there is much you forget but this especially, the way paper can fold

between your fingers, crackling along false seams.

it yields. small shapes and perfect angles, just how you asked for it.

the truth is that you don’t even need to see the way the sticky note bends anymore;

there is trust between the two of you, unspoken agreements about ancient arts,

and in the end it all comes down to this:

you fold your friend a crane and she gives you back a dove.

13
5
1
Challenge
we match
that's all, folks. write something using this as inspiration. tag me!

whats your name i ask

he looks at me and laughs

we bike along the river

two kids on a mission

we stop at a bench and he looks over

“how come you dont have laces”

“they didn’t keep me grounded”

he laughs and said “me too”

its been years since then

we became best friends and talk every day

i smile at the memory and look down

where the tattoo is

the one we both got, together

that day we met

on the top of our feet

wrapped around our foot, tied

it has kept us grounded ever since

8
3
4
Challenge
The Invisible Man hits theaters soon. Write something about the horrors of someone or something being invisible.
“Great and strange ideas transcending experience often have less effect upon men and women than smaller, more tangible considerations.” H.G. Wells, The Invisible Man

The Vain Curse of Invisibility

I don’t remember the exact day I discovered I could switch from invisible and visible. Just the day when I couldn’t anymore. The day I permanently became stuck like this. Invisible.

At first, I had my fun with it. You know, the classics: tugging at hair, scaring people, misplacing their possessions. But pretty soon, I got bored with that and people started to notice that I was missing.

Meanwhile, my parents were in Hawaii or Fiji or whatever topical paradize they picked out this time with their phones on silent. Honestly, their phones could have been on full ringer and I still wouldn’t expect them to pick up for me. I’ve always been invisible to them. Ironic, huh?

Since I wasn’t going to work--or my boss couldn’t see me there, at least--I lost my job. Lost my apartment too. Now, I camp out in the soggy corner of my brother’s apartment in silence. One tired evening I slipped in with him and have been hiding out ever since.

I know what you’re thinking: why don’t you talk to someone? Explain that you’re still there?

And to answer your question, around the end of week one of staying at my brother’s apartment, I broke my vow of silence. Then, I pretty much talked to him nonstop--until he was involuntarily sent to the physciatric ward of the hospital for hearing voices. It was hard to follow him in there. What, with all the fancy keycards and whatnot. I don’t talk to anyone but myself now.

He’s been gone for a few weeks now. For some reason, he can’t seem to convince the staff that he’s actually sane--though, I guess everyone in that building is trying the exact same. The apartment seems too big without him. My brother doesn’t have any pets or plants, so no one stops by. I’d leave the place myself, but then I’d be condemned to living life locked out. Completely abandoned and alone. So, for now, I’m gonna stick to eating his expired canned foods after I went through everything in his fridge.

It took a long time, but there was something my brother was able to get discharged long enough to attend. My funeral. Despite having enough money to go to Paris five times a year, my parents ‘splurged’ for a petite funeral for their only daughter. The service lasted exactly one hour and that was it. It was already over.

The crowd dispersed, but I stayed, looming over my new gravestone. It had my name engraved on it. Right there. Right above the fresh mound of dirt covering an empty coffin. My foot sunk into the fresh dirt. I suppose this is better than being buried alive. But, I still bit my tongue to keep from screaming.

My brother wasn’t readmitted to the mental hospital. I didn’t sneak back into his apartment and drive him insane again. Instead, I stayed at the graveyard. I sat by my stone and watched as my stone slowly blended into the sea of death around me like I blended into the background of everyone else.

What’s to be expected, honestly? I did nothing about it. Nothing but curl up next to the freezing chill of the stone and wait for it to become warmer than my flesh as a soft hunger consumed my stomach. And wait. And wait. And wait.

No byg deel, lets just laye back wher no one can c mee, etcetera.

its lyke the pytch that i creeayte when iam scared, etcetera.

y do thei tawk so lowdli? or maybee it is normel, etcetera.

No honey, all the sad places, just looked happy, etcetera.

Don’t worry, I don’t like it, but it’s real and it breathes; etcetera.

Don’t cry, we still love you,

What people don't know is monsters never start out as monsters. We start out innocent and trusting until we become corrupt. No one wants to be a monster but sometimes it's the only way to protect ourselves from people who have so much to say. We turn into to monsters after we've been beaten and burned by the people who we trusted to be with us through every turn. We don't simply become monsters because we think it will be fun... No we become monsters because in the end we have no one. To be honest we're not monsters we're just kids who want to be loved.

5
3
0
Challenge
See the world through an animal's eyes.
Entertain me. #entertainme hashtagentertainme

The woman opens the balcony door and asks if I would like to go outside, but I don't like the noises, or how the sun scorches the carpet, or the smells which rise—smells like hot metal, flowers, petrol, mold, grass, rubber, sweat, and the wildcoats of animals. Into rich, odorous clothes I hide, or the crevice between the washer/dryer, or behind the box of Aquafinas in the pantry (I have long learned how to open the cabinet with a single claw). Why would they think I want to be a part of the world out there? Even my owners send me scurrying with their thunderous soles and blundering bodies and voices mean as dropped books (that is, when they're speaking to each other—they reserve sweet, strained noises for me). If I'm feeling brave (so rare, so rare) I might tiptoe across the balcony and look from the rail and tempt myself to go down. Sometimes I see cats slinking by blue wheels. They're not startled by the angry breaths of cars, but they hiss if a human comes close. The smells of these cats scare me most—smells of musk and might, of freedom and poetry.

13
2
0
Challenge
Last Christmas, Mark Zuckerberg posted of Facebook “Merry Christmas and Happy Hanukkah from Priscilla, Max, Beast and me,” he wrote, naming his wife, daughter and dog. Then a commenter asked him: Aren’t you an atheist? Zuckerberg identified himself as an atheist for years, but last Christmas he wrote back: “No. I was raised Jewish and then I went through a period where I questioned things, but now I believe religion is very important.” What happened...in 30-300 words...and style

Mark Zuckerberg was jogging on the sidewalk one day, when a white van pulled up next to him. Men in white suits and white ski masks jumped out, covered his face with a cloth soaked in chloroform, and he fell asleep.

The screen showd various images- it would show grotesque scenes of disease, rotting corpses, and violence while a gentile femele voice says the word "athiesm". It would also show beautiful pictures of butterflies, meddows full of flowers, and happy children playing with puppies and kittens. Durring those scenes the woman's voice would say "religion".

They untied him from the chair, and removed the restrictive devices. They put a wig on his head exactly like his previous hair style, and then dropped him off in an aley behind a Pizza parlor not far from his home.

Poem of an Arsonist

I lit your house on fire

30
6
15
Challenge
Continuing studies show that when asked 94% of people self-report as being above average. As this is statistically impossible, explain this phenomena. No rhyming.

Please remember that as you nod along to the above statement, you are also a person, and therefore are a hypocrite. I have now successfully angered a good 94% of my readers.

Perhaps I should explain. Most people are good at rationalization. Everyone has so much information to process, it's overwhelming. So your brain takes shortcuts, and puts things into boxes. The very first box most people have is me vs. everyone else.

Painful as it can be to admit, human tendency is to notice the good in the "me" box and the bad in the "everyone else" box. After all, we know every detail in our thoughts, background, personality that lead to our mistakes. We also don't feel the pain that our carelessness and petty spite inflict. But when someone else screws up or hurts us, we tend to assume that they must not be as good as us since we don't know their thoughts, background, and personality. Or maybe we just don't feel compelled to make excuses for them like we do for ourselves.

Plus, we are our own benchmarks. If we don't know anyone who cooks, say, pie as well as we do, we assume we are an above-average cook. It doesn't matter if there are plenty of people we don't know who are better cooks. As long as we're the biggest fish in the pond, we're better. And people who are better? Well, they're either try-hards or they're the best of the best, but that doesn't keep us from being better than most people. You know, in the things that matter.

Patently absurd as this kind of thinking is, it's something we all do without thinking about it. Can we recognize it? Remedy it? Change? Yes, and some people are better than others at it. I'd say I'm above average-- oops.