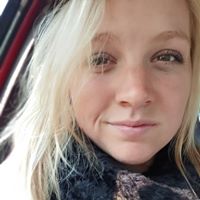 Follow
CatSchooley
Mastery is an illusion. There is no end to what you can do.
96 Posts • 155 Followers • 8 Following
Posts
Likes
Challenges
Books

And after all is said and done

I see now what I couldn’t see then

And with that I am free

And it is beautiful

Because everything will be okay

My sister's shirt lifts up

Stuck between your lips

Brown is too in the middle to die

A home for earthworms

Blue nightlights show me you

I tell you I study photosynthesis when I am weak,

oh, how beautiful life must be to live with

no need for everyone else but still sustain yourself,

& here I am, decades old, rambling to you

who refuses to care for me, who I want to be,

are you listening, I envy robots, how they can process anything

without crying, feed them your worst sadness,

they won’t grieve, & don’t you want that, to live

a life without ache, or is the ache what makes us

not human but faithful, because we must believe

the ache breaks us for good reason, do you hear me, or else

there is no point in living, or there is a point,

but the point is sharp & ungodly, do you hear me,

rewind and it was a date, a stupid date, and Mark was here now, below, like a dimmed light angel that she lost

New York was where people reinvented themselves, and Beths guess was Mark had not always been a stockbroker

dinner, talk, laughs and smiles, walking along a street, and then the circuit cut in a dark piece of urban grave

this...thing....emerged from a sallow indent and confronted them, pointing a knife at Beth, and she stepped back

give me your money bitch, this animal said in a snarl that formed words, and Mark had simply said to this attacker, in his tailored suit, and tailored shoes

you want to dance?, pulling a blade, and holding the knife down like in the movies Beth had seen and

Mark, lovely Mark waved the knife back and forth like someone practiced, my God Beth had thought

the attacker grinned and came at Mark in a sweep with his knife, and Mark stepped back but not fast enough

and like a razor the knife sliced his shirt open, and a deep red bloomed on the cotton and Mark looked down in shock

before falling to the concrete, saying to Beth im sorry, while the freak out of the dark died choking

and Beth had asked Marks Mom, many times, where he had learnt to fight with a knife, at the funeral, and other times

but Marks mom would just look confused at the question, so Beth gave up eventually and tried to move on

though his grave called on Valentines Day, because the man had saved her life.

5
1
1
Challenge
How does one balance between acknowledging their insignificance in the world and empowering the uniqueness of humanity?

I know what I am

until they don’t, and

can only clasp the bark

leaf falls to earth atop

and will again next year

from the same dimple on

where no one sees.

will ever touch your palm.

28
8
3
Challenge
One Thing To Pass On
Write some important advice. Maybe it's something that you wish someone had told you, or something that someone told you but you didn't listen, or maybe it's just something important that you have learned. Whatever it is, write it here.

A thing is but

How it is received.

Take care of how

To be calm is not

This man used to control two draught horses walking behind a plough, one in each arm in a summer drought

This man fought like hell and cried at the drop of a hat the same, could sing like an Irish angel, and dance like the devil

This man asked me to roll smokes for him when i was a kid, and got his quarter, such as it was

This man was so small in the coffin, and when we carried him, he was so light, and i couldnt touch him,he was beyond what i knew

This man, i loved this man, my grandfather, he was a man and perhaps that is enough.

6
5
2
Challenge
One Thing To Pass On
Write some important advice. Maybe it's something that you wish someone had told you, or something that someone told you but you didn't listen, or maybe it's just something important that you have learned. Whatever it is, write it here.

There are things, most things worth learning, that you have to figure out for yourself. I've learned, maybe it takes a village - but if you're not living your life for who you really are, there is no point in anyone having any part of you at all.

People pulled me aside. You look like you're on speed. I ate bowls of ice cream, cake, you get it, to appease them. But inside, I was losing important neuron connections. It wasn't just about appearance anymore. Cortisol pumped through me, which I later learned changes your brain. I couldn't, and wouldn't take their advice. I had to be pure.

And I still suffer for it.

My brain on good days is still wired badly. I have spent a decade putting the pieces back together. You must understand that rehab, constant, grueling rehab, takes away a part of yourself you had taken for granted; you lose touch with definitions that you had previously used freely. Definitions of being.

If you're reading this far, please understand that hating yourself changes you. Not just psychologically - chemically. Even if you're not really taking speed.

I look at fashion models now and know the value of a good slice of cake.

Know that your body is whole as it is.

This is the last time she said, as we parked by shadowed trees in night by brick cemetery wall

and why does it have to be the last time, when i would walk barefoot on icy tundra for you

or walk hot coals the same and oh this is a gift she says, then lets go and over wall so easy in the dark

and looming marble angels over graves, with urns holding dead flowers then this one she says

and i would have followed her anywhere, even here.

8
3
2
Challenge
Your response to “make me a sandwich”

I will not deny it - I knew it was love when she finished her fries, licked her fingers, and said, “My safe word is Miracle Whip - are you getting the check, or am I?”

Twenty years later, we snuggle and laugh as the outtakes of Melissa McCarthy and her husband roll during the credits of “Bridesmaids.” I’m not saying I’m into food sex all that much, but when I say, “Make me a sandwhich, please.” my wife sternly, gleefully, takes my hand - and she leads me to the bedroom, not the kitchen.