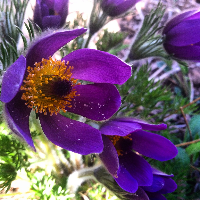 Follow
InvisibleWriter
Write to remember what you might otherwise forget
157 Posts • 57 Followers • 49 Following
Posts
Likes
Challenges
Books
Challenge
Challenge of the Month XXXIII
Write your own version of Hansel and Gretel, your own twist. Make it street, make it a long poem, a short story, make it comical or horriffying. Make it yours. First place gets $100 in cold cash.

and father thought it fair

so they left us in the forest

back to our mother‘s care

she led us to a cottage

built of sugar and of stone

the town called her a witch

but she was really just alone

Hansel, Gretel, Mother together once again

but as we started growing

we knew that mother loved us

but the forest caged us in

and so we started fighting, kicking at the walls

and so out we went

back to town we returned

but they called it an escape

and the witch, they said would burn

and all of our pleading fell on deaf ears

blind eyes to the safety that we had for years

disbelief that it was father who left us behind

dooming instead, our mother to die

And that’s how it ended, in tears and cruel laughter

InvisibleWriter in Stream of Consciousness
• 5 reads

in sleep, there is secrets

when giggles and conversation would turn into languid slow blinks of sleep, another failed attempt to catch Santa in his act

and ignore the footsteps I can hear outside my bedroom, Santa no longer waiting for sleep to take us, just for our doors to close

the secret is unspoken, unmentioned

it hides in knowing glances and subtle questions, in tradition and memories

I still wait for Santa

but Santa no longer has to wait for me

2
2
1
Challenge
Thanksgiving Dinner
I wish I may, I you write; tell me what's going to be on your plate Thanksgiving night.

Alongside the passing dishes, the casserole, the pie

My plate holds missing memories, of stress, of grief, of sighs

Perfect porcelain china that we see just once a year

Pretty decorations that hide both pride and tears

My plate holds conversations of loosened family ties, of people that we once held dear, and now have to leave behind

I balance my politeness like the food groups on my plate

But on top of everything I add a little grace

because even despite it all, my plate is giving thanks

0
0
0
Challenge
Holiday Word Play
Poetry Only. Use the following words - BUT THE CONTENT OF YOU POEM CANNOT REFER TO THE HOLIDAY SEASON IN ANY WAY - star, cane, virgin, tree, present, carol, tinsel, lights, birth, and cranberry in all forms of these words. Extra Points for brevity.

your cranberry lips give birth to sickly sweet sugarcane dreams

pretending to be wishes on stars, to be the life in the trees

2
1
1
Challenge
Pen to the Paper 26
Season Three of Pen to the Paper is coming in full swing! Write a story, poem, stream of conscious... anything under the sun! No restrictions. The challenge? Oh, yeah, there is a restriction. You have to write it without planning. I know. It's horrifying. Looking forward to seeing what you guys write! There are no draft restrictions.

out of her box

Hope is a pretty ruler

she's got your heart in lock grip

you're kneeling at the table

you're begging for the scraps

you've moved away from storybooks

ripped up and off the page

Hope gave herself an upgrade

that trapped you inside a cage

1
0
0
Challenge
Five Sentence Freakout!
The point of this challenge is to write a strictly five sentence horror/thriller story with your first sentence being: “Four minutes in and I knew I had made a colossal mistake.” Notice: The sentence prompt count as your FIRST sentence, meaning you will write 4 more to complete the five-sentence-freakout. (Blatant run-on sentences will be a negative grade when judging these). Have fun and Happy Halloween!

Four minutes in and I knew I had made a colossal mistake. The “I love you” slipped from your tongue, the words a cold, dead anchor on my heart. You were falling too far, too fast- pulling me into your current at breakneck speeds. Love is supposed to be buoyant and beautiful. But in yours, I am drowning, and I don’t think I can call that love.

4
0
0
Challenge
Not What It Seems...
In a short, not more than 50 words, start with something that seems beautiful but surprises us, or perhaps begin with something that seems sinister and turns out to be quite lovely. However you'd like to go. See my example if you need a hint, but feel free to take the prompt as you wish! God bless and much success! PLEASE tag me @LexiCon in the comments after you've finished your piece). It's been a while since I've hosted a challenge (and really interacted much with the site in general) I pray you've all been well! Much love.

we were long text conversations and contemplative words

in between memories and sappy pick-up lines

over and over again

defensive words from a bitter tongue

hiding behind that sugar-sweet smile

2
0
2
Challenge
The Phone Voice
Everyone has a "Phone Voice." It is usually higher and kinder sounding then there normal voice. Tell me what someone is hiding while they use the Phone Voice. Please tag me @Rosemariethorn

one slow blink of closed eyes

my shoulders rise up in time with my breath

one heavy sigh, one slow blink of closed eyes

No stress, no nerves, no worries

No anger, no tears, no pain

hidden in the calm, consistent murmur of my voice on the phone

emotions straining it to a slightly higher pitch, a slightly smoother tone

desperate to break through, break down, break me

hiding from the voices on the other side of the line

hiding from the thoughts yelling at me from the inside

but I allow one heavy sigh, one slow blink of closed eyes

0
0
1
Challenge
How Important is Soccer?
Bill Shankly, manager of Liverpool Football Club once famously said, "Football's not a matter of life and death, it's more important than that." Can that true and what does it even mean?

my knowledge of soccer is of dribbling and David Beckham

Listen to you rant about the penalty in the third quarter

and all the words translate in my head to tell me that you’re talking about sports, about something I don‘t understand

But you listen to my questions

about teams and plays and rules

over and over again

every time we watch a game

and that’s worth more than winning to me

1
0
0
Challenge
Insomniac Jots
A paltry spot to place one of those niggling tidbits which came un-asked-for in the dead of night. Fiction, non fiction, poetry, prose, self, contradiction... Anything goes.

you surround me with big words

not long, but existential

slipping out love without worry

future sitting on the tip of your tongue

forever resting on your lips

and I exist in the in-between

in pauses and short words

because I'm terrified that I'm going to break another heart

of another boy who falls too far, too fast

of a boy giving out words that I'm not ready for

that I don't know when I'm going to be ready for