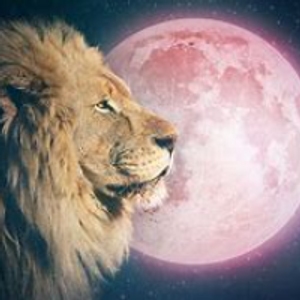 After More Than Two Months...

It was a dark and stormy night, though only for Ivor. He was walking home now, after another long, boring day of work; he had spent the day staring at a screen, pen in hand, waiting for inspiration to strike him like a lightning bolt. Ivor would say that the three lines he had drawn made the day a success, considering that he often struggled to even get out of bed. Ivor looked uncomfortable now. The path that he was taking happened to include a group of older teenagers, all wearing college sweatshirts. This unfortunately reminded him of his torturous college days, a dark time indeed. The teenagers gave him a wide berth, almost as if they could see the dark cloud above him, chasing away any signs of a positive emotion.

A cage of sugar,

I thought I knew myself,

I find something new,

I try to reach,

When will it end?

"I--I-I don't understand. Where are you going?" The desperation is practically coming off of me in waves.

"How many times do I have to tell you? When are you going to understand?"

A pause of silence.

My sister leaves today, moving far, far away to where she'll never have to see us ever again.

Her room is bare, save for the few clothes that she wore yesterday. Her room is just as it was before, a small brown wooden dresser up against the right wall, her thin mattress of a bed supported by the left wall and gone are her many K-Pop posters that had once covered the ugly yellow-beige color of the walls.

I remember the times that I heard her singing and muffled thumps of her dancing. She was always good with both. Gifted, our teachers would say. Talented, said Ellen. Pure awesomeness, I would say when she let me watch her practice.

And now, she is finally going to follow her dream.

She says that I'll be able to see her on TV. I wonder if that's true, but my sister is not one to quit. She's smart, the best person I have ever known. If anyone could rule the world, it would be her.

When she succeeds, I hope she'll remember me.

1
0
1
Challenge
Apology Poems
Write a poem in which you apologize for something. Feel free to go as deep as you like.

I’m not who you want me to be,

I hope you’ll find it in your heart,

I’ll make it to the top,

Who I want to be,

I’ll get back up,

Why do I exist?

I feel a beat,

1
0
0
Challenge
Dreams
What is an interesting dream that you've had?

MoonLioness in Stream of Consciousness
• 13 reads

I had found a set of automatic sliding doors (The type that is the entrance to most stores) in front of me. When I stepped inside, the doors opened into enormous room/area. It was huge. The floor and walls were gray, with the floor made of a thin carpet that had different stripes of gray. There were dozens of elevators, each shaped like a tube that was clear. There would be this platform that you step on, and then it would take were you would need to go.

(At this point, I seem to have teleported with a time skip)

I'm in a line, following a small number of students (people my age?) dressed in a white button-down shirt, a gray blazer, a red and blue tie, and skirts or pants depending on if the student was male or female. I was holding a brown notebook.

We were in a narrow hallway, very narrow compared to the open area that I had first encountered, and again, the walls, ceiling and floor were gray. The only difference was that the place where the floor met the walls had a white trim (It looked exactly like the ones that I have in my house). We were following the instructor; I had no idea who it was because I never got a good look. After a minute of walking, we exited the hallway into a bigger area. I saw a railing around a spherical mystery object covered by a tattered old plastic sheet. We walked around it and then I had thought, 'Culinary arts'. As we walked, we passed by a potted plant. The instructor said, "This is made from chocolate." When I walked by the plant, I had scrutinized it and for some random reason, a dress image popped up in my brain.

(Another teleportation and time skip?)

I was in an elevator, like the one I had described before. This time, I was going down. I was the only one in the elevator, holding the brown notebook. When I exited the elevator, I was rushed off by something that vaguely resembled a person. Then I walked to someplace and ended up walking around and around in a circle in frenzy, with the words 'Fashion Design' just running along with the sense of being hurried.

(Not sure if this next part is a part of the same dream, but I think so)

I'm running down this spaceship looking hallway. This hallway has white floor lights with a red-light trim running on the side and the ceiling. It gave off this cool effect, and the light was just enough so that some of the hallway was still dark. I entered a room, and it appeared to be a lab, with many different chemicals and beakers everywhere. Some splattered on the floor and the counters were completely covered with them. A dude in a yellowed white lab coat appeared told me, "We need a cake!" In a frustrated voice. This prompted me to hurry about, mixing things and more running in the hallways. In the end, the cake was delivered to a little girl's birthday party. There were balloons, the cake, presents in gift bags, and food. The birthday girl was happy, and the lab man was less frustrated.

Note: I don't remember the exact wording of the dialogue, so they're somewhat close.

1
0
0
Challenge
What's in A Name?
Welcome all new prosers...while the community has done this before...new and old, tell us how you picked your Prose pen name?

3
1
1
Challenge
Weight Loss
Come up with 5 helpful tips for weight loss that do not include diet or exercise. Be outrageous. Think of what has never been tried or heard of before and then dial it up to madness. The one to write the 5 most innovative tips that make us laugh out loud will be the winner.

“You Shall Go to the Ball!”

Remember Cinderella's stepsisters? Well, they were excellent with losing weight.

1. Buy extra small corsets in order to force yourself to eat only one or maybe two bites of food. Then have your stepsister, who has no idea she's going to be a princess, use all her strength from hauling water buckets to squeeze your waist until you can't breathe or bend over. Works like a charm!

2. This next one is not for the faint-hearted. Take a cleaver or run to the butcher and grab one of their knives. Now, carefully cut off chunks of your feet. The heal or toes are the most popular places. While blood is still pouring out of your feet, stick them into exquisitely designed shoes made just for your small-footed stepsister. You will feel lighter immediately!

3. Watch out, you might be blinded. When your aforementioned stepsister finally marries her prince, and you get to stand on the balcony with her, hire some ravens to peck your eyes out. You'll be in agony for days, but that doesn't matter. You'll feel so much better once you realize you can't see how fat you are!

4. This one, yet again, involves your stepsister. Follow your stepsister around, mercilessly teasing her. Make sure to yell at her until you lose your voice. Your newly chiseled jaw muscles might just cause that young man (or woman), that you've been eying for a while, ask to court you. When Stepsister tries to follow you to the royal ball, tear her dress and necklace into shreds. Excellent bicep and triceps workout. Force her to do your bidding by ordering her around. Walk back and forth, making sure you follow her around like a nagging fly. Make sure she gets those chamber pots!

5. Learn to sing like a braying donkey or sketch like a bird who can't hold a pencil. Sing every day at high volumes in order to further your singing. Good thing you are tone deaf. Sing so much that it physically hurts to eat. Watch all those calories wash away! If you prefer not to sing, don't worry! We've got another option for you too! Pick up a piece of paper and a pen. Scribble until you cannot anymore. Make sure each picture looks like your anguish when your suitor decides to court another lady or gentlemen. Your sore arms will discourage you from ever picking up a fork. Let all those emotions out!

Hmm... I wonder what Hansel and Gretal might have to offer.